SELFFAMILYSOCIETYHUMANITYEARTHUNIVERSEDIVINE
Home/We Might Live in the Computer Program, but It May Not Matter

We Might Live in the Computer Program, but It May Not Matter 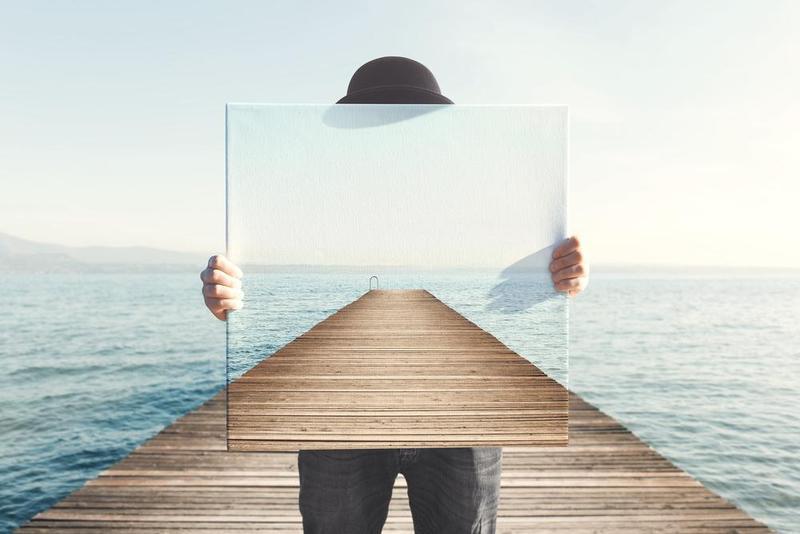 Are you real? What about me? These used to be questions that only philosophers worried about. Scientists just got on with figuring out how the world is, and why. But some of the current best guesses about how the world is seem to leave the question hanging over science too.

Several physicists, cosmologists and technologists are now happy to entertain the idea that we are all living inside a gigantic computer simulation, experiencing a Matrix-style virtual world that we mistakenly think is real. Our instincts rebel, of course. It all feels too real to be a simulation. The weight of the cup in my hand, the rich aroma of the coffee it contains, the sounds all around me – how can such richness of experience be faked? But then consider the extraordinary progress in computer and information technologies over the past few decades. Computers have given us games of uncanny realism – with autonomous characters responding to our choices – as well as virtual-reality simulators of tremendous persuasive power. It is enough to make you paranoid. The Matrix formulated the narrative with unprecedented clarity. In that story, humans are locked by a malignant power into a virtual world that they accept unquestioningly as "real". But the science-fiction nightmare of being trapped in a universe manufactured within our minds can be traced back further, for instance to David Cronenberg's Videodrome (1983) and Terry Gilliam's Brazil (1985). Over all these dystopian visions, there loom two questions. How would we know? And would it matter anyway? The idea that we live in a simulation has some high-profile advocates. In June 2016, technology entrepreneur Elon Musk asserted that the odds are "a billion to one" against us living in "base reality". Similarly, Google's machine-intelligence guru Ray Kurzweil has suggested that "maybe our whole universe is a science experiment of some junior high-school student in another universe". What's more, some physicists are willing to entertain the possibility. In April 2016, several of them debated the issue at the American Museum of Natural History in New York, US. None of these people are proposing that we are physical beings held in some gloopy vat and wired up to believe in the world around us, as in The Matrix. Instead, there are at least two other ways that the Universe around us might not be the real one. Cosmologist Alan Guth of the Massachusetts Institute of Technology, US has suggested that our entire Universe might be real yet still a kind of lab experiment. The idea is that our Universe was created by some super-intelligence, much as biologists breed colonies of micro-organisms. There is nothing in principle that rules out the possibility of manufacturing a universe in an artificial Big Bang, filled with real matter and energy, says Guth. Nor would it destroy the universe in which it was made. The new universe would create its own bubble of space-time, separate from that in which it was hatched. This bubble would quickly pinch off from the parent universe and lose contact with it. This scenario does not then really change anything. Our Universe might have been born in some super-beings' equivalent of a test tube, but it is just as physically "real" as if it had been born "naturally". However, there is a second scenario. It is this one that has garnered all the attention, because it seems to undermine our very concept of reality. Musk and other like-minded folk are suggesting that we are entirely simulated beings. We could be nothing more than strings of information manipulated in some gigantic computer, like the characters in a video game. Even our brains are simulated, and are responding to simulated sensory inputs. In this view, there is no Matrix to "escape from". This is where we live, and is our only chance of "living" at all. But why believe in such a baroque possibility? The argument is quite simple: we already make simulations, and with better technology it should be possible to create the ultimate one, with conscious agents that experience it as totally lifelike. We carry out computer simulations not just in games but in research. Scientists try to simulate aspects of the world at levels ranging from the subatomic to entire societies or galaxies, even whole universes. For example, computer simulations of animals may tell us how they develop complex behaviours like flocking and swarming. Other simulations help us understand how planets, stars and galaxies form. We can also simulate human societies using rather simple "agents" that make choices according to certain rules. These give us insights into how cooperation appears, how cities evolve, how road traffic and economies function, and much else. These simulations are getting ever more complex as computer power expands. Already, some simulations of human behaviour try to build in rough descriptions of cognition. Researchers envisage a time, not far away, when these agents' decision-making will not come from simple "if…then…" rules. Instead, they will give the agents simplified models of the brain and see how they respond. Who is to say that before long we will not be able to create computational agents – virtual beings – that show signs of consciousness? Advances in understanding and mapping the brain, as well as the vast computational resources promised by quantum computing, make this more likely by the day. If we ever reach that stage, we will be running huge numbers of simulations. They will vastly outnumber the one "real" world around us. Is it not likely, then, that some other intelligence elsewhere in the Universe has already reached that point? If so, it makes sense for any conscious beings like ourselves to assume that we are actually in such a simulation, and not in the one world from which the virtual realities are run. The probability is just so much greater. Philosopher Nick Bostrom of the University of Oxford in the UK has broken down this scenario into three possibilities. As he puts it, either:

Intelligent civilisations never get to the stage where they can make such simulations, perhaps because they wipe themselves out first; or

They get to that point, but then choose for some reason not to conduct such simulations; or

We are overwhelmingly likely to be in such a simulation.