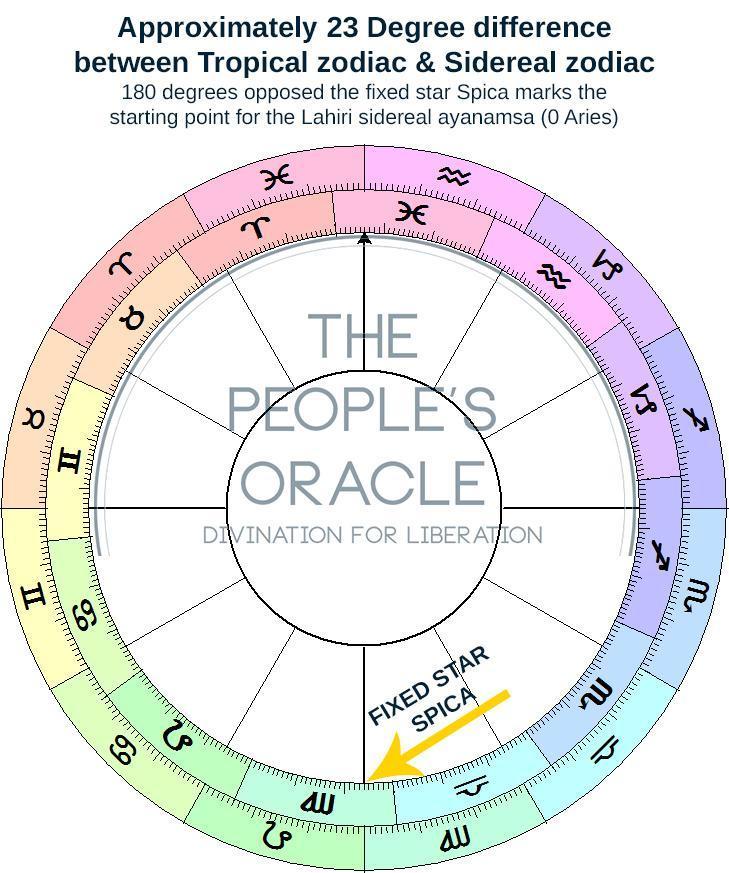 Tropical zodiac vs Sidereal zodiac, which one should astrologers choose?

First and foremost, it’s a personal choice. As with most strategies, I am a proponent of each person using what works for them. Essentially, nevertheless, I believe the choice between the Tropical zodiac and Sidereal zodiac is a philosophical choice, rather than a technical choice between which one is more mathematically correct.

Many articles detail the technical variations between the tropical zodiac and the sidereal zodiacs, as well as why astrologers would use one or the other. That is not the goal of this article. Here, The Art of Vedic Astrology: Sidereal vs. Tropical, you can find an easy explanation on the technical differences between the two zodiacs.

The zodiac is mostly a language of symbols. It is the attribution of meaning to clusters of stars, constellations, in the sky. More specifically, the meaning is attributed, in both the Tropical and Sidereal zodiacs, to 30 degree divisions of space beginning and ending at a specific point, not the actual constellations which are uneven in size.

From what is the symbolism of the zodiac derived? The answer to that question is complex.

In modern astrology the Tropical zodiac’s symbolism is a mixture of Northern Hemisphere seasonal correlations (Aries = Spring) and loose connections between the names of the planets and Greek and Roman mythology (ie. Mars, god of war). There are also some significations that come from the symbolism of the animals or objects attribute to be revealed in the constellations. So, Taurus the Bull is stubborn and willful.

The meaning attributed to and associated with signs of the Tropical zodiac seems to be more of reverse engineering. The physical experience of the seasons is attributed to the sign and planet. However in the sidereal zodiac, and especially traditionally, the symbolism of the signs comes mostly from the nature of the planets that rule each sign. In Hellenistic terms, this means the system of essential dignities and debilities.

This is not meant to be a conversation about traditional versus modern astrology; nevertheless, it is relevant since the sidereal zodiac in modern times is, with rare exception, almost exclusively used by Vedic astrologers who keep a fairly unbroken history of astrological practice. A major philosophical difference then, is that the Tropical zodiac reflects the earliest homogenization of a western culture, an attempt at normalizing astrological time.

To be clear, one kind of zodiacal symbolism is readily experienced in the physical sense, that being Tropical. And the other, Sidereal, can be observed as a phenomenon of time in space.

The phenomenon of precession – which defines the fundamental difference between how the Tropical and Sidereal zodiacs are calculated – reflects the subjective nature of time. Tropical is convenient and orderly in a way the normalizes, or standardizes time, forsaking the shifting nature of time within the context of space for something more subjective to our experience on Earth, something more ‘universal’.

The subjective nature of time is apparent with the Sidereal, but hidden with Tropical. In Sidereal the Aries point, start of the zodiac, moves as the stars in our solar system move against the backdrop of the Milky Way Galaxy, thus subtly shifting where the zodiac begins as each hour, day, and year passes. But in Tropical, the Aries point remains fixed, tethered to the intimate relationship between the Earth’s rotation around the sun.