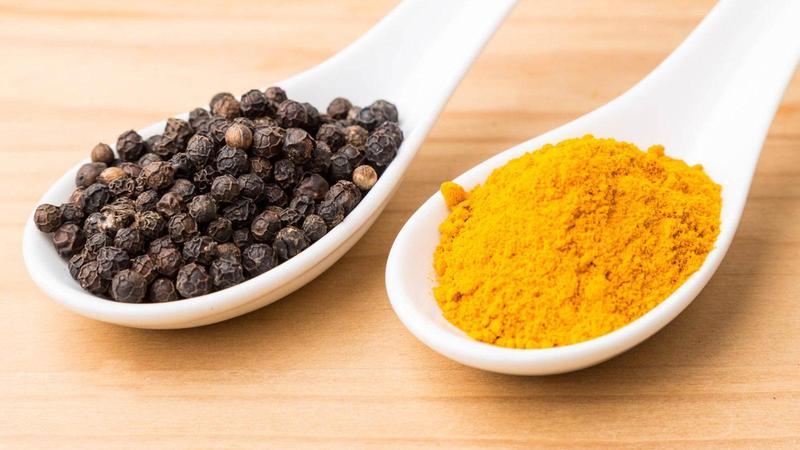 Black pepper and turmeric combined together could play an important role in preventing and even treating breast cancer, have discovered the researchers at the University of Michigan.

Though, turmeric is a powerful medicinal herb in its own merit, when it is consumed orally, it has a poor bioavailability (that is absorption) due to its rapid metabolism in the liver and the intestinal wall. Thus, it is the black pepper that can increase the bioavailability of curcumin – the active ingredient in turmeric.

Turmeric may be the most effective nutritional supplement in existence. Many studies show that it has major benefits for your body and brain. Turmeric contains bioactive compounds with powerful medicinal properties.

Turmeric is the spice that gives curry its yellow color. It has been used in India for thousands of years as a spice and medicinal herb. Recently, science has started to back up what the Indians have known for a long time: it really contains compounds with medicinal properties. These compounds are called curcuminoids, the most important of which is curcumin.

Curcumin is the main active ingredient in turmeric. It has powerful anti-inflammatory effects and is a very strong antioxidant! However, the curcumin content of turmeric is not that high… it’s around 3%, by weight.

Most of the studies on this herb are using turmeric extracts that that are standardized to include large amounts of curcumin, with dosages usually exceeding 1 gram per day. It would be very difficult to reach these levels just using the turmeric spice in your foods. Therefore, if you want to experience the full effects, you need to take an extract that contains significant amounts of curcumin.

Since curcumin is poorly absorbed into the bloodstream, it helps to consume black pepper with it, which contains piperine – a natural substance that enhances the absorption of curcumin by 2,000%!

I personally prefer to swallow a few whole peppercorns along with my curcumin supplement, in order to enhance the absorption. Curcumin is also fat soluble, so it may be a good idea to take it with a fatty meal.

Curcumin is a natural anti-inflammatory compound. And inflammation is incredibly important. It helps the body fight foreign invaders and also has a role in repairing damage. Without inflammation, pathogens like bacteria, could easily take over our bodies and kill us. Although acute (short-term) inflammation is beneficial, it can become a major problem when it is chronic (long-term) and inappropriately deployed against the body’s own tissues.

Peppercorns contain an impressive list of plant-derived chemical compounds that are known to have disease-preventing and health-promoting properties. Black pepper has been in use for centuries for its anti-inflammatory, carminative (anti-flatulent properties). It relieves flatulence or colic very efficiently by expelling gas. Peppers have also been used therapeutically in dentistry as an antiseptic for tooth-decay and gum swellings.

Peppercorns are composed of health benefiting essential oils such as piperine, an amine alkaloid, which gives strong spicy pungent character to the pepper. It also contains numerous monoterpenes hydrocarbons such as sabinene, pinene, terpenene, limonene, mercene, etc., which altogether gives aromatic property to the pepper.

The above-mentioned active ingredients in the pepper may increase the gut motility as well as the digestion power by increasing gastro-intestinal enzyme secretions. It has also been found that piperine can increase absorption of selenium, B-complex vitamins, beta-carotene, as well as other nutrients from the food.

Black peppercorns also contain a good amount of minerals like potassium, calcium, zinc, manganese, iron, and magnesium. Potassium is an important component of cell and body fluids that helps control heart rate and blood pressure. Manganese is used by the body as a co-factor for the antioxidant enzyme, superoxide dismutase. Iron is essential for cellular respiration and blood cell production.

They are also an excellent source of many vital B-complex groups of vitamins such as pyridoxine, riboflavin, thiamin and niacin. Peppercorns are a good source of many anti-oxidant vitamins such as vitamin-C and vitamin-A. They are also rich in flavonoid polyphenolic anti-oxidants like carotenes, cryptoxanthin, zea-xanthin and lycopene. These compounds help the body to remove harmful free radicals and help protect from cancers and diseases.

The black pepper is one of the most versatile spices used in virtually all kinds of savory cooking. In order to keep their fragrance and flavor intact, they are generally ground just before preparing dishes and added at the last minutes in the recipes (since prolonged cooking results in evaporation of essential oils).

It is an anti-cancer mix: the black pepper’s piperine makes the cancer-fighting curcumin in turmeric as much as 1,000 times more bioavailable. Without piperine, bioavailability of turmeric is really low!

In a study, published in the Breast Cancer Research and Treatment Journal, researchers discovered that curcumin and piperine, when combined, were able to target cancer stem cells.

It can improve memory: It sounds too good to be true, but thanks to the high antioxidants in both turmeric and black pepper, this powerful combo can actually improve your memory skills. It can also help people suffering from Alzheimer’s or other degenerative diseases, by preventing memory loss and further degeneration.

It reduces pain and inflammation: piperine and curcumin compounds have been shown to influence more than 700 genes, and they can inhibit both the activity and the synthesis of cyclooxygenase-2 (COX2) and 5-lipooxygenase (5-LOX), as well as other enzymes that have been implicated in inflammation.

It promotes weight loss: turmeric and black pepper can help with weight loss. The piperine in the black pepper is thermogenic, meaning it raises the metabolism and increases the number of calories burned by the body. It is also believed to help trigger a sensation of fullness.

It is a natural antidepressant: active compounds in both turmeric and black pepper have potential anti-depressant effects. These compounds can raise the levels of serotonin and dopamine in the brain and inhibit monoamine oxidase, an enzyme which is linked to depression if found in the brain in high levels.

It can improve cholesterol levels: This combo is known to help lower cholesterol levels – especially the bad ones – as well as triglycerides, both of which can lead to cardiovascular disease, heart attack or stroke.

Black pepper and turmeric can be added to most foods and even fresh vegetable juices or smoothies.