This Oil is an Ancient Folk Remedy that Kills Cancer Cells 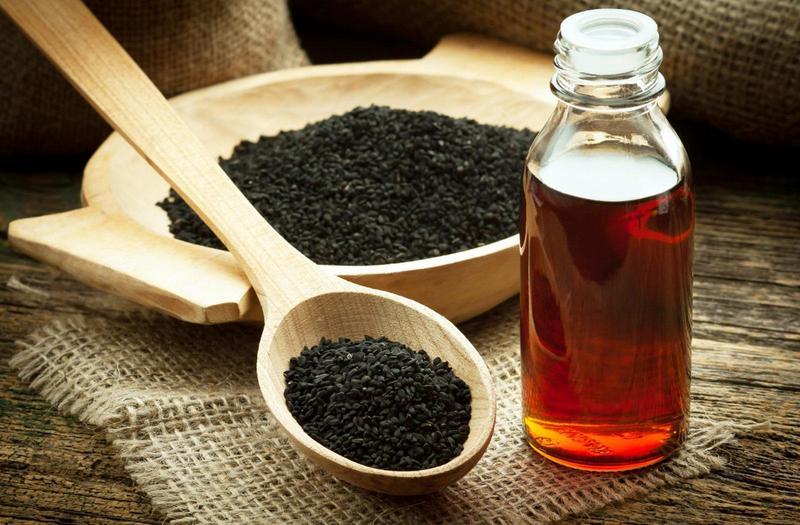 Despite a few decades of very positive studies on using black seed oil against cancer, researchers have rarely progressed their work into human clinical testing, even though the benefits are powerful and the risks of negative side effects are very small. As you will find out from the research results that I will share, the use of black seed oil for cancer prevention and treatment has proven to be a powerful method for many forms of cancer. Yet black cumin seed oil still has not been recognized as beneficial by mainstream medicine. I will discuss some of the political pressures that might be holding back clinical research with human cancer patients, and will think why drug companies may wish to suppress the use of black seed oil.

In two separate 2011 studies, Chinese researchers and Saudi Arabian researchers reviewed the scientific literature for the use of black seed oil (also called black cumin seed or Nigella sativa), with cancer. They reconfirmed the anti-cancer property of this safe and natural seed oil. They mentioned that black seed oil has been used as a traditional medicine for centuries. The oil and the extracted component called thymoquinone are both effective against many illnesses such as cancer, cardiovascular complications, diabetes, asthma, kidney disease, etc. It is a safe and effective agent against cancer in the blood system, lungs, kidneys, liver, prostate, breast, cervix, and skin. These researchers pointed out that the molecular mechanisms behind its anti-cancer role are still not clearly understood. Nevertheless, some studies demonstrated that thymoquinone plays an antioxidant role and enhances the body’s defense system. Black seed oil induces apoptosis, which means that it helps the body to systematically eliminate old cells, unneeded cells, and unhealthy cells (such as cancer cells) without releasing toxins into the body. It also controls the Akt pathway, which means it controls the process that manages cell survival for both normal and cancer cells. Although the anti-cancer activity of Nigella sativa was recognized thousands of years ago, it was not until the past two or three decades that modern scientific research has been undertaken to study this significant traditional medicine.

Black Seeds and Honey Work Together – Folk Medicine is Correct

Egyptian scientists researched the protective effect of bee honey and Nigella grains on the oxidative stress and the cancer that was created by exposing rats to a strong carcinogen. After the four groups of rats were exposed to the carcinogen, some groups were fed black seeds or honey, and one group was fed both black seeds and honey. The rats were evaluated after 6 months. The rats that ate black seeds received an 80% protection against oxidative stress and cancer formation. Whereas the rats that ate a daily dose of both honey and black seeds were protected 100% against oxidative stress, inflammatory responses, and cancer formation.

Black Seed Oil is An Important Aid to Radiation Treatments

In a 2014 study, Turkish scientists reported how black seed oil could potentially be beneficial for people receiving radiation treatment for cancer. They mentioned that many cancer patients treated with radiation therapy suffer adverse side effects during and after their treatment. This research investigated the effects of irradiation and the addition of black seed oil on the oxidant/antioxidant system in the liver tissue of irradiated rats. They exposed some of the rats to a single dose of gamma radiation. One group of rats received one gram of black seed oil per kilogram of body weight one hour before the radiation and received a daily dose afterward for 10 days. Another group received the radiation treatment and was given a saline solution instead of black seed oil. The control group was not irradiated. The analysis of the data demonstrates that black seed oil lowers oxidative stress markers and has antioxidant effects, which also augments the antioxidant capacity in the liver tissue of rats. So, the use of black seed oil before radiation treatment, and for 10 days afterward, protected the rats from some of the harmful effects of radiation. In a 2012 study in India, scientists investigated the effect of using an extract of black seeds on mice exposed to gamma radiation. A group of normal mice and a group of tumor bearing mice were tested. This experiment was done to mimic the human clinical setting where normal tissues of cancer patients are exposed to the harmful effects of radiation therapy. The mice were given black seed extract before being exposed to the gamma radiation. They were given 100 mg of black seed extract per 1 kg of body weight. The results demonstrated that the extract of black seed protected the liver, spleen, brain and intestines from gamma radiation damage for both the normal mice and the mice with tumors. Researchers concluded that the liquid extract of black seeds has protective effects against radiation-induced damage and biochemical alterations. They attributed this protective effect to the ability of the extract to scavenge free radicals and to its antioxidant properties. Thus, the liquid extracted from black seeds could be used with human cancer patients who receive radiation to protect against oxidative stress in normal tissues, and to mitigate other unwanted side effects of radiation. This could improve the quality of life for cancer patients.

Researchers from Ohio State University completed a research in 2013 indicating that glioblastoma is the most aggressive and common sort of malignant brain tumor in humans, with a median survival of 15 months. These researchers noted that there is a great need for additional therapies for the treatment of glioblastoma. Naturally appearing phytochemicals have received much scientific attention because many exhibit potent tumor killing action. Thymoquinone is one of the bioactive compounds of black seed oil. Thymoquinone has anti-oxidant, anti-inflammatory and anti-cancer actions. It has selective cytotoxic properties for human cells, which means that it kills human cancer cells while not being harmful to normal cells. This particular research studied how thymoquinone selectively inhibits the ability of glioblastoma cancer cells of the brain and spinal cord from making clones of themselves. Thymoquinone, however, does not inhibit normal cell activity in the human brain and spinal cord. Another essential ability of thymoquinone is the inhibition of autophagy genes in cancer cells. Autophagy in cancer cells enables continued growth of tumor cells by maintaining cellular energy production. If autophagy is inhibited, then cellular energy production for cancer cells will also be inhibited. This will lead to a regression of tumor activity, and will extend the survival of organs affected by tumors. Thus, thymoquinone’s ability to inhibit cancer cells from making clones of themselves and its ability to inhibit cancer cells from reusing cellular materials from other cells by means of autophagy, provide an exciting and emerging strategy for cancer therapy.

Malaysian researchers mentioned in a 2013 study that there is a growing interest in the use of naturally occurring compounds from conventional medicine which have anti-cancer potential. Nigella sativa (black seed) is one of the most widely researched plants. This annual herb grows in countries bordering the Mediterranean Sea and India. Thymoquinone is one active ingredient isolated from Nigella sativa. The anti-cancer effect of thymoquinone, via the induction of apoptosis resulting from mitochondrial dysfunction, was assessed in an acute leukemia cell line. Researchers found that treatment of leukemia cells with thymoquinone encouraged apoptosis resulting in cell death. These results indicate that thymoquinone from black seeds could be a promising agent for the treatment of leukemia.

Researchers from the University of Mississippi Medical Center noted in their 2007 research that that the chemotherapy drug 5-fluorouracil goes on to be the chemotherapeutic gold-standard for the treatment of colon cancer. Nevertheless, they noted that the side effects of 5-FU are numerous due to its ability to attack both healthy and cancerous cells. They responded to previous research findings demonstrating that antioxidants have an ability to deter certain disease processes, especially cancer. They studied epigallocatechin-3-gallate, the most abundant catechin found in green tea, and thymoquinone which is regarded as the most significant anti-cancer component of black seeds. Black seeds are known for their strong scavenger abilities. They are an inhibitor of oxidative stress, and have been utilized in the Middle East for centuries because of their capability to heal many various diseases. The objective of this study was to investigate the role of sustained delivery of thymoquinone from black seeds, catechin from green tea, and the chemotherapy drug 5-FU on the metabolic activity and the structural changes in human colon cancer cells in laboratory cultures. Results of this research demonstrated that green tea catechin and black seed thymoquinone produced significant cancer cell destruction and interfered with cellular metabolic functions, which was comparable to cells exposed to sustained drug delivery of the chemotherapy drug 5-FU. Morphologically, cellular changes occurred after exposure to green tea catechin and thymoquinone for 24 hours, which was comparable to the cellular changes seen in cells exposed to the chemotherapy drug 5-FU. Ultimately, the researchers concluded that the natural agents may offer a safe alternative treatment for colon cancer. In an earlier study in 2004, Lebanese researchers identified the powerful role of black seed oil as a cancer preventative and cancer treatment agent. The researchers noted that black seed and black seed oil have been used in Asia, the Middle East and Africa to promote health and fight disease. “Thymoquinone, the most abundant constituent present in black seed, is a promising dietary agent for preventing cancer. We investigated the effects of thymoquinone against human colon cancer cells. We report that thymoquinone inhibits the growth of colon cancer cells. Our data support the potential for using thymoquinone for the treatment of colon cancer.”
Recommended Articles
Related Articles
ERROR - Carousel is empty!
View All