This Fruit Detoxifies The Liver, Stops Diabetes, and Prevents Cancer 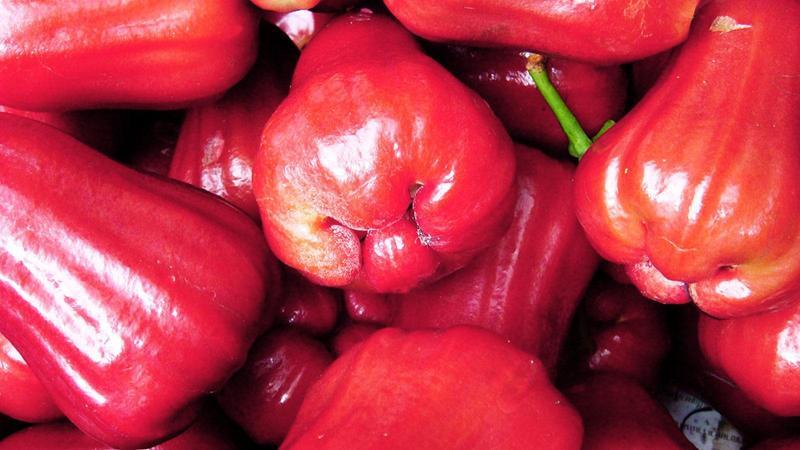 Some of the health benefits of rose apples include their ability to detoxify the liver, improve digestion, protect against diabetes, improve the immune system, lower cholesterol, prevent certain types of cancers, eliminate fungal and bacterial infections, reduce fevers, and even halt epileptic seizures.

Despite of the misleading name, rose apples are not related to roses or apples. In fact, rose apples are most closely related to guava, and although there are multiple species, the most commonly eaten variety has the scientific name Syzygium jambos. The plant is a shrub or a small tree that is actually native to Southeast Asia, but it was spread throughout the world as an ornamental plant. However, it is now considered an invasive species, as it can grow and propagate very quickly, overtaking local flora. It has dozens of names, depending on which country you find yourself in, leading to mistaken identity of the fruit trees as something else entirely. For example, jambu is a popular name for this fruit, which is very similar to jaamun, which is a different fruit in many areas of India.

It looks very similar to a guava, and is often mistaken as such, but it has a very different texture, flavor, and odor and also only has one or two large, unarmored seeds in an open, central cavity.

In culinary use, rose apples, which are often bell-shaped in appearance, can be eaten raw, as apples, and are often used in a variety of dishes and desserts. Although research is limited, some very important health benefits have been associated with this unusual fruit. Let’s take a closer look.

Diabetes Control: Jambosine is a type of alkaloid that has shown promising results in blocking or regulating the conversion of starch into sugar. This could be a very important development for diabetics and those at risk for developing diabetes. Further research is ongoing about the impact of jambosine on blood sugar control.

Digestion: The high fiber content of rose apples makes them very good for regulating the passage of food through your digestive tract, relieving constipation and more serious health conditions. Also, in traditional medicine, the seeds of rose apples have been used to prevent diarrhea and dysentery.

Cancer Prevention: The active organic compounds in rose apples, combined with vitamin C and vitamin A, have become known as effective cancer-prevention treatments. Early research and traditional medical texts claim that prostate and breast cancers are reduced by adding rose apples to your diet.

Toxicity: For hundreds of years, rose apple decoctions have been used as a diuretic substance, which helps to clear out liver and kidney toxicity, while also boosting the overall health and metabolic efficiency of the body.

Immune System: The active and volatile components in rose apple have been linked to having antimicrobial and anti-fungal effects. Research has shown that it can protect the skin from developing various infections and can boost the strength of the immune system against infection diseases.

Other Uses: Although research is still being conducted, rose apples can potentially benefit other health concerns like epileptic seizures, smallpox, inflammation of the joints, sore or strained eyes, and an increase in cognitive ability.

Word of Caution: The stems, seeds, and leaves of certain cultivars can be highly toxic and contain trace amounts of cyanide. Only consume rose apples from trusted markets and avoid excessive consumption of other parts of the fruit besides the flesh and skin itself.