Home/Articles/These 10 Ingredients Wreck Havoc to Your Health. Avoid Them!

These 10 Ingredients Wreck Havoc to Your Health. Avoid Them! 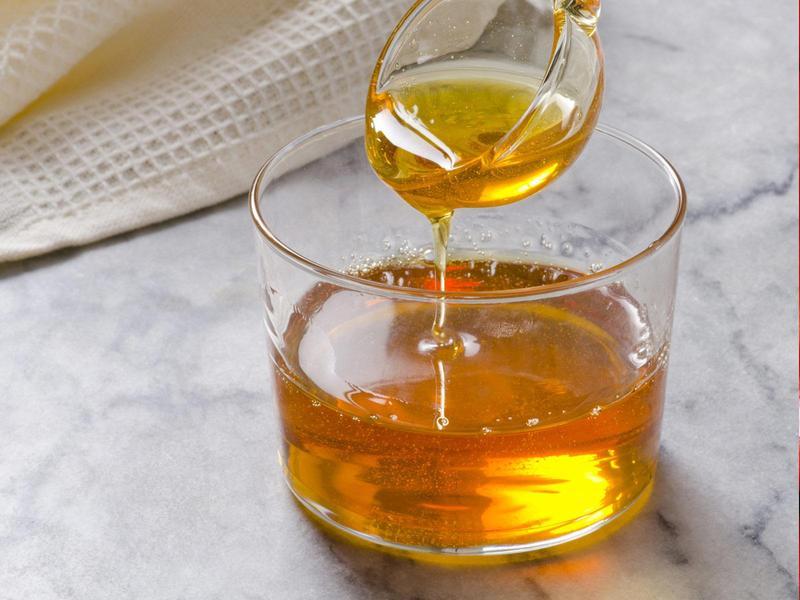 Food companies use lots of unhealthful and dodgy ingredients to extend shelf life, add gaudy colors, and make us crave their products.

You can (and should!) steer clear of these toxic, tacky ingredients to protect your family’s health. When enough of us say “no way,” these food companies will get the message and clean up their act.

Here are the top 10 “worst of the worst” food ingredients in our opinion (not necessarily ranked in order of the harm they do):

What is it: MSG is an amino acid used as a flavor-enhancer in processed foods (one of the most common food additives).

Why is it bad: It’s an known excitotoxin, which is a neurotoxic chemical additive shown to harm nerve cells— overexciting them, sometimes to the point of cell death. Regularly consuming excitotoxins like MSG destroys significant numbers of brain cells and can lead to serious health problems, including neurological disorders. (The two other common excitotoxins used in food are aspartic acid (found in aspartame) and l-cysteine, which is used as a dough conditioner.) In addition, regular consumption of MSG has been shown to stimulate the appetite and contribute to weight gain and obesity.

What is it: One of the most widely-used artificial sweeteners.

Why is it bad: Like MSG, aspartame is an excitotoxin. It also is believed to be carcinogenic, and produces neurotoxic effects such as headaches, dizziness, blurry vision, and gastrointestinal disturbances.

Aspartame contains 10-percent methanol, which is shown to be broken down by the body into the toxic by-products formic acid and formaldehyde. Formaldehyde is considered to be a potent nerve toxin and carcinogen, which may explain why aspartame accounts for more reports to the FDA of adverse reactions than all other foods and food additives combined.

Where is it found: Over 6,000 products contain it, including diet and sugar-free sodas and drinks, sugar-free chewing gum, yogurt, breath mints, instant breakfasts, frozen desserts, juice beverages, and gelatins.

What is it: This is a highly-refined sweetener in which corn starch is separated from the corn kernel. The corn starch is then converted into corn syrup through a process called acid hydrolysis.

Why is it bad: Nearly all HFCS is made from genetically-modified corn. It is the number-one source of calories in the US diet, and has been shown to contribute to weight gain and the development of diabetes.

HFCS also is a major contributor to cardiovascular disease, arthritis, insulin resistance, and elevated triglycerides and raised LDL cholesterol. In 2009, the Environmental Health Journal reported that a study conducted by the Institute for Agriculture and Trade Policy found mercury in 9 of 20 samples of commercial HFCS. The HFCS came from 3 different manufacturers including popular brands such as Quaker, Hunts, Kraft, Yoplait, Nutri-Grain, and Smuckers. Mercury is a heavy metal and is considered a potent brain toxin. The presence of mercury-contaminated caustic soda in the production of HFCS is common.

What is it: This highly-processed sweetener is derived from the agave (cactus) plant. Most agave sold in the US comes from Mexico.

Why is it bad: Many consumers believe agave syrup is a healthful sweetener, but it’s anything but. Agave nectar contains the highest amount of fructose (55-97%) among all the commercial sweeteners, including HFCS (which averages 55% fructose).

Fructose has been shown to increase insulin resistance, the precursor to Type 2 diabetes. It is mainly broken down in the liver and then converted to fat. Excessive fructose, when consumed in quantities greater than 25 grams a day, has been shown to elevate uric acid levels, which causes chronic, low level inflammation throughout the body. It is also a main cause of fatty liver disease.

Where is it found: Ice cream, energy bars and cereals, ketchup and other sauces. Agave is also sold as a stand-alone sweetener.

What is it: If your food isn’t naturally colorful, these additives tint them much like the dyes that color clothing.

Why is it bad: Artificial food dyes were originally synthesized from coal tar — and now they are derived from petroleum. They have long been controversial, and are one of the most widely used additives in food products today. Many dyes have been banned because of their adverse effects on laboratory animals. Studies have confirmed that nine dyes currently approved for use in the US raise the following health concerns.

According to the Center for Science in the Public Interest’s (CSPI) study on food dyes, “The three most widely used dyes, Red 40, Yellow 5, and Yellow 6, are contaminated with known carcinogens. Another dye, Red 3, has been acknowledged for years by the Food and Drug Administration to be a carcinogen, yet it is still in the food supply.” CPSI further reports that these nine food dyes are linked to health issues ranging from cancer and hyperactivity to allergy-like reactions.

A large-scale British government study (published in 2007in the UK medical journal Lancet) found that a variety of common food dyes, as well as the preservative sodium benzoate, increased hyperactivity and decreased the attention spans of children. These additives were shown to adversely affect children with attention-deficit hyperactivity disorder (ADHD), along with children having no prior history of behavior problems.

The European Union (EU) has put labeling regulations in place to inform consumers of the health risks, but the US has failed to follow suit.

What is it: Butylated hydroxyanisole (BHA) and butylated hydrozyttoluene (BHT) are preservatives used in many foods to prevent oxidation and extend shelf life.

Why is it bad: BHA and BHT are oxidants, which have been shown to form potentially cancer-causing reactive compounds in the body. The International Agency for Research on Cancer, part of the World Health Organization, considers BHA to be possibly carcinogenic to humans, and the State of California has listed it as a known carcinogen.

What are they: These two closely-related chemicals are used to preserve meat.

Why are they bad: When added to meat, the nitrates are readily converted to nitrosamines, which are associated with an increased risk of certain types of cancers. This chemical reaction occurs most readily at the high temperatures. In a 2007 analysis, The World Cancer Research Fund revealed that eating 1.8 ounces of processed meat every day increases your cancer risk by 20%.

What is it: A form of bromide, it is used as an additive to increase the volume in some breads, rolls, and flours.

Why is it bad: It has been shown to cause cancer in animals and is banned in the EU, Canada, and several other countries. The FDA, since 1991, has requested that bakers voluntarily stop using it. It is rarely used in California because a cancer warning is required on the label. Bromide is considered to be an endocrine disruptor.

Where is it found: Most commercial baked goods in the US, including Wonder Bread, Sunbeam, Home Pride (but not in Pepperidge Farm, Arnold, Entenmann’s, and Orowheat brands). It’s also common in flour, and occurs in some toothpaste and mouthwash brands as an antiseptic.

What is it: Produced by Monsanto, rBGH is a genetically-engineered version of the natural growth hormone produced by cows. It is used to boost milk production in dairy cows.

Why is it bad: “rBGH milk” contains high levels of insulin-like growth factor (IGF-1), excess levels of which have been implicated as major causes of breast, colon and prostate cancers. rBGH milk is not required to be labeled.

Giving cows rBGH has been shown to increase the incidence of mastitis. When a cow has mastitis, pus and blood are secreted into the milk. It also leads to antibiotic resistance, which is tied to the spread of virulent staph infections such as MRSA. Hormones in food have also been linked to the onset of early puberty for girls.

Consumer feedback spurred such megabrands as Dannon and General Mills, and the supermarket chains Wal-Mart, Starbucks, and Publix to phase out products with hormones rBST and rBGH.

Where is it found: All dairy products that aren’t specifically labeled “No rGBH or rBST.”

What is it: There are many different kinds of commercially-refined vegetable oils, including soybean oil, corn oil, safflower oil, canola oil, and peanut oil.

Why is it bad: Refined cooking oils are made by intensive mechanical and chemical processes that extract the oil from the seeds. The refining process also utilizes chemical solvents and high temperatures. The oils are then typically deodorized and bleached. This process removes the natural vitamins and minerals from the seeds and creates a product that has been shown to become rancid and oxidize easily, causing free radical formation.

These oils are also high in Omega-6 fatty acid, which is inflammatory and neutralizes the benefits of Omega-3s in your diet. The oxidation effect has been shown to contribute to inflammation in the body, DNA damage elevated blood triglycerides, and impaired insulin response. Additionally, many refined vegetable oils are hydrogenated. This process creates trans fatty acids, which are known to contribute to heart disease and some cancers.

Where is it found: Many, if not most, processed foods such as crackers, granola bars, and baked goods use these vegetable oils. They also are popular as stand-alone products (i.e., cooking oils and margarines).

This is certainly not a complete list of all the unhealthful ingredients (just the top 10 worst food ingredients in our opinion) in commercial foods today, but these are the ones to avoid like the plague. If you have other nominees, please add them here.

If we consumers refuse to purchase products containing these ingredients, the food industry will quit making them. It’s really that simple. (You’d be surprised at how closely food companies monitor their sales!)

“Voting” with your money is a powerful and immediate way to influence the quality of food in the supermarket. The more you vote, the faster things will change!