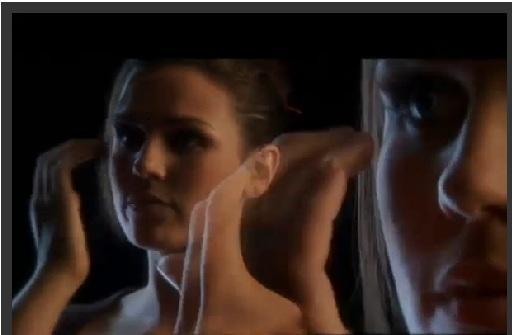 Even though the world didn’t end on Dec. 21, 2012, perhaps a real energetic change in our worldview did occur on that auspicious date. One anomaly that shows evidence of such a transformation was a workshop I co-facilitated in April for 86 health care practitioners in Greensboro, N.C., on Emotional Freedom Techniques (EFT) for Mental Health and Wellness. The enthusiastic participating psychologists, social workers, counselors, nurses, dietitians, physicians and other therapists expressed surprise that a continuing education course on energy tapping would even be offered.

This year there is a major therapeutic paradigm shift going on right before our eyes, as 2013 is the proverbial tipping point for acupuncture meridian tapping. It has been 33 years since Roger Callahan developed Thought Field Therapy (TFT) using acupoint stimulation for relief of traumatic memories and 22 years since Gary Craig trained in TFT and then developed EFT. It has been 11 years since I learned it from Gary’s free online manual and received a preprint of the first randomized controlled trial of EFT in a major psychology journal from one of the co-authors, Patricia Carrington.

This winter, many different paths in this evolutionary process converged to tip the paradigm over. Psychologist David Feinstein published a review article of 18 randomized controlled trials of “Acupoint Stimulation in Treating Psychological Disorders” in the Review of General Psychology, an American Psychological Association (APA) journal. Then EFT researcher Dawson Church published a landmark randomized controlled trial of “Psychological Trauma Symptom Improvement in Veterans using EFT” in the Journal of Nervous and Mental Disease, a major psychiatric journal.

In tandem with these two major academic achievements came an even more significant political one, as the APA finally granted continuing education credits for psychologists to study tapping, also known as energy psychology. This breakthrough came about through the persistent efforts of the Association for Comprehensive Energy Psychology (ACEP) over the course of five years including the use of legal negotiations. Although the APA is still not actually advocating its use, it is now possible for psychologists to learn energy psychology for professional credit.

The global reach of EFT got taken to the next level in February when the World Tapping Summit, sponsored by HuffPost blogger Nick Ortner and his sister Jessica, had about 500,000 people online from all over the world learning the latest tips for free from 20 of the top tappers. Included was my teacher, Carol Look, author of Attracting Abundance with EFT, who was one of the therapists in the Operation: Emotional Freedom pilot project for veterans. The abundant EFT blessings continued when Nick’s book The Tapping Solution was published by Hay House and shot up the bestseller lists.

Considering the epidemic of trauma around the world, it is important for everyone to learn to tap and heal themselves, not only health care professionals, but also laypeople. Many of the leading tapping teachers are lifestyle coaches, such as Cheryl Richardson, who prompted me to learn EFT in 2002. When Cheryl heard I was already doing acupuncture and hypnosis at Duke University Medical Center, she suggested EFT would be the perfect combination of both techniques. My very first use was for a Duke student with severe hives after a serious car accident, which resolved completely in one short session.

After that first experience, I started teaching EFT to all my acupuncture patients, so they could work on their own self-healing between appointments. I eventually found I could get quicker results for emotional issues just using tapping followed by hypnosis. EFT focuses on negative self talk and deletes energetic body memories to provide a space for positive hypnotic suggestions to go in. For efficiency, I teach it in groups to provide relief from food cravings, stress, pain, phobias, and performance anxiety. Individual work with clients often provides amazing and lasting results in just a few sessions.