The Science Behind The Incredible Health Benefits of Walking Barefoot 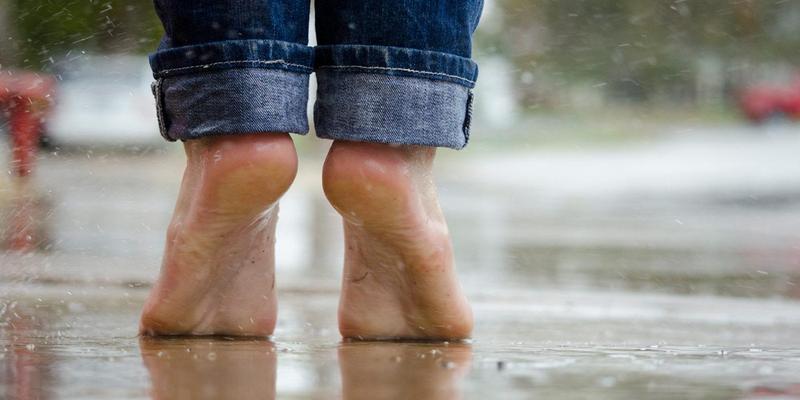 Kick off your shoes and walk around barefooted to experience some of the underappreciated benefits of strong feet. As part of their ongoing research, experts from Ithaca College’s School of Health Sciences and Performance recently highlighted the important role the “often overlooked” muscles in the feet play in improving stability, balance, posture, and prevent common injuries, similar to the abdomen.

"If you say 'core stability,' everyone sucks in their belly button," said Patrick McKeon, a professor at the department of Exercise and Sports Sciences at Ithaca College, in a press release. Instead, McKeon wants people to shift their attention to their “foot core,” by investing time in working on their feet as much as their core muscles in the abdomen.

Our feet work on a feedback cycle, McKeon says. From the large muscles in the feet and legs to the small muscles in the feet, each sends messages to the brain about the environment. When these messages get disrupted, injuries arise as another muscle group tries to compensate for the miscommunication. Shoes typically set off these problems, as walking, running, dancing, cycling, or skipping force these muscles to absorb the body’s impact. If the foot’s small muscles miscommunicate or fail to send information up to the brain, the large muscles end up compensating. They overexert themselves, which ultimately leads to injury.

"When you put a big sole underneath ."

Overuse injuries are a problem for athletes in particular. And a recent study, published in the British Journal of Sports Medicine, demonstrated the importance of using the small stabilizing muscles in the foot, known as “local stabilizers.” Though they’re only moved ever so slightly within the feet, they are constantly active as they’re responsible for keeping the entire body stable. If just one of the four distinct layers of muscles along the bottom of the foot fails to support the arch, an endurance athlete like a runner will typically develop plantar fascia, a painful and frustrating injury on the heel.

Practicing exercises such as “foot doming” or “short foot maneuvers” can increase the strength of small foot muscles and decrease the risk of injury for big foot muscles. The exercise involves starting with a bare foot in a neutral position on the floor, then shortening it by contracting the small muscles in the arch, while keeping the toes flat on the ground. You can practice this progressively, going from sitting in a chair to standing, then on one foot, and then on to hopping and box jumps.

“Anything that has to deal with changing postures and using the forces that derive from the interaction with the body and the ground ,” McKeon said. “The more people can go barefoot, such as at home or the office, is a really good thing.”