The Most Famous Solar Eclipses in History 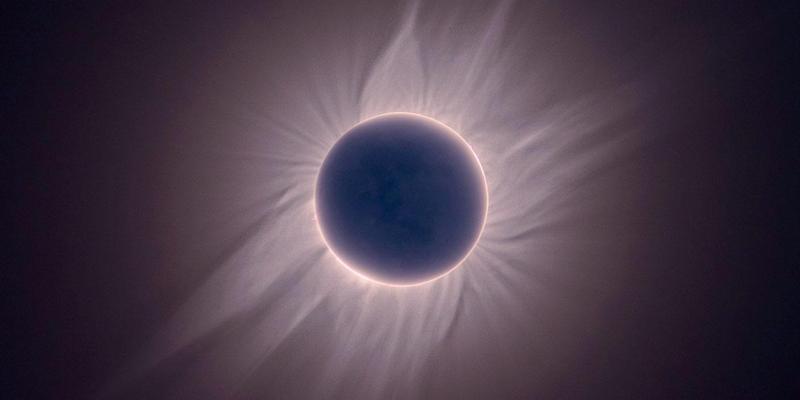 Since ancient times, people have watched the moon completely blacking out the sun for a few minutes — the entire solar eclipse, as the moon's shadow moves across Earth, can take hours — as omens that indicate an impending miracle, the wrath of God, or the doom of a ruling dynasty.

The first total solar eclipse (when the moon moves directly between Earth and the sun) seen in the USA in nearly four decades dazzled on Aug. 21, 2017. During the so-called Great American Total Solar Eclipse, the 70-mile-wide (110 kilometers) shadow cast by the moon darkened the skies from Oregon to South Carolina. During the majority solar eclipses, the moon takes just a "bite" out of the sun — these are called partial solar eclipses. This eclipse is particularly rare for its accessibility. The path of most total eclipses falls over water or unpopulated regions of the planet. The August event went down as the first total solar eclipse whose path of totality stayed completely in the United States since 1776, experts say.

One of the earliest solar eclipses recorded, the Ugarit eclipse darkened the sky for 2 minutes and 7 seconds on May 3, 1375 B.C., according to an analysis of a clay tablet, discovered in 1948. Then, a report in the journal Nature in 1989 suggested, in fact, the eclipse actually happened on March 5, 1223 B.C. That new date was based on an historical dating of the tablet as well as an analysis of the tablet's text, which mentions the visibility of the planet Mars during the eclipse. Mesopotamian historians in Ugarit, a port city in Northern Syria, recount that the sun was "put to shame" during this total eclipse.

In 763 B.C., the Assyrian empire, which was located in the place of modern Iraq, the sun was completely eclipsed for 5 minutes. Early records from the period mention the eclipse in the same passage as an insurrection in the city of Ashur, now known as Qal'at Sherqat in Iraq, claiming that the ancient people linked the two in their minds.

In 1302 B.C., Chinese historians recorded an epic total eclipse that blocked out the sun for 6 minutes and 25 seconds. Because the sun was a symbol of the emperor, an eclipse was seen as a warning to the leader. After an eclipse, an emperor would eat vegetarian meals and perform rituals to rescue the sun, according to a 2003 study in the Journal of Astronomical History and Heritage. Kevin D. Pang, an astronomer at NASA's Jet Propulsion Laboratory, and colleagues analyzed inscriptions on ancient turtle shell fragments (called oracle bones) to determine the date of the eclipse — June 5, 1302 B.C. Part of the inscription reads: "Diviner Ko asks if the following day would be sunny or not," according to a NASA press release. On the reverse side of the fragment, the inscription continued "… 52nd day, fog until next dawn. Three flames ate the Sun, and big stars were seen." Pang interpreted "three flames" as "coronal streamers licking out from the Sun's surface, visible only during total eclipses," according to the NASA statement. During the solar eclipse, as the moon's shadow covered the sun, "big stars" would be visible to Earthlings during the day.

The Crucifixion of Jesus

The Christian gospels suggest that the sky was darkened for hours after the crucifixion of Jesus, which historians saw either as a miracle or a portent of dark times to come. Later historians used astronomy to pinpoint the death of Christ based on this eclipse mention. Some historians tie the crucifixion to a total solar eclipse lasting 1 minute and 59 seconds that occurred in the year 29 C.E.; others say a second total eclipse, blocking the sun for 4 minutes and 6 seconds, in 33 C.E., marked Jesus' death.

The Koran mentions an eclipse that preceded the birth of Mohammed. Historians later connected this with a total eclipse that lasted 3 minutes and 17 seconds in 569 C.E. The sun also disappeared for 1 minute and 40 seconds after the death of Mohammed's son Ibrahim. But the world's first Muslims didn't think that eclipse was a sign from God. Instead, according to Islamic texts called the Hadiths, Mohammed announced that "the sun and the moon do not suffer eclipse for any one's death or life."

When King Henry I of England, the son of William the Conqueror, died in A.D. 1133, the event coincided with a total solar eclipse that lasted 4 minutes and 38 seconds. In the manuscript "Historia Novella," William of Malmesbury mentions that the "hideous darkness" agitated the hearts of men. After the death, a struggle for the throne threw the kingdom into chaos and civil war. In the "Anglo-Saxon Chronicle," a passage also recounts this eclipse: "In this year King Henry went over sea at Lammas, and the second day as he lay and slept on the ship the day darkened over all lands; and the Sun became as it were a three-night-old Moon, and the stars about it at mid-day. Men were greatly wonder-stricken and were affrighted, and said that a great thing should come thereafter. So it did, for the same year the king died on the following day after St Andrew's Mass-day, Dec 2 in Normandy," according to a NASA statement.

While the ancients thought of eclipses as signs of great acts of God, physicists thought of the 1919 solar eclipse as a triumph of science. During 1919's epic eclipse, in which the sun vanished for 6 minutes and 51 seconds, scientists measured the bending of light from the stars as they passed near the sun. The findings confirmed Einstein's theory of general relativity, which describes gravity as a warping of space-time.