The Era of Pervasive Neurotechnology 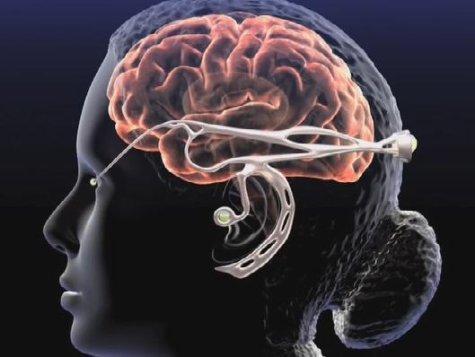 Pervasive neurotechnology is a growing area of neuroscience, developed to enhance the brain’s performance and cognitive health. These technologies are non-invasive, meaning they do not involve surgical procedures or ingesting drugs and tend to be cost-effective. As digital health technology expands beyond hospitals and research facilities, cognitive digital tools are becoming more accessible to the general consumer.

Praised for being safe with few negative side effects, the development of pervasive neurotechnology does however involve some considerations: philosophical, ethical, scientific and entrepreneurial. Some of these concerns are being debated and addressed to ensure its applications are optimal and positioned to best serve the public.

While some experts warn of the potential dangers of "mind control" — especially concerning the issues of privacy and informed consent — others are more positive and see neurotechnology as an advanced way of improving the mental functioning of the cognitive impaired and general well-being in healthy individuals.

A Huge Boom in New Patents

Neurotechnology is becoming a major area of business development, and there are new patents continuously being filed in this domain. Between 2000 and 2009, there were only 400 patents filed. The number rose to 800 in 2009, and went up to a whopping 1,600 in 2014, signaling a rapid increase in activity.

According to SharpBrains — an independent market research firm that analyzed over 10,000 patent filings from 800 different companies — today, there are 8,000 active patents in this field, and another 5,000 pending patents.

The Nielsen company, known for its consumer research on what people watch and buy, has been recognized as the leading patent holder in pervasive neurotechnology.

Other prominent players in the industry include Advanced Neuromodulation Systems, Medtronic, Microsoft and Brainlab.

Programs that could help people manage traumatic life events and possibly treat conditions such as PTSD are being developed. Researchers warn that this type of technology is not about simply erasing memories. It is about building new neural connections by using features of virtual reality. For instance, exposure therapy can help develop new coping strategies to manage anxiety and phobias better.

Virtual reality is now used in conjunction with EEG and/or tran­scra­nial direct cur­rent stim­u­la­tion (tDCS), and its use is not limited to psychological trauma. The EEG-tDCS system has, for example, been used in the preventative treatment of other neurological conditions such as seizures.

Brain training (or cognitive training) is an increasingly popular form of self-improvement, and many technology companies offer different programs to purportedly enhance your IQ and cognitive abilities.

Versus is a commercially available EEG headset and app that uses the principles of modern neurofeedback (also known as neurotherapy or neurobiofeedback). This state-of-the-art program acts as a personalized training protocol that allows you to train your brain — just as you would train a muscle — so it can perform better. It records your brain activity in real time and provides you with feedback: which cognitive skills need improving and how to achieve this. Versus aims to train you so you can produce the right type of brain activity at the right time. The headset connects to an iPhone or iPad via Bluetooth and provides you with useful feedback through cognitive brain games.

This revolutionary program, and programs like it, are an example of digital technology designed to help you control your impulses and emotions, focus better and improve your sleep. The use of these programs includes athletes, students and businesspeople. The hope is this type of brain training has the potential to improve the effectiveness of the way humans use our brains.

It is important to note there are critics of commercial brain training, and some in the scientific community do not unequivocally support the claims of some of this digital tool. According to a statement issued by the Stanford University Center on Longevity and the Berlin Max Planck Institute for Human Development, they believe the scientific evidence is sparse and provides no solid proof that brain training programs can indeed significantly alter neural functioning.

by Michael Rucker by Very Well