The Dawn of New Consciousness: AI, Robots and Religion 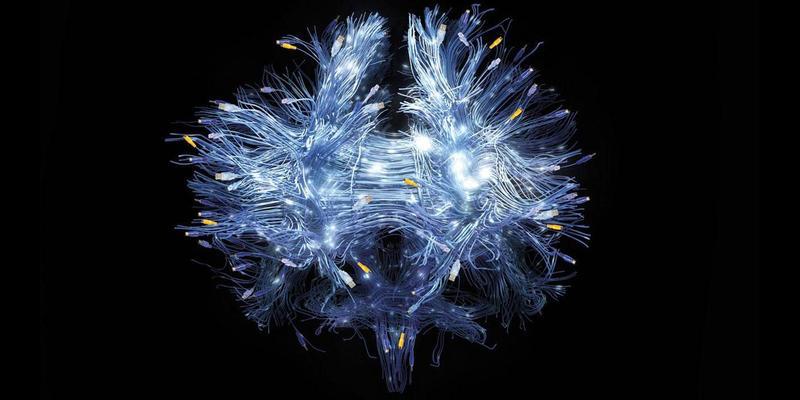 It would be hard to confuse Daniel Dennett for anyone other than a philosopher. With his voluminous white beard, imposing frame, and jolly demeanour, he cuts a distinctive figure in the sleek restaurant atop London’s National Portrait Gallery. It is a hazy, sunny day as we gaze out across the rooftops. The Union Flag hangs limply over the Houses of Parliament.

As a thought experiment (so beloved of philosophers), I try to picture Dennett in a tunic and sandals orating in the Athenian agora a couple of millennia ago. Yup, that one works. As it is, our modern-day philosopher is dressed in a button-down blue shirt and a grey herringbone jacket and is carrying a splendid walking stick. With the enthusiasm of a born storyteller, Dennett recounts how he found the stick while tramping through the woods on Outer Long Island, Maine, in 2006 and has been using it ever since. He has inscribed it with the names of the places he has visited, including Costa Rica, the Mekong Delta, and Kalaallit Nunaat (Greenland). “I’m a little tottery on my legs, ” the 74-year-old says.

“This was invaluable on the tundra.”

Dennett is so concerned by the political situation that he is devoting much of his time to exploring ways to protect the truth in societies and restore trust. “The arms race between deliberate deception and our capacity to protect ourselves from it is hugely unbalanced and we’re in danger of losing,” he says. I suggest that philosophers are straying into contentious territory whenever they start talking about truth, a concept that has been furiously debated for millennia. He acknowledges that politics involves normative judgments but that decisions must be grounded in objective facts. He rails against those philosophers who forget that they rely on objective truth thousands of times a day. “Even postmodernists get furious if their health insurance is misrepresented to them. They don’t say: ‘Oh, that’s just one of those conversations, ha, ha.’ They say: ‘Damn it! You just told me a lie, now you fix it!’ ” But how is it possible to protect truth in such a glaringly open world? Dennett replies that if he knew the answer he wouldn’t be sitting in a restaurant talking to me. But he says that he and some like-minded colleagues are working on the problem. He refers to another thought experiment that a billionaire once threw at him. What would Dennett do if he was given $1bn? Dennett argued that he would try to set up an international, self-policing, co-operative “truth source”. It would be like some kind of combination of the Reuters news agency, the Wikipedia online encyclopedia, and the Snopes website for debunking urban myths. “It would be the place to go to check out your hunch when something is too good to be true. That’s what I’d do with $1bn, I would endow that,” he says. Dennett did not persuade that billionaire to part with his money. But if there are any others out there, he is awaiting your call. He stresses the urgency of rebuilding “islands of trust” in communities before building out from there. Over a double macchiato (for him) and tea (for me), we discuss the role of philosophers in society. He is fervently of the view that philosophers should not retreat to their ivory towers but immerse themselves in the real world. He draws a sharp distinction between those who do philosophy and those who do philosophy appreciation. “In some places, you learn to identify and classify all the different ‘isms’. Forget it! Imagine you discovered stunning, incontrovertible evidence of an attempted coup d’état and you went to the FBI and they looked at it and said: ‘This is a very interesting example of early 21st-century conspiratorialism.’ But it’s bloody true! “What’s really important is: do I believe it, is it true, does it matter? If you lose sight of that then you’ve sort of abandoned the whole point of philosophy.”