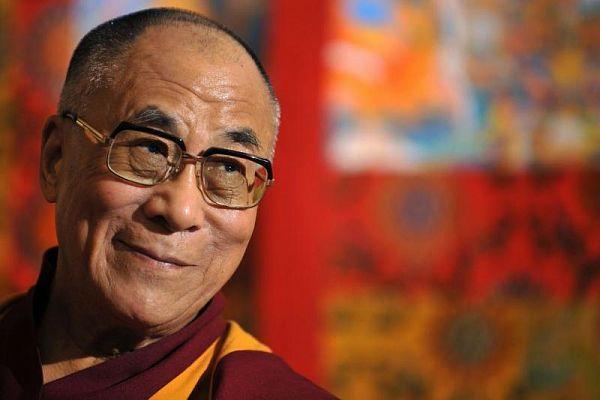 Ever since Copernicus published On the Revolutions of the Heavenly Spheres in 1543 to outline his heliocentric cosmology and thereby kick start modern scientific inquiry, an uneasy truce has existed between science and religion. Although Copernicus wasn't persecuted for his views by the dominant religious authorities (in fact, Pope Clement VII expressed great interest in Copernicus's work, and the latter would end up dedicating his Revolutions to Pope Paul III), his intellectual heir Galileo was not so lucky when he faced down the Roman Inquisition in 1633, a testament to the fragility of this philosophical truce.

This either/or approach to the world, where one considers phenomena through either a scientific or religious lens, has colored scientific inquiry ever since Galileo was placed under house arrest for his heretical (but scientifically accurate) views. Its legacy can still be seen today in the vehement spats between religiously motivated climate deniers and the militaristic guardians of science known as the New Atheists. Yet what if there was a different approach to the world, which didn't require planting oneself firmly in either the science or religion camp? This was the question posed by Tenzin Gyatso, the 14th Dalai Lama, as he presided over a two day conference on quantum physics and Madhyamaka philosophy in New Delhi. And according to His Holiness, figuring out a way to reconcile scientific and religious philosophies may prove to be essential to the future of our species.

Quantum physics is verifying what Buddhists and other spiritual practitioners have been saying for years, helping people to accept their inherent spiritual nature all around the world. We are fundamentally connected to everything around us, and science is finally proving that. Nevertheless, there’s still a lingering dualistic air surrounding science and spirituality: You have religious people denying scientific facts and scientists identifying themselves as self-proclaimed Atheists. However, we’re simultaneously seeing a merging of the two, and it’s truly beautiful. Many prominent religious figures and scientists have recognized the interconnectedness between spirituality and the scientific community, including the Dalai Lama. The Dalai Lama has spoken out on numerous occasions about the similarities between quantum physics and spirituality. In fact, he even attended a conference on quantum physics and delivered a speech on the subject.

“Broadly speaking, although there are some differences, I think Buddhist philosophy and Quantum Mechanics can shake hands on their view of the world. We can see in these great examples the fruits of human thinking. Regardless of the admiration we feel for these great thinkers, we should not lose sight of the fact that they were human beings just as we are.”

The Dalai Lama has never been a stranger to science, and throughout his tenure as Tibet's leader in exile he has advocated for the collusion of science and Eastern philosophy (even Chairman Mao commended the Dalai Lama for his "scientific mind" directly after reminding His Holiness that "religion is poison"). This intersection of interests was manifest in the diversity of His audience, which was comprised of roughly 150 Tibetan bhikkhus, academics, and students who had piled into the conference center at Jawaharlal Nehru University to listen to the Dalai Lama and a panel of physicists and monastic scholars discuss the intersection of quantum physics and Madhyamaka Buddhist philosophy.

As the Dalai Lama noted in his opening remarks at the Delhi conference, he was only alerted to the intersection of quantum science and Madhyamaka, one of the main schools of Buddhist thought, about 20 years ago after having a discussion with the late Indian nuclear physicist Raja Ramanna. The conference explored a variety of topics relating to human consciousness, science, and Buddhism and included a panel of experts, physicists, and monastic scholars. The Dalai Lama was one of the speakers, and according to him, reconciling science and religious philosophies may be essential to the future of our species.

According to His Holiness, Ramanna had been reading the texts of Nagarjuna, and he was struck by just how much the ideas of this 2,000 year old Madhyamaka philosopher matched his own understanding of contemporary quantum physics. There are generally considered to be two main philosophical schools in Buddhism, known as Mahayana and Theravada. Madhyamaka ("one who holds to the middle" or "the middle way") belongs to the Mahayana school of thought and was developed by Nagarjuna in the second century. Although a staggering number of subtly different interpretations of Nagarjuna's philosophies have emerged in commentaries on his work over the years, a core idea uniting them all is that of emptiness.

In Madhyamaka thought, all things are empty insofar as they lack any inherent essence or existence. This emptiness applies not just to people and things, but also to the analytic categories which are used to describe them. According to Nagarjuna, this emptiness is the product of the dependent origination of all things. In other words, all phenomena lack their own inherent existence because their very existence is dependent on the conditions that gave rise to them. Yet for Nagarjuna, to say that nothing has any inherent existence is not the same as saying nothing exists; it is merely to posit that nothing has a "fixed and permanent nature." In order to clarify this, Nagarjuna posited two truths: a conventional truth and an ultimate truth. In so doing, he recognized that it is possible to simultaneously perceive things as actually existing out there in the world (the conventional truth) as well as recognizing that they lack any inherent existence (the ultimate truth). Holding these two seemingly contradictory positions is only possible by recognizing that 'reality' is an experiential phenomenon, not one that has an objective existence independent of our experience of it.

If you're confused as to just what these ancient musings on the nature of reality have to do with contemporary quantum physics, you're not alone.

One of the most glaring examples of the intersection of Madhyamaka and quantum physics is to be found in the principle of wave-particle duality, which holds that elementary particles (fermions and bosons) can exhibit the characteristics of both particles and waves, yet can be wholly reduced to neither.

"There seems no likelihood for forming a consistent description of the phenomena of light by a choice of only one of the two languages [particle or wave]," Einstein once said while discussing the nature of light. "It seems as though we must use sometimes the one theory and sometimes the other, while at times we may use either. We are faced with a new kind of difficulty. We have two contradictory pictures of reality; separately neither of them fully explains the phenomena of light, but together they do."

Quantum physicists discovered that physical atoms are made up of vortices of energy that are constantly spinning and vibrating, each one radiating its own unique energy signature. Therefore, if we really want to observe ourselves and find out what we are, we must recognize we are really beings of energy and vibration, radiating our own unique energy signature. If you observed the composition of an atom with a microscope, you would see a small, invisible tornado-like vortex, with a number of infinitely small energy vortices called quarks and photons. These are what make up the structure of the atom. If you focused in closer on the structure of the atom, you would see nothing, a literal void. The atom has no physical structure, thus we have no physical structure, and physical things really don’t have any physical structure! Atoms are made out of invisible energy, not tangible matter.

Scientists have made all sorts of discoveries, including that we create our own realities

Like the quantum wave function, a probability matrix used by physicists to describe the state of a system at a given time, wave-particle duality points us to one of the central problems at the heart of quantum science: is there an objective, independent reality that is capable of being quantified, or are all such measurements subjective by virtue of the fact that they are always dependent on an observer to take them, thus merely reflecting the observer's knowledge? As Einstein and the physicists at the conference pointed out, these seemingly contradictory pictures of reality really only make sense if you take them both together: a middle way, much like the Madhyamaka philosophy. On the one hand, the act of observation collapses the indeterminacy of the wave function into a definite reality: the cat in the box is either dead or alive, the beam of light is composed of either particles or waves, which is determined through the act of observation. Yet in each case, the underlying reality is that the cat and light don't inherently have the characteristic of being alive or dead, or a wave or particles; rather, the underlying reality, the wave function, is indeterminate and can only be quantified as a set of probabilities.

Another aspect of quantum mechanics worth mentioning is the principle of entanglement. This principle, tackled by both Einstein and Schrödinger in 1935, occurs when pairs or groups of particles are generated in such a way that the state of any given particular particle cannot be determined. Rather, the observer must measure the state of the quantum system as a whole. With an entangled system, the state of each particle is correlated with the others; therefore, measuring single particle will influence its entangled partners (what Einstein called "spooky action at a distance"), collapsing the superimposed states of the entire quantum system. To borrow from the language of Nagarjuna's philosophy, we might say that quantum physics possesses two truths: a conventional truth (the determinate reality brought about through observation) and the ultimate truth (an indeterminate reality expressed as probabilities). These truths of quantum mechanics mirror Madhyamaka philosophy insofar as the latter professes that things do actually exist out there in the world yet have no intrinsic, objective essence and only derive their essence from our subjective interpretations.

What is more, in both cases, the explanation for the two truths is remarkably similar in both quantum mechanics and Madhyamaka philosophy. In the case of quantum mechanics, entanglement is a quantifiable expression of Nagarjuna's notion of dependent origination—the state of a particular quantum particle cannot be expressed because it is dependent on the quantum system as a whole, much like Nagarjuna's phenomena which cannot have their own inherent essences because their existence is dependent on the conditions which brought them forth. Such were the ideas expressed over the course of the two day conference at JNU in New Delhi. For the most part, the explicit connections between Madhyamaka and quantum physics were left up to the interpretation of the audience. The physicists stuck to physics and the monastic scholars stuck to Buddhism. Yet much like each concept itself, composed of seemingly contradictory ideas that nevertheless prove to be complimentary, His Holiness insisted on the need for both physics and philosophy in the quest to overcome ignorance and end suffering, which are arguably the main aims of Buddhism. Both science and religion have their own specific uses, but one without the other can lead to less than desirable results, to say nothing of painting an incomplete picture of reality. "Right now when we see the sad things going on in the world, crying and prayer won't achieve very much," His Holiness said. "Although we may be inclined to pray to God or Buddha to help us solve such problems, they might reply that since we created these problems it is up to us to solve them. Most of these problems were created by human beings, so naturally they require human solutions. We need to take a secular approach to promulgating universal human values. The sense that our basic human nature is positive is a source of hope [that]... If we really make an attempt, we can change the world for the better."