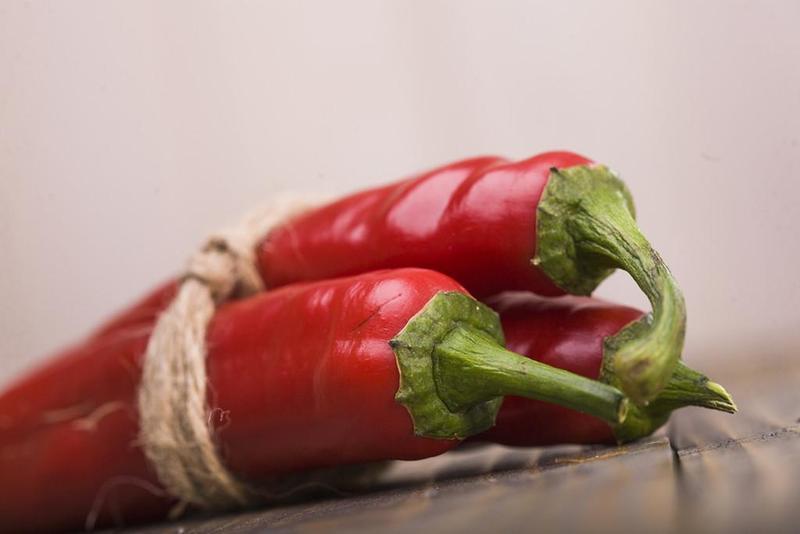 Strong and effective medicine suitable for emergency use as well as for chronic diseases has been the hallmark of my Natural Allopathic Medicine protocol. Also low cost has been an important criterion in my research of medicinals. I have recently had the courage to experiment and research with the herb cayenne and have found it fits the demands I put on an especially strong medicine able to dilate blood vessels allowing increased blood flow throughout the body, especially the major organs.

Drinking cayenne increases heart action but does not raise blood pressure. It stimulates tissue growth and regeneration even making the sexual organs stronger and more efficient for men and women because those organs and their function depend on increased blood flow.

Many herbalists believe that Cayenne is the most useful and valuable herb in the herb kingdom. Hot, stimulating Cayenne peppers are like a jump-start to a cold car engine on a frosty morning. It brings welcome life into sore muscles and get your heart to beat faster. The heat of cayenne warms stiff arthritic joints and relaxes away low back pain. The longer you use it, the better it works. This increased circulation is the hallmark of cayenne’s effect on the body; it stimulates the heart, and the lungs as well as increasing blood circulation and warmth throughout the whole system.

Cayenne, along with other peppers strengthen digestion and lessen the change of bacterial infections from unsanitary food and water. Cayenne peppers also lessen the gas and bloating that comes from eating heavy, greasy foods. Cayenne helps boost your metabolism and induces the body to burn off more fat. Eating more hot spicy foods will help decrease appetite and increase satiety, so you are inclined to eat less.

Cayenne is so medicinally powerful that it is one of the few spices to show up in the American Illustrated Medical Dictionary, the Merck Manual and Materia Medica. They have it named a rubefacient, local stimulant, counter-irritant, gastric stimulant, and diaphoretic. One story about its use as a powerful emergency medicine:

Cayenne has been known to stop heart attacks within 30 seconds. For example, when a 90-year-old man in Oregon had a severe heart attack, his daughter was able to get Cayenne extract into his mouth. He was pronounced dead by the medics, but within a few minutes, he regained consciousness. On the way to the hospital, he remained in a semi-conscious state, but the daughter kept giving him the Cayenne extract. By the time they got to the hospital, he had fully recovered and wanted to go home and mow the lawn. The doctor asked what she had given him, as he said it was the closest thing to a miracle he had ever seen.

Cayenne can make you feel like your mouth is on fire and cause you to sweat profusely. Science tells us that regularly eating spicy food could also lower the risk of death from specific conditions. Cayenne contain capsaicin, which has been reported to have anticancer, anti-inflammatory and antihypertensive effects. The BMJ, found people whose daily diets regularly featured spicy foods had a lower risk of death from cancer, ischemic heart disease and respiratory disease.

Frequent consumption of spicy foods was also associated with a lower risk of death from cancer, ischemic heart disease and respiratory system diseases. The Journal of Clinical Oncology, found that the application of capsaicin cream among cancer survivors with postsurgical neuropathic pain can reduce postsurgical neuropathic pain and, "despite some toxicities, is preferred by patients over a placebo by a three-to-one margin among those expressing a preference."

In a letter to the editors of the New England Journal of Medicine, three Italian doctors describe how they were able to reduce patients’ reported dyspepsia symptoms by more than half – by prescribing red pepper powder. In a study of 30 patients with functional dyspepsia, half of the participants received a placebo, while the other half took 2.5 grams of red pepper powder each day (divided into capsules taken before each of three meals). Both groups took their respective treatments for five weeks, and rated their symptoms each day on a scale of zero to three (higher scores indicated more severe symptoms). By the third week, the red pepper group showed a significant advantage over the control group. And by week five, the pepper group’s symptoms had declined 60 percent from their baseline scores – while the control group’s scores had only decreased about half as much. The symptom scores included ratings for pain, a feeling of fullness, nausea, and an overall score. The red pepper powder produced significant gains in all four areas.

Cayenne pepper may prevent the development of gastric ulcer or eliminate the pain caused by it. While hot spices have a bad reputation in the context of an ulcer, the truth is that capsaicin in cayenne pepper has the ability to destroy invasive bacteria in the digestive system and reduce inflammation in the body. A 2006 review published in the journal “Critical Reviews in Food Science and Nutrition” reported that capsaicin slows the production of acid in the stomach, stimulates blood flow to the stomach lining and enhances the release of mucus in the stomach, and all these aid in healing. The capsaicin in cayenne pepper has anti-bacterial properties that also actively fight the Helicobacter pylori bacteria that can cause stomach ulcers

High in vitamins A, B, C, G, iron, and calcium, it has magnesium, phosphorous, sulfur, and potassium making it a unique contributor to people’s health.