Science and Spirituality: An Inextricable Link 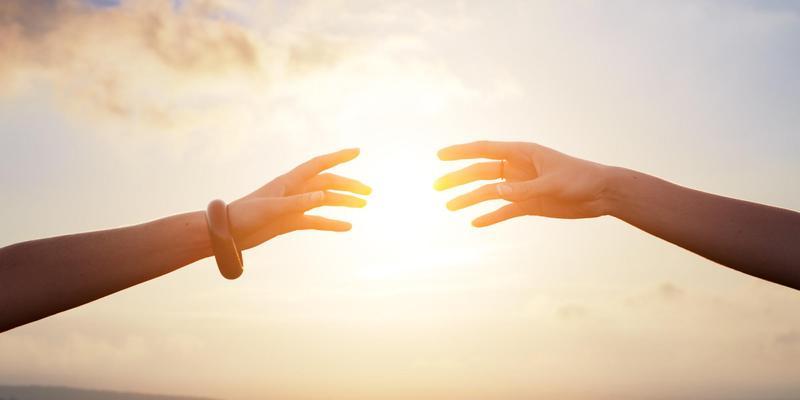 The world today is going through a phenomenal metamorphosis that is affecting all. Be it climate change or economic downturns, political shifts or the rising discontent in certain parts of the world, everyone is affected. We need to come together as one human race rather than drifting apart. We should leverage any and all kinds of knowledge and wisdom to augment the quality of our lives. I find myself straddling two worlds all the time – science and spirituality, east and west, masculinity and femininity – yin and yang. Despite the dichotomy, coexistence is not a choice. It’s a necessity.

As a kid, visiting a rail yard with my Nanaji (maternal grandfather) and seeing the humongous locomotives shunting the bogies was beguiling. Occasionally, Nanaji would allow us kids to get into an engine, and the staff was just too eager to oblige anyway. Learning is fun when your entire being is involved. Years later, in Physics and Math classes, relative speeds of trains moving in the same versus the opposite directions and relativity made much more sense with the sounds and screeches from the rail yard in childhood. They still echo in my head sometimes. An occasional admonishment from Nanaji for not jumping off the moving toy train, coupled with the idea of relative motion. Since then, the reason for why one would fall after jumping off a moving object rings crystal clear.

During my spiritual travails, living in the Himalayas with my Guruji involved learning and realisations of a higher dimension. Spirituality is too simple a term for multi-dimensional and experiential learning. The key is in meditation and knowing one’s breath. The most fundamental discoveries that changed the course of modern science aren’t bereft of esoteric wisdom. Be it Heisenberg’s Principle or Planck’s Constant, Kekulé’s Benzene ring or Schrödinger’s experiments and their envisionment in dreams — these were not mere coincidences. These scientists were effectively in deep meditative states, emanating from extreme focus – likely from their work. This made them tap into the Turiya or the 4th state of awareness beyond waking, dreaming and sleeping. In this state, a person is able to tap into the higher dimensions and potentially experience supernatural phenomena.

When one has not found that special calling and as a result, can’t get into the deeply meditative states that these scientists did, the alternative is spiritual practices. Rather a precursor to it.

An excerpt from People and Discoveries section, PBS channel:

“In 1927, Werner Heisenberg was in Denmark working at Niels Bohr’s research institute in Copenhagen. The two scientists worked closely on theoretical investigations into quantum theory and the nature of physics. Bohr was away on a skiing holiday, and Heisenberg was left to mull things over himself. He had a shocking but clear realization about the limits of physical knowledge: the act of observing alters the reality being observed. At least at the subatomic level. To measure the properties of a particle such as an electron, one needs to use a measuring device, usually light or radiation. But the energy in this radiation affects the particle being observed. If you adjust the light beam to accurately measure position, you need a short-wavelength, high-energy beam. It would tell you position, but its energy would throw off the momentum of the particle. Then, if you adjust the beam to a longer wavelength and lower energy, you could more closely measure momentum, but position would be inaccurate.”

Heisenberg’s uncertainty principle is fascinating. While it speaks of the dynamics at a subatomic level, this is what life is at a physical human level as well. For the desired result to culminate, ‘stillness’ is what a spiritual master would tell one to achieve.

An excerpt from Michael Verderese and Professor Heinz D. Roth’s writings on Kekulé, below:

“In 1890, at the 25th anniversary of the benzene structure discovery, Friedrich August Kekulé, a German chemist, reminisced about his major accomplishments and told of two dreams that he had at key moments of his work.

In his first dream, in 1865, he saw atoms dance around and link to one another. He awakened and immediately began to sketch what he saw in his dream.

Later, Kekulé had another dream, in which he saw atoms dance around, then form themselves into strings, moving about in a snake-like fashion. This vision continued until the snake of atoms formed itself into an image of a snake eating its own tail. This dream gave Kekulé the idea of the cyclic structure of benzene.”

People who are familiar with Eastern, and specifically Indian spiritual practices of Sanatan Dharma, would understand the symbolism of a snake. Yet, in Kekulé’s case, he dreamt it and drew it. Technically, science is firmly rooted in spirituality. In spiritual practices, the roles of Karta, Drushta & Sakshi or Doer, Observer and Witness are levels of awareness, whereas, in the scientific world, they are different people. However, in Kekulé’s vision, he was in a spiritual realm.

Srinivasa Iyengar Ramanujan, one of the greatest mathematicians of the 19th century, had no formal training in Mathematics. Although a precocious young man, he was from an extremely poor family and was mostly on the brink of starvation. Yet the formulae he propounded then, are being used to understand black holes almost a century later. All that he learnt was through the power of the mantras.

As I finished explaining, the seemingly convinced student sat down and listened on. This argument seems to cut little ice with the youth. This is primarily because of the overly specialised and segmented world of compartmentalised thinking is leading us to an analysis-paralysis of sorts. If we keep doing what we’ve always done, we will never be more than who we are. We need a holistic perspective, as well as a specialised one — somewhere in between ‘boiling an egg’ and ‘boiling an ocean’.

The highest creativity is sparked not in being able to do what Kekulé did after he discovered the Benzene ring or before he got to the dream — it is really in that state he was when he had the vision. The goal should then be to attain that state without any external intervention.

Whether it is breaking down to the smallest truth or aggregating up to the ultimate reality, the journey is ongoing. Veering off to either side may not yield, but the middle path will always see fruition. There is no one more spiritual than a focused scientist, and none more scientific than a disciplined spiritualist!