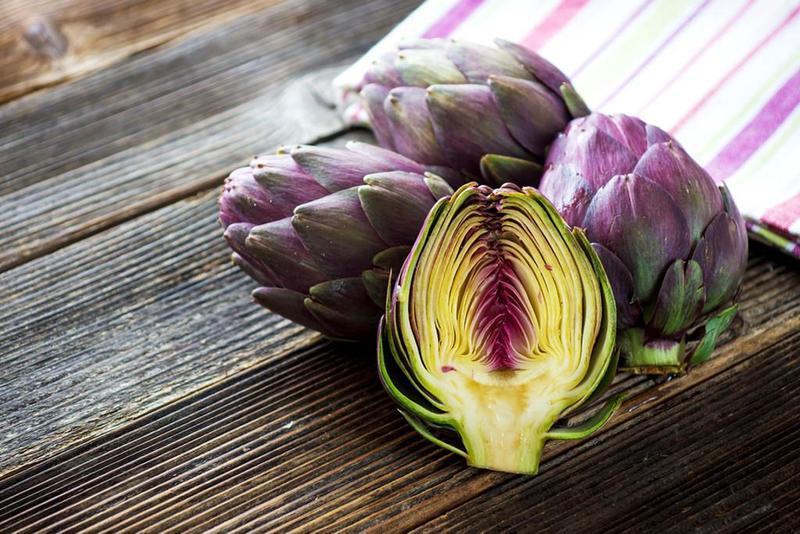 Heart and blood vessel (cardiovascular) disease is the No. 1 killer of Americans, and study after study points to elevated cholesterol as a major contributor to the problem. Some authorities have indicated that for every one-percentage point that cholesterol levels are reduced, the risk for cardiovascular disease is reduced by two points.

The current conventional medical treatment is cholesterol-lowering prescription drugs, along with low saturated fat diets. Although these drugs do lower serum cholesterol, they also have potential side-effects. Consequently, it may make sense to work with your doctor in trying one or more of the following relatively risk-free nutraceutical approaches before taking drugs.

You may have enjoyed steamed or grilled artichokes dipped in butter, but this culinary treat also has medicinal properties. Aside from its well-established effects for promoting liver health and popular use in Europe for the treatment of mild indigestion (particularly following a high fat meal) artichoke leaf extract also has the ability to reduce total and LDL cholesterol, and the LDL/HDL ratio over six to twelve weeks of treatment. In one double-blind, placebo-controlled study, those using artichoke leaf extract experienced an 18.5 percent decrease in total cholesterol, compared to 8.6 percent in the placebo group. The LDL cholesterol decreased 22.9 percent in the artichoke group and 6.3 percent for placebo; and LDL/HDL ratio showed a decrease of 20.2 percent in the artichoke group and 7.2 percent in the placebo group.1 Other research has shown similar results, and artichoke extract may work better in people with higher cholesterol levels.2 Orally, artichoke extract might increase flatulence in some patients. The typical dose used in research is 1800–1920 mg per day in two to three divided doses.

Chromium supplementation has reduced total cholesterol,3, 4 LDL cholesterol5,6 and increased HDL cholesterol7,8 in double-blind and other controlled trials, although other trials have not found these effects.9,10 One double-blind trial found that high amounts of chromium (500 mcg per day) in combination with daily exercise was highly effective, producing nearly a 20 percent decrease in total cholesterol levels in just 13 weeks.11 Not surprisingly, people with higher blood levels of chromium appear to be at lower risk for heart disease.12

High amounts (several grams per day) of niacin lower cholesterol; an effect recognized in the approval of niacin as a prescription medication for high cholesterol.13 At such intakes, however, acute symptoms (flushing, headache, stomach ache) may be severe. In an attempt to avoid the side effects of niacin, alternative health practitioners increasingly use inositol hexaniacinate, recommending 500 to 1,000 mg, taken three times per day, instead of niacin.14,15 This special form of niacin has been reported to lower serum cholesterol but so far has not been found to cause significant toxicity.16

Guggul, a mixture of substances taken from a plant, is an approved treatment for elevated cholesterol in India and has been a mainstay of the Ayurvedic approach to preventing atherosclerosis. One double-blind trial studying the effects of guggul reported that serum cholesterol dropped by 17.5 percent.17 In another double-blind trial comparing guggul to the drug clofibrate, the average fall in serum cholesterol was slightly greater in the guggul group; moreover, HDL cholesterol rose in 60 percent of people responding to guggul, while clofibrate did not elevate HDL.18 A third double-blind trial found significant changes in total and LDL cholesterol levels, but not in HDL.19 Guggul extract, providing 75 to 150 mg of guggulsterones daily, has been given in research two to three times daily for up to eight weeks.

Similar to sterols, plant stanols are natural substances that occur in even smaller quantities in many of the same sources. Like sterols, stanols block the absorption of cholesterol in the intestines. One stanol, sitostanol, has been extensively researched for its effect upon cholesterol. Specifically, taking sitostanol orally is effective for reducing total and LDL cholesterol in about 88 percent of adult patients when used alone or in combination with a low-fat diet or statin drug (drug that inhibits the production of cholesterol in the body).30,31,32,33,34,35,36,37,38,39,40,41,42,43,44,45 When used alone it can reduce total and LDL cholesterol levels by 10 to 15 percent. When added to statin drugs, sitostanol reduces total cholesterol and LDL cholesterol by an additional 3 to 11 percent and 7 to 16 percent, respectively. Clinical studies have used from 800 mg to four grams per day.46 The best cholesterol lowering effects occur at about two grams per day, but doses above two grams per day do not seem to provide additional benefit.47 Sitostanols are not currently found in dietary supplements, but they can be found in certain margarine-type spreads and salad dressings. Read product labels in your supermarket and see which of these products provide sitostanol. Orally, sitostanol seems to be very well tolerated. Sitostanol can reduce absorption and blood levels of beta-carotene, so it should be used at a different time if you are taking beta-carotene supplements. For best results, use 2000 mg sitostanol in divided doses taken before meals.

High doses of green tea extract may cause gastrointestinal upset and/or central nervous system stimulation in some people. Theoretically, the caffeine in green tea might increase the risk of additive CNS effects with amphetamines, although GTE only provides about 10 to 30 mg of caffeine (compared to 100 mg in a cup of moderately brewed coffee). Catechins in green tea and caffeine are reported to have antiplatelet activity, so theoretically green tea might increase the risk of bleeding when used with antiplatelet or anticoagulant drugs (although this interaction has not been reported in humans). The doses used in research ranged between 375 to 1200 mg of GTE. Consuming 375 mg of green tea extract (providing 60 percent polyphenols) would be equivalent to drinking about 6–8 cups of green tea.

Pantethine is a form of the pantothenic acid, also known as vitamin B5. Taking 900 mg of pantethine in three divided doses daily was shown to reduce triglycerides by 30 percent, reduce LDL cholesterol 13.5 percent and raise HDL cholesterol 10 percent in patients with high cholesterol and triglycerides during a double-blind study.52 Three other double-blind studies showed similar results53,54,55 In addition, several open studies have specifically examined the use of 600 to 1200 mg pantethine daily to improve cholesterol and triglyceride levels in diabetics and found it to be safe and effective.56,57,58 In one of those studies, 900 mg of pantethine daily resulted in a 16 percent reduction in total cholesterol, a 30 percent reduction in very-low-density lipoprotein (VLDL)-cholesterol and a 45 percent reduction in triglycerides at two months.59 Pantethine seems to be well-tolerated. It may cause minor gastrointestinal complaints in some people. Some evidence suggests that pantethine reduces platelet aggregation. When taken concurrently with drugs that affect platelets or coagulation, it might have an additive effect. The most frequently used amount in research seems to be 900 mg daily, in divided doses (e.g., 300 mg, three times daily).