Radionics - Science of The Future 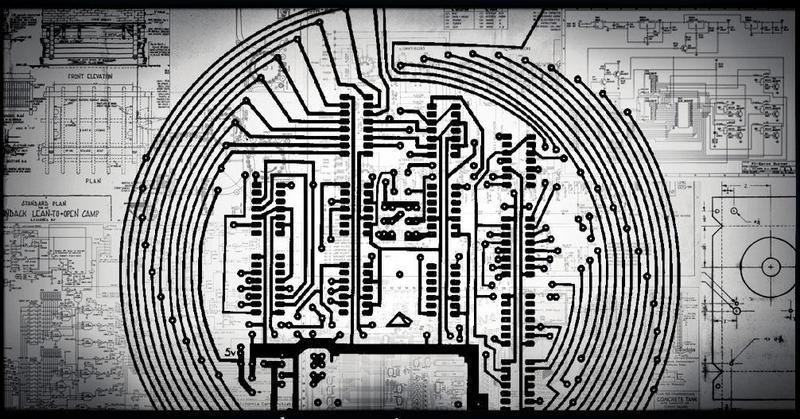 Radionics is a method of diagnosis and treatment at a distance which utilizes specially designed instruments practitioner can determine the underlying causes of diseases within a living system, be it human, animal, plant, or the soil itself.

While Radionics is mainly used to diagnose and treat human ailments, is has also been used extensively in agriculture to increase yields, control pests and enhance the health of livestock.

Radionics as a healing art originated from the research of the distinguished American physicians Dr. Albert Abrams. He was born in San Francisco in 1863 and became one of the most highly qualified specialists of his day. A graduate of the University of California, he wrote several medical text books and eventually won for himself a national reputation as a specialist in diseases of the nervous system.

In the course of his research Abrams made the startling discovery that diseases could be measured in terms of energy, and he devised and instrument which calibrated dials which enabled him to identify and measure disease reactions and intensities. From this work, called E.R.A. of the Electronic Reaction of Abrams, came Radionics as we know it today. Leading British physician Sir James Barr considered Abrams' discoveries to be among the most significant of the day.

Not surprisingly, certain elements of the medical and scientific community attacked Abrams' work and sought to discredit him. In 1924, the year of Abrams' death a committee of the Royal Society of Medicine under the Chairmanship of Sir Thomas (later Lord) Horder investigated his claims. To the astonishment of medicine and science, the committee, after exhaustive tests, has to admit that Abrams' claim was proven.

During the 1930's in the United States, Chiropractor Dr. Ruth Drown added further dimensions to Radionics through the discovery that diagnosis and treatment could be carried out from a distance. In the 1940's the main focus of Radionic research switched to England and the De La Warr Laboratories in Oxford. Instruments and techniques were refined and extensive work was done in the field of radionic photography originally initiated by Dr. Drown in California.

The 1960's saw completely new concepts emerge for Malcom Raes' research into Radionics instrumentation and homeopathic potency simulation, and the introduction by Chiropractor Dr. David Tansley of a whole new basis for Radionic diagnosis and treatment based on the subtle anatomy (energy fields) of man, which subsequently revolutionized the theory and practice of Radionics throughout the world.

Some Fundamental Principles of Radionics

Basic to Radionic theory and practice is:

that each life form has its own electro-magnetic field, which is sufficiently distorted, will ultimately result in disease of the organism

Accepting that all is energy, Radionics sees organs, diseases and remedies as having their own particular frequency or vibration. These factors can be expressed in numerical values which are known as 'Rates' or in h form of Geometric Patterns.

These provide the means by which the practitioner identifies and treats disease at a distance. Radionics also takes cognizance that there are a number of finely organized fields of energy which lie beyond those identified by science, and that these fields can be utilized for diagnostic and therapeutic purposes. Thus it may be said that Radionics is a healing art where physics and para-physics, science and religion, meet and merge.

The Radionics practitioner in making a distant diagnosis utilizes his intuitive faculty, which science now believes arises for right brain hemisphere functions. The intuitive mind has access to information which lies beyond the reach of rational and logical abilities which appear to be meditated through the left brain hemisphere.

By tuning in both his mind and Radionic instrument to the distance patient, the practitioner by applying his faculties of extra-sensory perception (something we all have to a greater or lesser degree) is able, through observing the reactions of the detection apparatus under his control, to determine what the underlying causes of disease are.

By identifying causes which may be hidden for clinical and more orthodox procedures, the Radionic practitioner is able, then, to determine with accuracy the correct treatment which will eliminate this underlying element. A Radionic diagnosis is not a medical diagnosis, but as previously stressed, a means of identifying and assessing the underlying causes which give rise to pathological states and their systems.

These may or may not coincide with current medical opinion, but this is to be expected when the practitioner's approach is along para-physical lines.

When the Radionic diagnosis is finished and the practitioner has complete health profile of the patient including the functional integrity of all organ systems, psychological states and imbalances that are present in the energy structures which form the energy fields which underlie the body, treatment can then be properly determined.

All pathological states and their causes have their own frequency of energy patterns; these can be treated at a distance through the Radionic instrument by employing 'rates' or geometric patterns.

The bloodspot or snippet of hair from the patient (known as the patients witness) acts as a link between the practitioner, his Radionic instrument and the patient. Essentially treatment is the projection of healing energy patterns; to these may added the wave form of homeopathic remedies, colors, flower essences and herbal extracts if they are indicated as part of treatment.

It may be difficult to accept that such treatment can be effective at a distance. However, the weight of clinical evidence shows that it is very effective in a significant number of cases. 'Action at a distance' as this phenomenon is called is not new to science. Today a great deal of research is being carried out by scientific institutions in the field and they are finding out that humans, plants and animals respond to projected thought patterns and this phenomenon occurs no matter how great the distance between the subjects under investigation.

Their findings now bear out the rationale of Radionics. One of the great advantages of Radionics is that it is often possible to discover potentially serious conditions at an early stage and, by appropriate treatment, prevent them for developing to a point where they become clinically identifiable.

Moreover, as Radionic treatment takes place at a non-physical level, it cannot harm any living tissue or produce any unnatural side effects. Radionics is concerned with healing of the whole man, with the health pattern or entelechy of the individual. The health pattern is a singular, unitary force within the structures of man that ensures adequate and optimum functioning of the systems of his body.

The purpose of Radionic therapy is to help the individual to re-establish his optimum pattern of health.

The Scope of Radionics

The scope of Radionics in theory is unlimited; in practice it is limited by the sensitivity, knowledge and expertise of the practitioner. At one level it can be used to determine the structural and functional integrity of the body, and identify the causes of disease hidden within.

At another level, the determination of the states of the energy centers (chakras) provides a picture of energy flows in he body and enables the practitioner to gain a deeper insight into the reasons behind certain physical and psychological imbalances. To this may be added and analysis of the qualities of energy within specific psychic structures.

A synthesis of this data will reveal physical and psychological strengths, weaknesses, limitations and capacities and thus provide patients with insights into the personal and spiritual aspects of their nature, which can prove most useful during periods of crisis and stress. The beauty of Radionic treatment is that it is non-invasive.

It can be used to complement other forms of therapy, and it's efficacy is such that it forms a complete system of healing on its own right.