SELFFAMILYSOCIETYHUMANITYEARTHUNIVERSEDIVINE
Home/Quantum Physics of Dreaming: Scientists Think We Might be Travelling Between Universes in Our Sleep

Quantum Physics of Dreaming: Scientists Think We Might be Travelling Between Universes in Our Sleep 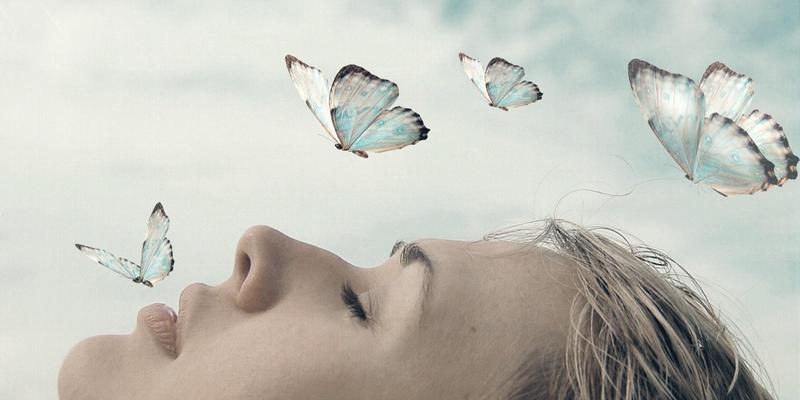 The observer effect, the central pillar of quantum physics, demonstrates that the act of observation is not just a passive reception of information, but in fact, is a creative act that we are all—knowingly or unknowingly—participating in every moment of our lives. This process is tantamount to the same type of dynamic creativity that we engage with in our night dreams. In a dream, the un-manifest potentialities (the wavefunction of dream possibilities) within the unconscious, depending upon the psyche of the dreamer, are actualized or “dreamed up” into particular appearances through and as the fabric of the dream. In an ordinary non-lucid dream, the dreamer relates to the forms of the dream as if they exist objectively, separate from themselves (which is to say, just like most of us relate to waking life), and then reacts to, and becomes conditioned by the appearances within the dream as if they are other than their own mind, which further conjures up the dream to manifest as if it is objectively real and other than themselves, in a self-perpetuating feedback loop whose generative source is our own mind.

When we become lucid in a dream, the idea is not to take control of the dream—which would be an expression of our non-lucidity (i.e., the spell of the separate self)—for in attempting to control the dream, we are still relating to it as something other than ourselves. Rather, when we become lucid in a dream, we become naturally “in control” of ourselves, which is to say in touch with our own sovereign power of co-creating reality. When we become lucid, our relationship to the forms of the dream changes, for once we recognize that the dream is our own energy appearing seemingly outside of ourselves, we can creatively flow with the manifestations of the dream in a different way than when we were entranced by its forms.

When quantum physics first appeared in the early part of the twentieth century, it was during a time of great collective asleep-ness. Quantum physics’ creation/discovery can be seen as an inkling of a burgeoning awakening in the collective unconscious, expressed through the realm of science. The process that quantum physics is articulating regarding how an observer/participant evokes (i.e., “dreams up”) reality is typically unfolding unconsciously in most humans, which is to say most of us in the waking dream of life are dreaming non-lucidly. A question that naturally arises is what would happen as more of us become more and more aware of the world-shaping creative power that we are wielding, which is to say how would things change as we wake up to our powers of quantum creation? How would an enhancement of our awareness of our powers of quantum creation impact these very powers as we are more and more consciously using them? Like quantum physics reflects back to us, oftentimes asking the right question is more significant than finding the right answer. How would the world itself change as more of us become fluent with what quantum physics is revealing to us about our amazing—but mostly untapped and unconscious—power to co-create reality? I find myself imagining that the world would reflect back our inner realization of its quantum nature, and would manifest in a much more fluid, plastic, malleable—and dreamlike way. And how would the realization of the dreamlike nature of our universe change our experience of ourselves as well as our understanding of who we really are? I can only imagine. How would applying the power of lucid observer/participancy to the theory of quantum physics itself transform the field of quantum physics, not to mention the very physics of existence? Could the very nature of quantum physics be expanded so as to register and reflect this awakening force of lucidity that is flowing through our species? Might quantum physics as a theory become transformed by its and our realizations into a new and more coherent version of itself?

I find myself imagining that this realization would spawn a new awakening generation of lucid quantum physicists/dreamers—instead of “Generation X,” they would be “Generation QP,” or maybe “Generation LD.” This new generation of quantum-physicized lucid dreamers would be able to creatively dream up an enriched, deeper and more rigorous articulation of quantum physics which would go far beyond the present formulation, as it would more elegantly reflect and codify the creative role that our consciousness plays in the very unfoldment of the universe. Or so I imagine. My best friend, a long-time student of quantum physics, in a conversation he had years ago with David Bohm, shared with the great physicist that when he becomes lucid in his night dreams, he does physics experiments. Bohm was very excited by this, saying that this was exactly the kind of study that was necessary for a breakthrough in the field. He shared that he had done the same thing in a few of his lucid dreams.

My friend was struck by how Bohm was taking seriously that night dreams had its own physics that was worthy of being researched—an idea that was summarily dismissed by most other physicists. Bohm was of the opinion that it is very important for physicists to conduct more careful physics experiments in their lucid dreams in order to compare how the physics of the dream-world compares to the physics of the waking state, for the way consciousness intervenes in the waking dream seems “slower” and less obvious due to the apparent density of the waking dream. He was convinced that through this type of physics research we could uncover the fact that there was a still yet to be discovered and articulated physics of the dream state that was linked to but differed in some essential ways from the physics of the physical world.

Bohm confided to my friend that he felt that lucid dreaming very likely held an essential key to a deeper understanding of the link between consciousness and the manifestation of our experience in the world—in both our night and waking dream-worlds. Bohm humorously added that doing physics research in our lucid dreams would solve the ever-present challenge of obtaining funding for cutting-edge physics research, as in our lucid dreams we could potentially dream up our own laboratories, research assistants and whatever other kinds of support we would need.

Though night dreams and the waking dream appear to be different, the question arises: are they, deep down in their essence, actually different, or are they made of the same “dream stuff?” All of the spiritual wisdom traditions on this planet from time immemorial—including quantum physics—have pointed out the dreamlike nature of reality. What if we were to take seriously what these converging wisdom streams are reflecting back to us about the dreamlike nature of our situation, and step more into the dream, so to speak? What would happen if we carried on our explorations into the nature of reality—i.e., doing our physics experiments—in this light? How would it change our experience to interpret our experience as if we really were in a dream? The idea is to not just do physics experiments in our lucid dreams, but to recognize that life itself is potentially the dream within which we can become lucid. The more we recognize the dreamlike nature of our waking experience, the more our waking life will reflect back this realization and manifest itself in a dreamlike way, thereby enhancing our lucidity even further. In a positive feedback loop, our ever-increasing lucidity, driven by consciousness, builds on itself and at a certain point becomes self-generating, reminiscent of Wheeler’s idea of the universe as a self-excited circuit. Adding lucidity to our experience of life is a powerful spiritual practice, a form of “dream yoga.” Becoming lucid in our waking dream changes everything. Could lucidity (a word which etymologically speaking, is related to the word “light”) be the missing evolutionary ingredient that our species has been dreaming about? Could the process of transforming passive, semi-conscious non-lucid quantum physics into a more lucid quantum physics be the very shift that our species desperately needs in order to make the critical evolutionary transition from “Homo Somnabulens” to “Homo Lucidus?” Adding the light of lucidity to our collective human experience and thus to our current understanding of quantum physics may be the very factor that enables us to finally bring about and e-lucid-ate a comprehensive and long dreamed about spiritual/scientific synthesis. Could this bridging and blending of science and spirit provide humanity with a more refined and integral map of reality which could lead us back—both individually and collectively—to living, sharing and having an enriched experience of the intrinsic wholeness that currently lies implicit, but yet unlived and largely unfulfilled within every human being? This is a real potential and a very realizable outcome of Lucid-Dreaming Quantum Physics—a human world that is able to collectively embrace its power of open-ended lucid dreaming so as to dream into physical reality the many as yet unrealized yearnings that lie deep within the most sacred visionary chambers of the human heart.