Plant based diet may reduce cardiovascular death risk by 32% 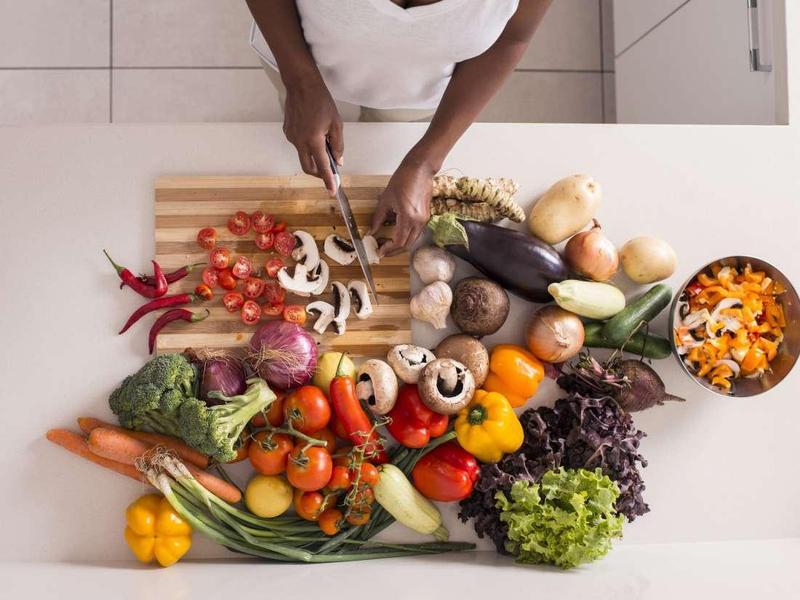 New study supports the mounting body of evidence that eating more plant based foods and fewer animal ones may contribute to a healthy heart and cardiovascular system.

Not only is eating fewer animal products beneficial for the Earth, but it is also great for your health, as more and more research say.

Specifically, a growing body of evidence is demonstrating that a plant based diet could benefit cardiovascular health.

By way of example, one such recent research stated that eating more plant based foods reduces the risk of heart failure by 40%, while another one showed that a vegetarian diet lowers the risk of heart disease death by the same percentage.

Now, a new study published in the Journal of the American Heart Association supports these findings, as researchers find that eating more vegetables, legumes, nuts, and whole grains and fewer animal products correlate with a much lower risk of dying of a heart attack or other serious cardiovascular event.

Casey M. Rebholz, Ph.D., who is an assistant professor of epidemiology at Johns Hopkins Bloomberg School of Public Health in Baltimore, MD, is the lead author of the new study.

Rebholz and colleagues studied data from 12,168 middle aged people who had enrolled in the Atherosclerosis Risk in Communities (ARIC) research. The ARIC project clinically followed the participants between 1987 and 2016.

The researchers in the latest study labelled the participants' diet using four diet indexes: "In the overall plant based diet index and provegetarian diet index," they explain, "higher intakes of all or selected plant foods received higher scores."

25% lower risk of death from any cause

High plant based food consumers were also 25% less likely to die from any cause and had a 32% lower risk of dying from a cardiovascular condition.

While you don't have to give up foods derived from animals completely, our study does suggest that eating a larger proportion of plant based foods and a smaller proportion of animal based foods may help reduce your risk of having a heart attack, stroke or other type of cardiovascular disease

"There might be some variability in terms of individual foods, but to reduce cardiovascular disease risk, people should eat more vegetables, nuts, whole grains, fruits, legumes, and fewer animal based foods." Casey M. Rebholz

Dr. Mariell Jessup, the chief science and medical officer of the American Heart Association (AHA), who was not involved in the study, also comments on the findings.

She says, "The [AHA] recommend[s] eating a mostly plant based diet, provided the foods you choose are rich in nutrition and low in added sugars, sodium (salt), cholesterol and artery clogging saturated and trans fats."

"For example, French fries or cauliflower pizza with cheese are plant based but are low in nutritional value and are loaded with sodium (salt). Unprocessed foods, like fresh fruit, vegetables, and grains, are good choices," Dr. Jessup explains.

The study's lead researcher also mentions that this is one of the first studies to examine this association in the general population. By contrast, most previous research has showed cardiovascular benefits for plant based diets in smaller populations, such as vegetarians.

Also, the "findings are pretty consistent with previous findings about other dietary patterns, including the Dietary Approaches to Stop Hypertension, or DASH diet, which emphasize the same food items," Rebholz adds.

Nevertheless, the research has some limitations, such as the self-reported nature of the dietary intake.

Also, the ARIC study assessed the dietary intake of plant based and animal based foods decades ago, note the scientists, so the measurements may not reflect the modern food industry.