Plan Announced to Eliminate Malaria Worldwide in a Generation 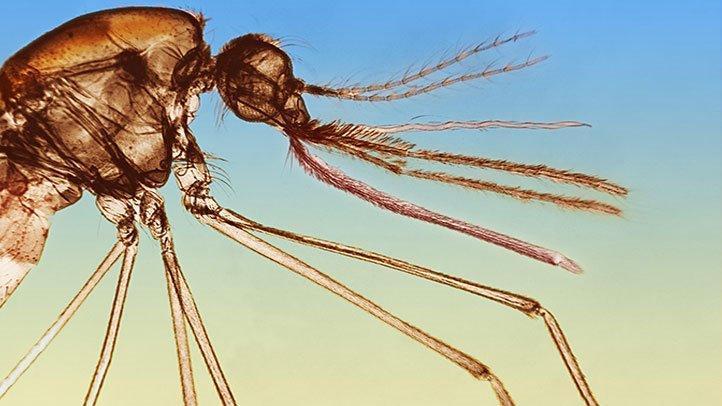 People usually get malaria by being bitten by an infective female Anopheles mosquito.

Malaria, the deadly mosquito-borne infection, has plagued humankind since ancient times. In the 20th century alone, malaria claimed between 150 million and 300 million lives, accounting for 2 to 5 percent of all deaths, according to the Institute of Medicine (U.S.) Committee on the Economics of Antimalarial Drugs.

The World Health Organization (WHO) calculates that over 200 million cases of malaria are reported around the world each year, claiming the lives of nearly one-half million individuals.

The Lancet Commission on Malaria Eradication, an international group of 26 leading malaria experts, published a report on September 8, 2019, in the journal The Lancet detailing a strategy to free the world of the disease by the year 2050.

“The Commission’s report synthesizes existing evidence with new analyses to demonstrate that — with the right tools, strategies, and sufficient funding — malaria eradication can be achieved within a generation,” says author Ingrid Chen, PhD, an assistant professor in the department of epidemiology and biostatistics at the University of California in San Francisco (UCSF), and an associate director of eradication research within the UCSF Global Health Group’s Malaria Elimination Initiative (MEI).

The paper highlights three ways to help ensure that the world is malaria-free in the next thirty years:

Increase spending on malaria Improve management and implementation of malaria programs (including better use of existing technologies) Roll out new technologies, including methods to diagnose and monitor the disease

The plan for eradication calls for significant financial support. The commission estimates that malaria elimination is likely to cost somewhere between $6 billion and $8 billion per year — a substantial hike over the $4.3 billion currently being spent to fight the infection.

The malaria researchers stress that it is essential to direct funds toward strong leadership, staff incentives, stronger community engagement, and better data to inform decision-making.

“Effective management and implementation of malaria control is necessary for national and regional elimination and eventual global eradication,” according to the analysis.

The scientists anticipate that partnering with private healthcare providers and outsourcing delivery of some interventions to the private sector will further improve implementation.

Interventions involve getting drugs that actively fight malaria to those who are infected. These include Atovaquone-proguanil (Malarone), artemether-lumefantrine (Coartem), and quinine; the CDC provides a complete list. Also, malaria vaccines are in development and could play a role.

Taking Steps Forward — and Back

In 2000, the World Health Organization identified malaria as one of the biggest impediments to global development and aimed to halt and begin to reverse the incidence of malaria by 2015.

During that fifteen-year period, efforts to distribute insecticide-treated bed nets, increase rapid diagnostic tests, and improve access to high-quality medication led to a worldwide drop in malaria cases by 37 percent and a decline in malaria deaths by 60 percent.

“Since then, progress has stalled, suggesting that we are hitting the limits of these conventional scale-up strategies,” says Dr. Chen. “Increased rainfall and growing insecticide resistance further threaten progress.”

The paper in the Lancet revealed a recent rise of malaria cases in 55 countries across Africa, Asia, and Latin America and increasing concern about parasite resistance to currently available drugs and insecticides.

Despite these setbacks, the commission predicts that a focused strategy can not only turn things around but lead to the complete elimination of malaria.

“Malaria is preventable and treatable, so it is ethically untenable to allow for continued death from this disease,” says Chen. “Yet it continues to happen. Every two minutes, a child in Africa dies of malaria. Malaria targets those who are the most vulnerable — children, pregnant women, and impoverished populations living far from healthcare. It is one of the oldest diseases faced by mankind, but we can get rid of it, so we should.”

People most commonly get malaria from the bite of female mosquitos in the Anopheles genus. The disease is not spread through casual contact, as with the cold or flu, but it occasionally can be acquired through a blood transfusion, and an infected pregnant mother can transmit the illness to her infant.

The disease produces fever and flu-like symptoms, including shaking, chills, headache, muscle aches, and tiredness. Some may experience nausea, vomiting, and diarrhea as well. With malaria, individuals lose red blood cells, which leads to anemia and jaundice (yellow coloring of the skin and eyes). In severe cases, the illness causes kidney failure, seizures, mental confusion, coma, and death.

William Schaffner, MD, an infectious disease specialist and professor of preventive medicine and health policy at the Vanderbilt University School of Medicine in Nashville, Tennessee, points out that the disease takes an economic toll on patients as well.

“It is a severe, comprehensive infection that is very insidious and can make a population less apt to develop economically,” say Dr. Schaffner. “It can weaken you so you can’t go into the fields or factory to work.”

Who Is Most Affected

Malaria is most prevalent in Africa south of the Sahara desert, according to the Centers for Disease Control and Prevention (CDC). Poor people living in rural areas who lack access to healthcare are at greater risk for the disease.

Although the US is considered malaria-free overall, Americans still get the disease.

A study published in July 2017 in the American Journal of Tropical Medicine and Hygiene found that an estimated 22,000 individuals were hospitalized in the United States with malaria-related illness between 2000 and 2014. The CDC indicates that about 1,700 cases of malaria are diagnosed in the United States each year.

The vast majority of these cases are in travelers and immigrants returning from countries where malaria transmission occurs, many from sub-Saharan Africa and South Asia. That’s why the CDC advises individuals traveling to malarious area take mefloquine, a medication that can prevent the illness.

Proof That the Disease Can Be Wiped Out

The United States, however, serves as an example of how an organized program can eradicate the illness. For most of America’s history, malaria was a serious health threat. George Washington, Abraham Lincoln, and Ulysses S. Grant all suffered from bouts with the disease. Largely through the widespread use of insecticides, the United States wiped out malaria by 1951, notes the CDC.

“I think this is a very, very ambitious plan, but unless we’re ambitious, we won’t make progress,” says Schaffner.