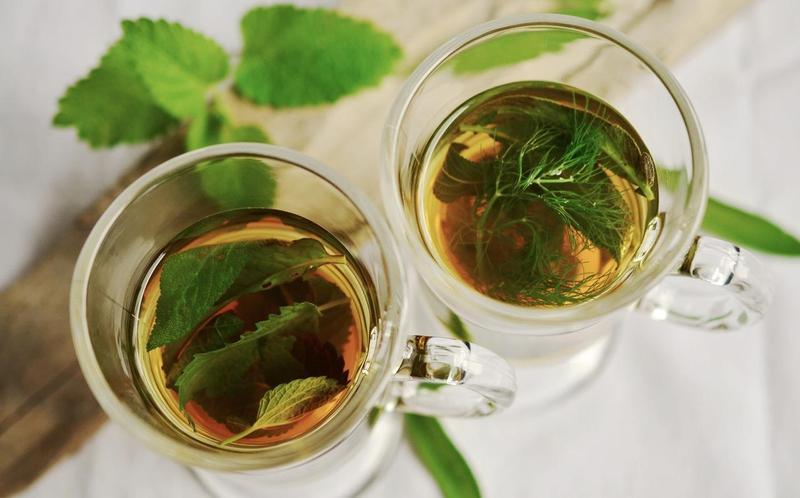 People drink tea for many reasons. Sometimes you need a caffeine boost, an appetite suppressor, or a reminder of being British.

A new study offers yet another compelling reason: bone health.

Tea consumption correlates to higher bone mineral density (BMD) in women, and especially premenopausal women, a new report accepted for publication in Critical Reviews in Food Science and Nutrition found. (BMD is a measure of calcium and other minerals in bones, and is a common measure of bone health, an indicator of osteoporosis, and a gauge for the risk of a bone fracture.)

The researchers reviewed epidemiological studies from all over the world, finding a correlation between tea consumption and higher BMD in postmenopausal women in Canada and England, as well as women in Taiwan, Iran, Japan, and Australia. The study in England, for example, found that the postmenopausal women consuming tea had approximately 5% higher BMD at all three bone sites measured than those who were not tea drinkers. It also found that there was no difference in BMD rates for those who consumed one to three cups versus four or more cups each day, and that adding milk to the tea did not change the correlation.

Men, however, often did not see the same results. In the Iranian study, which also included men, and a Greek study of older men, tea consumption was not associated with higher BMD.

The authors’ hypothesis is that tea’s bone-building characteristics come from its compounds found in plants called flavonoids. Some flavonoids mimic estrogen, a key component in good bone health whose natural production drops during menopause. Flavonoids, therefore, might fill in for estrogen, performing roles like inhibiting osteoclasts, the cells that break down bones and can contribute to osteoporosis.

“There’s some very good data here,” says Taylor C. Wallace, senior director of science policy and government relations at the National Osteoporosis Foundation. However, Wallace cautions, “that doesn’t necessarily mean to drink a tea with 20 grams of sugar with it.” While the NOF doesn’t take a specific stance on tea, he says, it does recommend eating plenty of fruits and vegetables because of the bioactive compounds, like flavonoids, that are in them.

BMD is not the only predictor of fragility fractures—the fractures that result from a fall from standing height or less—so the researchers also looked at studies on the correlation between tea consumption and the fractures themselves. Those results, however, were inconclusive largely because different studies defined tea and tea consumption differently, making it difficult to find a pattern. The researchers have called for more studies on this relationship.

“Tea consumption doesn’t necessarily correlate with fragility fractures and that’s ultimately what we want to see,” says Wallace, who joins the researchers in calling for more research. “The data is not yet there for long-term fracture prevention.”

Until then, though, there’s no reason not to enjoy your morning tea habit just a little bit more.