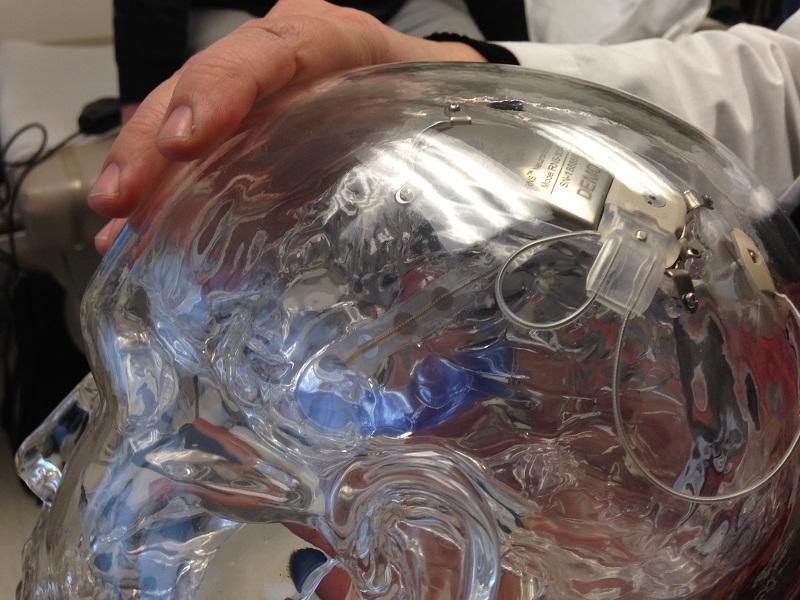 Recognizing that treatment of chronic pain can be confounding, the Neuromodulation Appropriateness Consensus Committee (NACC), an international group of more than 60 leading pain specialists, has created the first consensus guidelines for the use of neurostimulation in chronic pain.

Neurostimulation is an established and growing area of pain therapy that treats nerves with electrical stimulation rather than drugs. The NACC findings, announced at the International Neuromodulation Society (INS) 11th World Congress, address provider training, patient screening, and treatment recommendations.

While the extent and suffering of chronic pain is becoming better recognized, the danger of opioids for addiction, diversion or misuse is well known. Long-term opioid use can lead to the need for escalating doses to bring relief, and raises the risk of physical dependence, overdose, weight gain, depression, and immune and hormone system dysfunction.

Neurostimulation has been shown in clinical studies to be safe and effective for properly selected patients, and is approved by the FDA to treat chronic pain of the trunk and limbs. It belongs to a family of therapies known as neuromodulation because they modulate, or alter, the function of nerves, such as nerves that may have become hypersensitized or damaged, or are otherwise sending pain signals long past the initial injury. Since the components of neurostimulators bear some resemblance to heart pacemakers, they are sometimes called pain pacemakers.

The NACC recommends neurostimulation be used earlier in the treatment of some kinds of chronic pain, such as failed back surgery syndrome and complex regional pain syndrome. A study being presented at the world congress shows neurostimulation effectiveness correlates with early use in those conditions, with the added benefit of shortening the time patients spend trying other methods and containing long-term costs of managing chronic pain.

The most common form of neurostimulation, spinal cord stimulation (SCS), was introduced in 1967 and is now implanted in some 4,000 patients annually in the United States. With SCS, appropriately selected patients who have had back and/or leg pain longer than six months often find their symptoms relieved by 50 percent or more. The therapy uses slender electrical leads placed beneath the skin along the spinal cord and connected to a compact pulse generator, about the size of a pocket watch, that sends mild current along the leads to elicit a natural biological response and limit pain messages sent to the brain. Patients try the minimally invasive technique to see if it works for them before receiving a permanent implant.

"The lessons learned over the last few decades of clinical practice have influenced neurostimulator design, placement, and programming -- and added new insights into spinal anatomy and pain physiology," said INS President Dr. Simon Thomson, consultant in in pain medicine and neuromodulation at Basildon and Thurrock University NHS Trust in the United Kingdom.

Although neurostimulation devices may seem novel at first, using electrical current to limit pain dates back to antiquity, when standing on an electric fish was one remedy. Use of modern neurostimulation devices is likely to expand as the aging populace lives longer with chronic conditions, while technological refinements and clinical evidence continue to accumulate.

"A reduction in opioid use among patients treated with spinal cord stimulation was shown in a several studies, notably a 2005 randomized controlled clinical trial led by Dr. Richard North under the auspices of the Johns Hopkins University School of Medicine," commented INS Secretary and study co-author Dr. Marc Russo, director of the Hunter Pain Clinic in New South Wales, Australia. "Broad-based studies show that within two years, using spinal cord stimulation rather than repeat back surgery is not only a more cost-effective use of health resources, it also is correlated with higher rates of return to work."

Consensus committee authors believe that when appropriately applied, neurostimulation to target treatment directly to nerves can improve productivity and quality of life for chronic pain patients, offering a potentially less costly and risky option than repeat surgery or long-term painkiller use. They recommend:

- Neuromodulation providers receive at least 12 hours of continuing medical education per year directly related to improving outcomes with neuromodulation, with additional mentoring by a credentialed provider at a hospital officially accredited by the Joint Commission on Accreditation of Healthcare Organizations or its equivalent.

-- Spinal cord stimulation should be used early in the treatment of failed back surgery syndrome as long as there is no progression of a neurological condition requiring semi-urgent intervention.

-- Patient selection decisions should be made with any clinicians who are treating co-existing conditions, who may include the patient's primary care provider, cardiologist, or neurologist.

-- Due to the emotional impact of the experience of pain, an assessment of a psychologist or psychiatrist is recommended within the first year of implant.

-- Spinal cord stimulation and peripheral nerve stimulation should be considered earlier, when possible, and are recommended to be trialed in the first two years of chronic pain.

-- Peripheral nerve stimulation (beyond the spine) should be reserved for patients in whom the pain distribution is primarily in a named nerve that is known to connect the area of pain. Temporary relief of the patients' pain by an injection of local anesthetic in the nerve distribution should be seen as an encouraging sign for the use of this therapy.

-- To cover an area that is not located in the distribution of a named peripheral nerve, stimulation of a peripheral nerve field with electrodes placed in the subcutaneous area just beneath the skin may give relief if stimulation from SCS does not reach this area. In many cases a hybrid of two or more of these methods may present the best chance of an acceptable outcome.

-- SCS should be used as an early intervention in patients with Raynaud's syndrome and other painful ischemic vascular disorders, which involve insufficient blood supply to part of the body. If ischemic symptoms persist despite initial surgical or reasonable medical treatment, SCS should be trialed.

-- In the use of spinal cord stimulation to treat painful diabetic peripheral neuropathy, decision-making should be performed on an individualized basis, considering current diagnoses and other factors. A type of SCS that stimulates a structure at the edge of the spinal column, the dorsal root ganglion, may be most suited for this disorder.