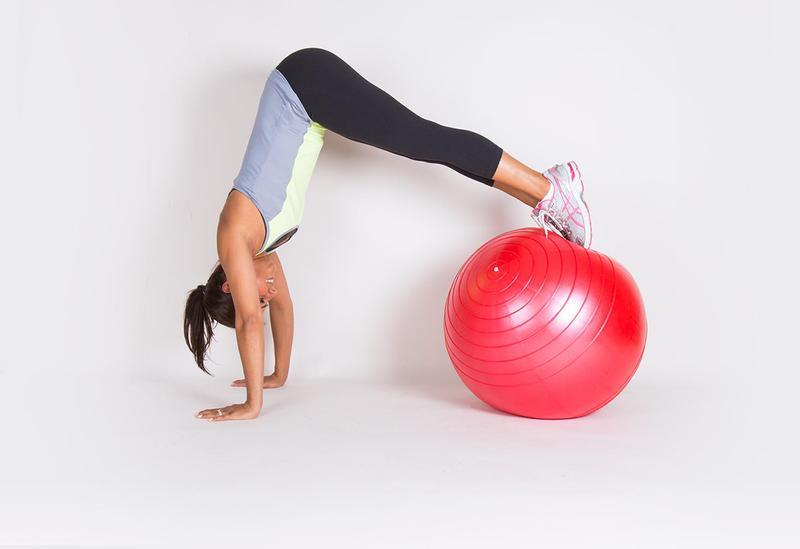 Elite tennis players have an uncanny ability to clear their heads after making errors. They constantly move on and start fresh for the next point. They can’t afford to dwell on mistakes.

Peter Strick is not a professional tennis player. He’s a distinguished professor and chair of the department of neurobiology at the University of Pittsburgh Brain Institute. He’s the sort of person to dwell on mistakes, however small.

“My kids would tell me, dad, you ought to take up pilates. Do some yoga,” he said. “But I’d say, as far as I’m concerned, there's no scientific evidence that this is going to help me.”

Still, the meticulous skeptic espoused more of a tennis approach to dealing with stressful situations: Just teach yourself to move on. Of course there is evidence that ties practicing yoga to good health, but not the sort that convinced Strick. Studies show correlations between the two, but he needed a physiological mechanism to explain the relationship. Vague conjecture that yoga “decreases stress” wasn’t sufficient. How? Simply by distracting the mind?

The stress response in humans is facilitated by the adrenal glands, which sit on top of our kidneys and spit adrenaline into our blood whenever we’re in need of fight or flight. That stress response is crucial in dire circumstances. But little of modern life truly requires it (especially among academic scientists). Most of the time, our stress responses are operating as a sort of background hum, keeping us on edge. Turn that off, and we relax.

“It might explain why certain sensations we find very relaxing or stressful.”

For a long time, it has been understood that the adrenal glands were turned on and off by a couple discrete pathways coming from the brain. “Folks said there was one particular cortical area, perhaps two, that controlled the adrenal medulla,” Strick explained.

Randy Bruno, an associate professor of neuroscience at Columbia University, further explained that “the way people usually think about the cortex, it’s very hierarchical.” That is, perceptions come in from the world and get sent from one part of the brain to the next, to the next, to the next. They go all the way up the chain of command to the frontal cortex. That sends some signals down to create motor actions.

If stress is controlled by these few cortical areas—the part of the brain that deals in high-level executive functioning, our beliefs and existential understandings of ourselves—why would any sort of body movement play a part in decreasing stress?

Now Strick seems to have solved his own problem. In the journal Proceedings of the National Academy of Sciences, the Pittsburgh neuroscientists showed that they have discovered a discrete, elaborate network in the cerebral cortex that controls the adrenal medulla. It seems that the connections between the brain and the adrenal medulla are much more elaborate than previously understood. Complex networks throughout the primary sensory and motor cortices are tied directly to our stress responses.

“This is suggesting a much more decentralized process,” said Bruno of the findings. He was not involved in the study.“You have lots of different circuits built on top of one another, and they’re all feeding back to one of our most primitive and primordial response systems. They've really shown that stress is controlled by more than the traditional high-level cognitive areas. I think that’s a big deal.”

To explain the implications of this new brain-adrenal “connectome”—as new neural connections are often now being called—requires a look at the mapping process.

Rabies can be a fantastic tool, in the right hands. Inject it into an organ, and the nerves that feed that organ will take the virus up and carry it backward toward the central nervous system. En route, the virus hijacks the machinery of the nerves in the cell body and dendrites to replicate and grow its numbers, then cross the synapse from a neuron backwards into all of its inputs.

By charting the progress of the virus, scientists can map out the neural connections between an organ and the brain in ways that were previously impossible. In this case, Strick and his team injected the adrenal glands of monkeys.

“How we move, think, and feel have an impact on the stress response through real neural connections.”

Rabies moves at a predictable rate, replicating every eight to 10 hours, moving rapidly through chains of neurons and revealing a network. The researchers could allow the virus to move up the nervous system and reach the brain but could sacrifice the monkey before it showed any symptoms of infection.

“If someone dies of a herpes infection, their temporal lobes look like soup,” Strick explained to me. He contrasted that with the brain of someone who dies of a rabies infection, which looks grossly normal. It’s still an open question how exactly rabies disables our nerves. It can live inside a neuron for a while innocuously—which allows rabies to move through a population. So, Strick emphasizes, the monkeys weren't suffering.

When the virus has had enough time to travel a predictable distance, the researchers anesthetize the animal, wash out its blood, perfuse the central nervous system with fixatives, and use antibodies to detect where the virus has spread. The kills were timed to various stages to create a map. By the time you’ve gone through several sets of synapses that mapping is an enormous task. There’s an exponential increase in the number of neurons.

Once they managed to chart the connections, though, the researchers were astounded at what they saw. The motor areas in the brain connect to the adrenal glands. In the primary motor cortex of the brain, there’s a map of the human body—areas that correspond to the face, arm, and leg area, as well as a region that controls the axial body muscles (known to many people now as “the core”).

The Pitt team didn't think the primary motor cortex would control the adrenal medulla at all. But there are a whole lot of neurons there that do. And when you look at where those neurons are located, most are in the axial muscle part of that cortex.

“These neural pathways might explain our intuitive sense for why there are many different strategies for coping with stress,” said Bruno. “I like the examples they give in the paper—that maybe this is why yoga and pilates are so successful. But there are lots of other things where people talk about mental imagery and all sorts of other ways that people deal with stress. I think having so many neural pathways having direct lines to the stress control system, that’s really interesting.”

Strick focused on movement, but Bruno specializes in sensory neuroscience, so he read more into the findings in the primary somatosensory cortex. Some of these tactile areas in the brain seem to be providing as much input to the adrenal medulla as the cortical areas. “To me that's really new and interesting,” said Bruno. “It might explain why certain sensations we find very relaxing or stressful.”

I thought of a good back scratch, or, for some reason, the calming sensation of putting your bare hand into a plate of fresh pasta.

The idea that primary sensory and motor areas in the brain have a part in to modifying internal states in such a prominent way has caused Bruno to question the very nature of these areas of the brain. “It's not clear to me—from our work, and from their work—that what we call motor cortex is really motor cortex,” he said. “Maybe the primary sensory cortex is doing something more than we thought. When I see results like these, I go, hm, maybe these areas aren’t so simple.”

With this come implications for what’s currently known as “psychosomatic illness”—how the mind has an impact over organ functions. The name tends to have a bad connotation. The notion that this mind-body connection isn’t really real; that psychosomatic illnesses are “all in your head.” Elaborate connections like this would explain that, yes, it is all in your head. The fact that cortical areas in the brain that have multi-synaptic connections that control organ function could strip the negative connotations.

The Pitt team has previously injected the heart and seen cortical areas that are involved in controlling its rhythm. They believe that may explain cases of sudden unexpected death—from epilepsy, from brain injury, even from strong emotional stimuli (positive and negative) leading to heart attacks. There is also the emerging field of neuro-immunology, which is looking at the effects of stress on the immune system.

All of this lends some credence to people who may once have been dismissed by people like Strick himself, who are skeptical of anything that isn’t borne out by a concrete mechanism. As he put it, “How we move, think, and feel have an impact on the stress response through real neural connections.”