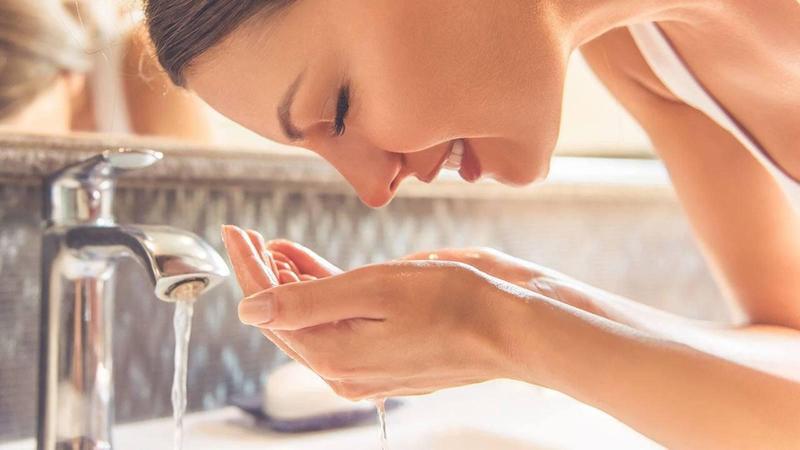 The modern world seems to be designed to increase stress, and I'm starting to wonder if worrying will soon be an Olympic sport.

You may have your own ways of coping with stress. Problem is, research says they probably don't work.

The APA's national survey on stress found that the most commonly used strategies were also rated as highly ineffective by the same people who reported using them. For example, only 16 percent of people who eat to reduce stress report that it actually helps them. Another study found that women are most likely to eat chocolate when they are feeling anxious or depressed, but the only reliable change in mood they experience from their drug of choice is an increase in guilt.

So let's go after this stress thing where it lives: your brain. There are some great methods to train your mind to reduce stress.

But they take work. And right now you're too stressed out for any of that. (Or maybe you're just lazy and impatient. Hey, I don't judge.)

So we need some stuff that's diabolically easy and backed by neuroscience research — but let's keep the emphasis on diabolical. If your brain won't play fair, neither will we. So what do we need here?

Old-fashioned treachery. Of the neuroscience variety. Time to do an end run around your brain's stress response and exploit physiology to trick it into calming down. Let's play neurological hardball.

1. Clench your facial muscles and relax them

Your grey matter gets stressed and your muscles tighten up. Then your tense muscles send a signal back to your brain, confirming you're stressed. We gotta break the loop.

Clench your facial muscles and then relax them. Now your body is sending a signal to your brain saying, "We're not stressed anymore. You shouldn't be either."

To remind your brain to relax your muscles, sometimes it's helpful to clench them first. Take a deep breath in and then flex a tight muscle for a few seconds. After holding for a few seconds, exhale with a sigh and relax. The most important muscles to relax are your facial muscles, since those have the largest effect on emotion, but relaxing your hands, butt, and stomach are also important.

If your partner is around and you don't feel like making a face that looks like you're constipated, have them give you a massage. That works too.

So funny faces can beat stress. Or maybe you're getting a massage instead. That's even better. You're less stressed and you're bonding with your partner.

But what if facial scrunching doesn't work? What other dirty physiological tricks do we have?

The vagus nerve is one of the key emotional highways in your body. It sends signals down to your heart and up to your brain playing a critical role in regulating the fight-or-flight system.

Directly stimulating the vagus nerve can fix all your issues. Only problem is that would require a scalpel and a lot of medical school loans. So we'll stay focused on treachery.

How you breathe can hijack the way the vagus nerve works. In fact, it's one of the fastest ways to change your emotional state.

So how do you do it right?

And this is no small effect. After the U.S. military taught Navy SEAL recruits a few psychological tricks (including proper breathing) passing rates jumped from 25 percent to 33 percent.

An interesting side note: Do the opposite and you'll get the opposite effect. Need more energy? Breathe quickly.

By contrast, rapid breathing deactivates the parasympathetic nervous system and activates the sympathetic nervous system. When you are anxious, excited, or scared, you breathe quickly. But it's also true that if you breathe quickly, you're more likely to feel those feelings. Fast breathing can make you more nervous — but also more excited. Sometimes that's a good thing. Maybe you need a bit more energy to make it to the gym (or to do anything at all). Try quick, shallow breaths for 20 to 30 seconds — .

What if this doesn't work? You're huffing and puffing and you're still worried your house is going to get blown down. Head to the sink, my friend…

3. Splash your face with cold water

Cold water on your face will jolt your vagus nerve and slow your heart rate. Your brain feels your heart rate dropping and says, "We must not be stressed anymore." (Ha! Stupid brain…)

Sudden cold water on your face slows down your heart rate by indirectly stimulating the vagus nerve. If you're feeling overwhelmed, stressed, or anxious, find a sink, fill your hands with cold water, and splash it on your face.

Alright, maybe you've made funny faces, you're breathing like Darth Vader and your face is soaking wet — but you're still stressed. Do not worry. (Or I should say, "Do not worry even more.") Neuroscience has another sneaky trick. And this one is fun.

4. Play music and do a little dance

Music affects how you feel, right? Fight the bad feelings with good feelings by listening to the music you love.

Sound overly simple? Nope. Your favorite song will passively help straighten out key limbic system regions like your hippocampus, your anterior cingulate, and your nucleus accumbens. Making music has an even more powerful effect.

And, no, you don't have to do a little dance. But you get bonus points if you do.

Whether playing an instrument or listening to the radio, music increases heart-rate variability, though making music has a stronger effect. Music engages most of the limbic system, including the hippocampus, anterior cingulate, and nucleus accumbens, which is why it can be motivating and enjoyable and can help regulate your emotions. It can also be soothing, lowering blood pressure and reducing stress. So sing along with the radio or just make a playlist of your favorite songs. Better yet, go dancing. Dancing combines music, exercise, and being social, so you get a triple boost to an upward spiral.

Alright, you've fooled your brain into a state of calm that would make Zen masters envious. Let's round up what we learned and do something fun together that will relieve stress and make you smile instantly…

Here's how neuroscience and treachery can make you stress-free:

So how can you kill stress and be happier with almost no effort whatsoever?

Research shows that owning a dog reduces stress. In fact, the effect is so powerful that just watching a video of a cute animal reduces heart rate and blood pressure in under a minute.

In an innovative study, Deborah Wells examined whether merely looking at a video of an animal can have the same type of calming and restorative effects as those created by being in its company… Compared to the two control conditions, all three animal videos made the participants feel much more relaxed. To help reduce your heart rate and blood pressure in less than a minute, go online and watch a video of a cute animal.

You want easy stress relief? All you have to do is watch this video: