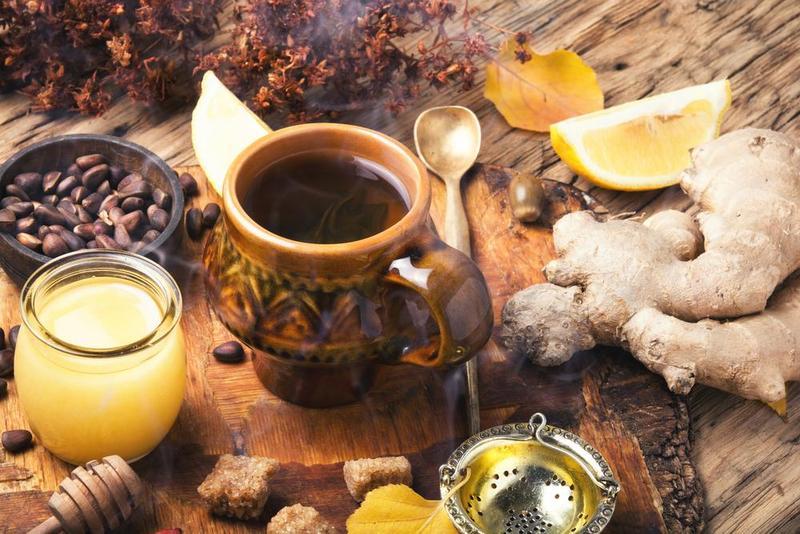 Surgery is commonly advocated for swollen adenoids, but you can also try to alleviate the swelling with simple home cures before opting for more invasive treatments. In this article we have listed effective home remedies for swollen adenoids that may ease your symptoms.

Adenoids are best defined as small masses of tissue located at the back of the throat. Although they are similar to tonsils, they are distinctively different considering that they are situated over the tonsils.

Adenoids are important like tonsils, they are a critical component of the immune system of the human body.

Adenoids start early considering that they may first surface at birth and may peak at around 3 to 5 years of age. Experts are of the opinion that adenoids begin to shrink at around 7 years of age and tend to fade out by early adulthood.

Adenoids are known to predominantly protect the infant from infection as they act as a filter and first line of defence which traps the invading bacteria and virus. During the process, adenoids may become swollen. In instances where the adenoids continue to stay enlarged and refuse to return to their original size, the condition is known as swollen or enlarged adenoids.

These swollen glands then develop deeper crypts and pockets which can trap and house infecting germs like bacteria and virus for a long time, leading to a further increase in size of the adenoid glands.

Some of the more commonly trapped organisms which can cause infection are entero virus and H Pylori.

Although since times immemorial experts have opined that food can trigger an attack of swollen adenoids, it was only in recent times that studies have validated this speculation.

To further elaborate the case in point, studies have now concluded that food allergies can lead to swollen adenoids. The reaction is triggered off by the release of histamine from the immune system. What makes it even more surprising is the fact that the reaction is predominantly local rather than blood borne.

If you are looking for home remedies for swollen glands it is critical that one understands swollen adenoids better.

Those with a scientific temper may well find it fascinating that contrary to popular belief, swollen adenoids are not always treated like a disease condition. It is a distinct possibility that the child may have swollen glands in early childhood and they continue to stay enlarged as the baby continues to grow. The logic being that these enlarged glands will shrink with age and no active intervention is required unless the patient presents with symptoms.

After the age of 3 to 7 years, the swelling begins to subside and may shrink dramatically by the time that the child reaches adulthood.

Swollen adenoids are arguably the simplest of medical conditions to diagnose.

Although mouth breathing in isolation is harmless, it can lead to certain complications such as:

The airway is best defined as the path that air takes starting from the lungs, passing through the throat to finally reach the lungs.

The adenoids are known to be located at the back of the throat and just above the level of the tonsils. These glands along with the tonsils form a circular ring on the inner side of the throat. When one breathes, the air has to pass through the ring before finally reaching the lungs.

In instances where the adenoids are swollen, the size of the lumen through the ring becomes smaller and begins to obstruct the movement of air through the passage.

When those affected with enlarged glands, the muscles of the throat also relax and the airway is obstructed leading to reduced air reaching the lungs. The patient awakens with a sense of gasping and air hunger. The throat muscles then tighten and one would go back to sleep once of amount of air reaching the lungs is corrected.

The condition is best connoted as sleep apnea and one may experience a repeat, several times in an hour.

Contrary to popular belief, snoring is not limited to middle aged individuals. The medical fraternity is of the opinion that snoring could have a very specific cause such as enlarged adenoids.

Snoring is best defined as the noise that is generated by the vibration of soft tissues which line the inner walls of the throat. Typically this occurs when the flow of air through the airway is obstructed. Typically, this obstruction could be attributed to swollen adenoid glands.

If statistics are any index, the common cause for visiting the Emergency Room of a hospital is breathing difficulty or shortness of breath. This is not surprising considering the fact that when adenoids are swollen, the child may be unable to breathe through the nose and may become a mouth breather. This in turn leads to a significant shortness of breath or dyspnoea, as it is better known in medical parlance.

Statistics have indicated that 8 out of every 10 children suffer from Glue ear at least once by the time they turn 10.

Glue ear or Otitis Media with effusion, as it is better known, is best defined as a common childhood disease wherein the middle ear is filled with fluid. The condition is usually associated with impaired hearing loss.

When swollen adenoids press on the Eustachian tube opening and transfer the trapped bacteria into the tube, it can lead to infection of the middle ear and hence lead to an acute medical condition known as glue ear.

As children are more commonly affected compared to adults, conventional treatment and surgery can prove to be too strong and the preferred option is to go natural.

Gargles have proved to be one of the more effective remedies in recent times. All that you would need to do is to add a tablespoon of salt to hot water and gargle with the concoction. The preferred frequency is thrice a day and you may have to continue this home remedy for five to seven days; depending on the severity of infection.

When you gargle, the high concentration of salt in the water will absorb water from the inflamed and swollen tissues. This would evidently lead to a significant reduction in the swelling in the tissues. This will lead to a quick reversal of distressing symptoms like snoring and difficulty in swallowing.

Conversely, experts are of the opinion that there is more to salt water gargles than mere physiology. Studies in recent times have now concluded that when excess fluid moves from the adenoid tissue to the outside, it invariably leads to a state of dehydration.

This state of acute fluid loss or dehydration is not a viable environment for multiplication or replication of pathogenic or disease producing bacteria. Thus it is scarcely surprising that salt and warm water gargles continue to be one of the more popular and effective treatments for swollen adenoids.

Those looking for quick results may well adopt the garlic option. Garlic is considered as one of the most effective antibacterial and anti–inflammatory agents known to mankind.

Garlic can destroy and even eradicate pathogenic or disease producing bacteria. On the contrary anti–inflammatory agents are effective in controlling and reversing inflammatory processes in the body.

Typically garlic is best consumed raw and naturalists believe that it could be crushed and mixed with lemon and honey for optimal results.

The honey and lemon mix is known to work wonders with your system. Honey is a strong anti–inflammatory and anti–bacterial natural option while lemon strengthens the immune system of the body.

The enhanced immune status of the body would help prevent the invasion of the body by disease producing bacteria. A teaspoon of honey mixed with a few drops of lemon juice is known to be particularly effective.

Note: Don’t give honey to kids who are under 1 year old.

Warm beverages like warm tea with honey, a clear broth or even a clear soup can help reverse the swelling.

Children diagnosed with the condition may well find it difficult to swallow food and dieticians would advocate consuming more of warm beverages which are both nutritious as well as soothing.

A cod liver oil is a great option for enlarged adenoids. This oil can reverse inflammation as well as reduce infection.

Experts believe that cod liver oil can even enhance lymphatic circulation, thus it is not surprising that the oil is known to help reverse the swelling. If your child is less than 12 years of age, then you could well use the oil in liquid form.

On the contrary, if your child is more than 12 years of age, then one could well use capsules for optimal results.

Swollen adenoids are invariably associated with infection, thus logically one would need to reverse infection if the swelling is to be controlled. This is best achieved by administering a natural immune enhancing supplement like Echinacea which will improve the natural resistance of the body and minimize the probability of contracting infections in the future.

This wonder option is known to enhance the lymphatic system and can detoxify the system by controlling infection and reversing the swelling.

Swollen adenoids are usually infected, and the swelling will subside once the infection is controlled. This can be achieved by warming a glass of milk and adding pepper and turmeric powder to the milk.

When consumed just before bedtime, the results are particularly encouraging considering that the mix may reverse the symptoms and more importantly control and reverse the swelling too.

Can adenoids grow back?

Contrary to popular belief recurrence of swollen adenoids is extremely rare. If you have been treated for swollen adenoids and have had your adenoids removed, there is no cause for concern because adenoids growing back is relatively uncommon.

Experts are of the opinion that although the phenomenon is uncommon; adenoids can rarely grow back in children and thus follow up after surgery is strongly recommended.