Natural Alternatives to The 7 Most Prescribed Drugs in the World 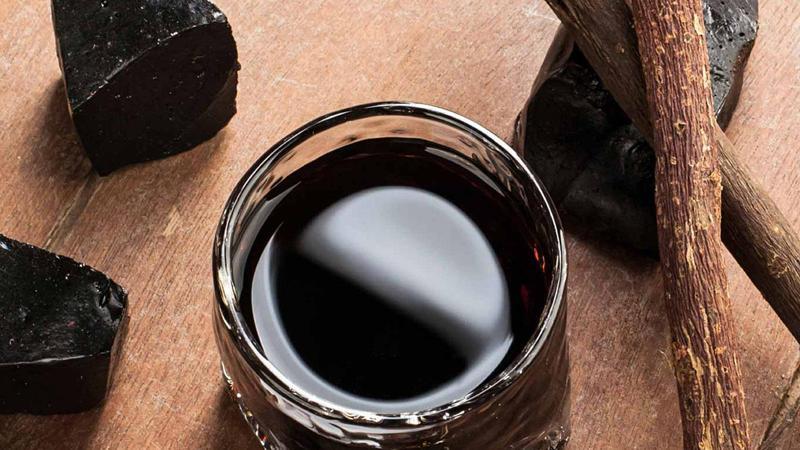 We don’t have to live in a medicated world, but we certainly choose to. The crux of the matter is that we refuse to proactively think about prevention because we reactively commit to treating the symptoms of underlying health problems. This is the allopathic model.

We want the quick fix so we can continue our poor lifestyle and dietary habits. It doesn’t have to be this way, but it is. We can blame doctors, the medical institutions and healthcare systems all we want, but self-responsibility is our only recourse if we are ever to surface from this mess.

There are no excuses–if you’re taking one of these drugs, consult with a Natural Health Practitioner this week about phasing out your medication and phasing in these powerful natural foods and remedies.

In the last 15 years of life, people are experiencing more pain for longer periods than at any point on our historical record. If you think life expectancy has increased to the benefit of mankind, you’re not looking at the numbers.

78% of U.S. prescriptions written in 2010 were for generic drugs (both unbranded and those still sold under a brand name). The most prescribed drugs aren’t always the best selling drugs, there’s a difference.

Make a commitment to yourself right now and start incorporating some of these amazing foods into your diet with no consequence of side effects. When you accept this, you will get off prescription medications for good.

Check out the top 7 most prescribed drugs and the best natural remedies to treat and prevent disease.

Currently the single most prescribed drug in the world. More and more doctors are getting huge payouts from pharmaceutical companies to promote these hydrocodone, especially generic drugs. They make up more than 20% of the top prescribed medications.

Dr. Thomas Frieden, director of the Centers for Disease Control and Prevention (CDC), told Fox News that doctors are handing out narcotics like candy. Some doctors are giving patients prescriptions for narcotics for even minor injuries.

It is an orally psychoactive compound that works as a narcotic and analgesic. It is biotransformed by the liver into several metabolites. It is highly dependent on metabolism by the Cytochrome P450 pathway.

Respiratory depression; bradycardia; coma; seizures; cardiac arrest; liver damage; and death. Inherited genes such as the Cytochrome P450 affects metabolic pathways–some cannot process it at all, whereas a smaller percentage can get even more strength from it than usual.

Use: Reduction of LDL Cholesterol

Approximately 15% of the top prescribed medications are generic statins. A study published in January 2012 in the Archives of Internal Medicine linked statins to 48 percent increased risk for type-2 diabetes.

The are NO scientific studies ever documented which have proved through causation that lowering LDL cholesterol prevents disease. The obsessed culture of lowering cholesterol may actually be causing cancer.

Statins artificially lower cholesterol levels by inhibiting a critical enzyme HMG-CoA reductase, which plays a central role in the production of cholesterol in the liver.

Use: Reduction of High Blood Pressure

In combination, Lisinopril and Norvasc make up a whopping 23% of the top prescribed medications. This makes them the most prescribed generic medications (if combined) for cardiovascular disease and blood pressure. Individually, Lisinopril constitutes approximately 14% and Norvasc about 9%.

Lisinopril is typically used for the treatment of hypertension, congestive heart failure, and heart attacks. Norvasc is used for hypertension and angina. It accomplishes this by inhibiting the influx of calcium ions into vascular smooth muscle and cardiac muscle so it essentially interferes with the metabolism of calcium.

Natural Alternatives: Any foods high in and water, and CoQ10 are also very effective for lowering blood pressure.

A synthetic form of the thyroid hormone thyroxine, generic Synthroid makes up more than 11% of the top prescribed medications. It’s used to treat hypothyroidism. The related drug dextrothyroxine (D-thyroxine) was used in the past as a treatment for elevated cholesterol but was withdrawn due to cardiac side-effects.

It replaces the thyroid hormone which is naturally occurring in the thyroid gland essentially halting natural production.

A proton pump inhibitor which constitutes just over 8% of the top prescribed medications. Omeprazole is one of the most widely prescribed drugs for reflux disease (GORD/GERD/LPR) and ulcers internationally and is available over the counter in some countries.

How it Works: It suppresses gastric acid secretion by specific inhibition of the gastric acid ions in cells. The absorption of omeprazole takes place in the small intestine essentially turning off the switch which promotes healthy digestion of foods. Omeprazole is also completely metabolized by the cytochrome P450 system.

In combination, azithromycin and amoxicillin contribute towards a mind-blowing 17% of the top prescribed medications. Then we wonder why we have antibiotic resistance. On their own, each contributes about 8.5%. Azithromycin is one of the world’s best-selling antibiotics and derived from erythromycin. Amoxicillin is usually the drug of choice for children.

Glucophage drugs round up the top 7 but the prescription rate of this drug is rapidly increasing. It makes up about 7% of the top prescribed medications. It is the first-line drug of choice for the treatment of type 2 diabetes, in particular, in overweight and obese people. It also acts to indirectly lower LDL cholesterol and triglyceride levels.

By suppressing natural glucose production by the liver, the drug activates an enzyme which plays an important role in insulin signaling, whole body energy balance, and the metabolism of glucose and fats.

Lactic acidosis, impaired liver/kidney function, decreasing thyroid stimulating hormone and testosterone, increased homocysteine levels, malabsorption of vitamin B12, B12 deficiency, bladder cancer, heart failure. The biggest consequence of diabetes drugs is that it causes pancreatic function to substantially decrease inhibiting several hormones and causing other imbalances which are never correctable without abstaining from the drug.

Black tea, , red grapes, steel cut oatmeal, broccoli, spinach, green beans and strawberries. 90% of all cases of diabetes can be
resolved by eating foods with a low glycemic load
, and pursuing both
weight training and aerobic exercise
.

The drugs on which we spend the most money are those that are still new enough to be protected against generic competition. That’s why drugs like Abilify and Seroquel (antipsychotics), as well as Plavix (blood thinner) and Advair Diskus (asthma inhaler) don’t make the list.