My First Experience with Craniosacral Therapy 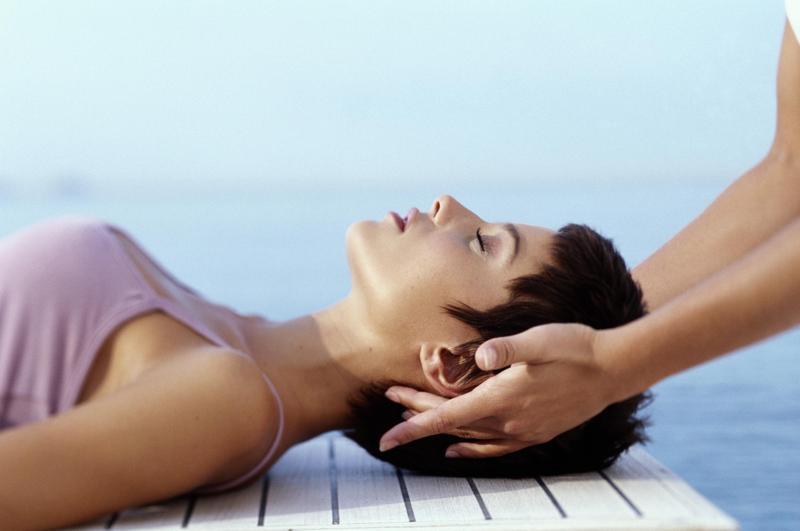 I decided to go to craniosacral therapy after considering its supposed effects: increased energy and the healing of old injuries. I was interested not only in something that would help my anxiety and hallucinations but also in a technique that would supposedly help the physical healing process. I had reviewed many bodywork techniques and considered which would help me the most. Craniosacral work sounded the most dramatic and effective. I also picked this therapy for its ability to induce more or less permanent changes.

The therapist used different techniques, alternately pulling on my legs at the ankles, placing her hands under the base of my skull, and holding the body under the sacrum, among other things. Initially, she said that she felt a strong "pulse" (i.e. craniosacral pulse) and that this was good. Also, when she placed her hands under the base of my skull for the first time, she asked if I'd had any traumatic injuries; any car accidents, surgeries, etc. I said no. I'm not sure if she felt that I was restricted here or what. My first sensations during the session were also that my heart was beating fast and a feeling of warmth.

Throughout the session, as the therapist used different techniques, I would feel a sort of tension, which would then release. With each release I felt a lot of warmth, some muscle jitters, and a general sense of something relaxing. I also often felt the effects of the techniques in a different part of the body from where she was working! I got quite hot during the session, and she said that she could actually feel the warmth in her hands from the energy that I was releasing! Occasionally, though, I felt as though I was surrounded by cool air, which seemed to alternate with the heat, though it was less frequent than my overall sensation of warmth.

The most amazing part of the therapy, however, seemed to come more in the second half of the session, after some of the initial releases. She did one technique that I believe she said was an osteopathic technique, in which one hand is placed under the sacrum and the other beneath the base of the skull. She nicknamed it, "the flying carpet ride." I think that it involved gentle rocking on her part. At any rate, I felt like I was floating. The way that I felt is almost indescribable. It was as if my body was floating on a sea of energy. At another point, she cradled the back of my head and gently guided my head to the left and right. It was as if I was engaged in a little dance! Once again, I felt as though I were in a sea of energy and my head moved back and forth with such ease and fluidity that I felt as though I had returned to the womb! One other technique she did was to place her hands on my ears and sort of inside the outer ear. It felt as though my ears and lobes were being elongated! Literally, I felt as though my ears were twice as long, and again there was a feeling of warmth, energy, and fluidity in this part of my body.

During the session, she also pinpointed some physical problems that I had even though I had not even mentioned them! For example, she said that she sensed some restriction in my hip. I was surprised and said that I did seem to occasionally have pain there. She also asked me if I have painful periods. This too was true. She said that the ovary area felt a little bit "hard." I'm not sure what that means, but I guess this area is supposed to be soft.

After the therapy, I felt sort of off-balance and a little spacey, but extremely relaxed! My therapist asked me how specifically did I feel off-balance? I said I felt as though one shoulder were higher than the other. (I have had restriction in my left shoulder for a number of years now due to an old sports injury.) She said that the body gets accustomed to being misaligned and that it takes a period of adjustment (usually a couple of days) for it to adjust to being in correct posture! She also said that I might experience some strange dreams or some emotional responses over the next couple days. She said the best thing for me to do was to just go with what I was feeling...

Last night, after my session, I had some trouble going to sleep. Although I felt quite tired, I also had a lot of energy! My hip was sore during the first part of the night, and today it's still sort of sore. I did have some strange dreams as well, including one about a fox who was running across a farm field playing field hockey! This morning, I awoke to fresh snow outside and fox tracks across the driveway! Guess I'll have to take this one to the dreams interpretation forum!

Right now, I'm adjusting to the effects of the session, and I feel more composed and with more energy, though still a little tired.

by Alternliving For Cure Zone