Is Vegetable Oil Really Better for Your Heart? 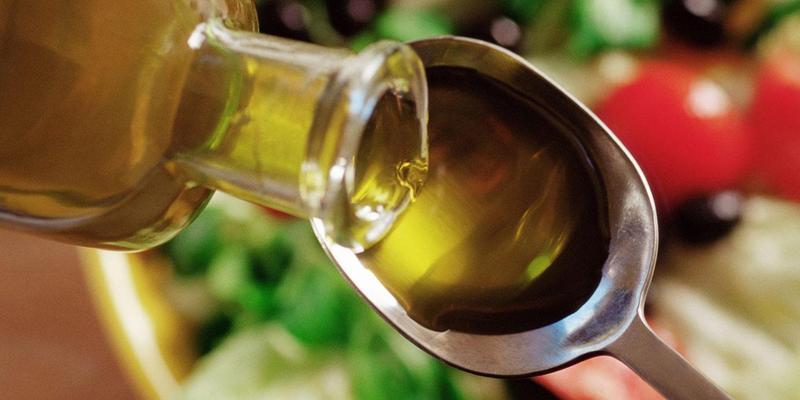 Two people stand at a stove, some chopped onions, or maybe a pitcher of pancake batter, at each of their sides. One puts a pat of butter into his pan, letting it melt. The other glugs a bottle of vegetable oil into his. Other than that, they both cook identical meals. Who’s healthier?

Modern conventional wisdom would say the man who opts for vegetable oil is healthier than the pan-butterer. The American Heart Association suggests using oils like olive, sunflower, corn, or canola for healthier cooking.

Butter is high in saturated fat, see, and saturated fat raises your cholesterol. High cholesterol increases your risk for heart disease, which is the leading cause of death in the United States. Such is the logical chain from butter to death.

The Minnesota Coronary Experiment was a study conducted from 1968 to 1973; a rare randomized controlled trial testing this idea. It looked at a population of nursing home and mental hospital residents, some of whom were given a diet that replaced saturated fats with corn oil and corn oil margarine.

The researchers conducted autopsies as part of this study, but the results of those were never reported or analyzed as part of the original study published in 1989. It’s not clear why. But a new study, published by the BMJ, looks at the MCE data in more detail.

Christopher Ramsden at the National Institutes of Health became interested in the older study, and got in touch with Robert Frantz, the son of MCE’s lead author, Ivan Frantz. Frantz the younger found the old MCE data in his mother’s basement and sent it to the NIH. Ramsden, Robert Frantz, and several others analyzed it (though some of the autopsy records are still missing) and found that while the people who had their saturated fat traded for vegetable oil did see a reduction in cholesterol, this was not associated with lower mortality rates from heart disease.

The original study also found “no differences between the treatment and control groups… for cardiovascular events, cardiovascular deaths, or total mortality,” but suggested that it might have found effects if conducted over a longer period of time.

In this new analysis, researchers also suggest the high-linoleic acid, low-saturated fat diets seem to have had a negative effect for participants over 65. This latter claim—that vegetable oil could actually be worse than butter for mortality—is not very strong, though, given all the missing data.

“We don’t know if this difference is statistically significant and that’s really important,” says Daisy Zamora, a researcher at the University of North Carolina and a co-author of the study. “What we really can say from this though is that the intervention diet did not have a benefit.”

Another similar study that she and Ramsden conducted in 2013, with recovered data from the Sydney Diet Heart Study came to the same conclusion, as did a meta-analysis included in this new study of five randomized controlled trials on the issue.

But this is a controversial conclusion. In a blog post for Harvard University’s school of public health, of which he is the nutrition department chair, Walter Willett called the new study “an interesting historical footnote that has no relevance to current dietary recommendations.”

Dariush Mozaffarian, the dean of the school of nutrition science and policy at Tufts University, criticized the new study and the Sydney study for using death as their primary measure.

“The main benefit of such an intervention should be on total heart disease,” he told me in an email. And other meta-analyses, including one of his, have concluded that eating more linoleic acid in place of saturated fats is associated with lower coronary heart disease risk.

“It’s interesting to think about how if these results had been fully published 30 years ago, how would that have affected the trajectory of research and nutrition policy?”

Different measures, different conclusions. When looking into a question as contested as whether saturated fat is good or bad or neutral for you, one quickly finds oneself in the weeds of methodologies and interpretations. Even old, iconic studies can have skeletons brought up from the basement for re-examination.

“It’s interesting to think about how if these results had been fully published 30 years ago, how would that have affected the trajectory of research and nutrition policy?” Zamora asks. “That’s really the key question here.”

But Mozaffarian thinks that researchers and mere eaters alike shouldn’t be so focused on questions that revolve around one nutrient.

“At the end of the day, modern nutrition science now shows us that—with a few exceptions such as industrial additives (trans fat, sodium)—the health effects of what we eat depend on the types of foods we eat, not single nutrients,” Mozaffarian writes. “We need to move away from a reductionist, single-nutrient approach toward recommendations about real foods.”

In the end, it may be too hard to say who’s healthier between the pan-butterer and the pan-oiler, based on this one choice—we’d probably have to look at their entire diets.