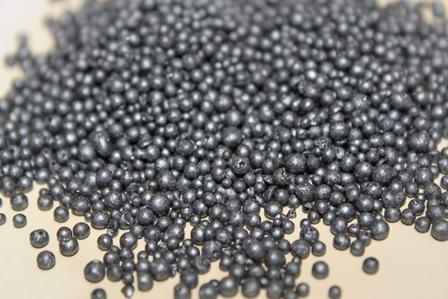 Most of us never consider the link between diet and chronic fatigue or insomnia. A body produces negative warning reactions when it has too much or too little of any given thing. Most of us lack vital nutrients like the B vitamins, which are found in most vegetables. They are weakened by cooking, and they are destroyed whenever they are microwaved.

Iodine is an element that is found in trace amounts throughout the human body. It is the foundation of all nutrition, since cells need it to regulate their metabolism. When lacking iodine, people are known to suffer from swollen glands in the throat, thyroid diseases, increased fluoride toxicity, decreased fertility rates, increased infant mortality rates, sugar regulation problems, and (with severe deficiency) mental retardation. It has been theorized as a cause of A.D.H.D. for newborns of iodine deficient mothers. Iodine is the only substance known to neutralize fluoride stored inside the body, and it can shield against some radiation damage.

"Besides causing unsightly goiters, iodine deficiency slows all the systems of the body: The digestive system becomes sluggish, nails grow more slowly, skin and hair become dry and dull, tendon reflexes stiffen, sensitivity to cold increases, and the pulse slows. Iodine helps form who we are to such an extent that a deficiency can lead to a dulling of the personality, deterioration of attention and memory, increase in irritability due to fatigue and extreme apathy."

Iodine deficiencies, soy consumption, and fluoride exposure are all causes of the hypothyroidism epidemic. Hypothyroidism generally strikes women, causing fatigue, weight gain, and cancers amongst many other problems. Therefore, we recommend topical applications of iodine, because there is no known toxicity when it is absorbed through the skin into the blood. No person anywhere understands why, but it is a verifiable fact that low to moderate amounts of iodine are harmless when absorbed transdermally.

Organic iodine is found in some foods naturally, including eggs, sea salt, cheese, asparagus, garlic, beans, spinach, and beef. As is usual with all of the critical minerals, iodine is found in higher amounts in organic foods, and there is no comparison between organic iodine and the chemically synthesized versions of iodine found in retailer products and or those so often sold by quacks. The difference is a glaring example of the difference between God-made and man-made foods.

Most people are deficient in iodine, and there is a simple test that can be used by anyone to determine if he is deficient. This is the test that was once used by the establishment, and from our studies of it, we still believe that it is more reliable than the modern blood tests. Here is the simple procedure:

Apply standard 2% topical iodine in a circular area that is about the size of a silver dollar (2 inches) on the abdomen, and allow it to completely dry before redressing.

Check to see if it disappears within 12 hours.

If the iodine disappears within 12 hours, then the test subject is iodine deficient. This test works due to the fact that the skin absorbs iodine at the rate at which it is needed. We do not pretend to understand the whole process, but the results accurately and reliably reflect iodine consumption in the diet. Whenever a person is ill, transdermal iodine will absorb especially rapidly because iodine helps to produce the hormones which fuel the immune system. In our own testing, we have witnessed a 4 to 5 times absorption increase during periods of high stress or illness.

Apply the iodine cautiously, for real iodine is brown and it will stain almost anything. Always avoid the harmful substitutes for iodine, such as clear iodine and povidone iodine.

There is a lot of conflicting information on the Internet regarding the application of iodine for those with Hashimoto's, with much of it being entirely wrong. Iodine dosage is especially important in Hashimoto thyroiditis cases, since an overdose can destroy the patient's thyroid. However, a small amount of iodine does actually help this condition. Problems tend to occur for those who consume potassium iodide supplements, and those who internally consume iodine drops. There is greatly reduced risk with iodine applied transdermally, as we generally recommend. Remember that transdermal application allows a body to better self-regulate iodine absorption.

If you feel that you must consume iodine orally, then get it through supplementing with red marine algae. It is the safest natural source for oral iodine supplementation, but other underwater vegetation generally contains toxins such as heavy metals and PCB's. You can also get iodine safely by eating fish. The oral intake of potassium iodide is a much safer alternative to iodine amongst those who are careful not to overdose, but people should beware of additives such as sodium benzoate. Potassium iodide should never be used by those with Hashimoto's disease.

The Insanity of Ingesting Iodine

Lugol's iodine is a special formulation of iodine that is sold by quacks who proclaim it to be a supplement for internal consumption. They suggest that it is a medicine for an endlessly growing plethora of diseases, but they are careful to never actually call it a medicine, lest they risk imprisonment. They present Lugol's iodine as the gold standard of iodines for drinking. The formulation is 5 g. of chemically extracted iodine, and 10 g. of potassium iodide per 100 milliliters of distilled water. There are rogue people who advocate drinking as much as three teaspoons of such chemically-extracted iodine daily; to supposedly cure and prevent countless illnesses. What it really does in the long term is damage the liver and obliterate the thyroid, awhile producing a very high risk of heart attacks. In some cases, these people are even feeding it to small children in what is blatantly child abuse.

Dr. Guy E. Abraham and his close partner Dr. David Brownstein have been repeatedly quoted and cited by the quacks of iodine drinking as "the experts" on this topic; so it is worth a moment to discuss them. Brownstein wrote an entire book about drinking iodine, and Abraham's faithful point to his credentials as a professor and a former M.D. However, their therapies are not even endorsed by their own establishment. In previous times, they were both a willing part of a medical system that routinely gives children radioactive iodine to virtually destroy any chance of them having a long and healthy life.

"Want to join the experiment? If you are already taking iodine click here to become a member, or Order a bottle for $40 to try it out for yourself!"

Elemental iodine is quite useful as a topical antiseptic, and topical applications eliminate a plethora of health issues that are wrought by iodine deficiencies. However, elemental iodine can quickly become toxic when it is orally consumed, for it is difficult to not overdose. However, it is always safe when it organically occurs in foods, such as fish. The effects of an overdose with elemental iodine mimic the central nervous system problems that are caused by well-known poisons; for instance, the metallic taste that is caused by arsenic poisoning. The iodine that is found in typical retailers is always toxic in any amount when it is taken orally, and Lugol's is not much safer.

The poisonous short-term effects of ingested iodine are well known, but the consequence of tiny amounts being ingested over a period of years is unknown. We have written this hoping that those who are considering following moronic advice about drinking iodine will research enough to find the truth prior to hurting themselves, or their children.

Symptoms of Iodine Toxicity and Overdose

Other misguided followers of Abraham and Brownstein allege that ingested iodine from chemical sources is not toxic, and that the toxic effects only result from methanol being inside the over-the-counter products. They usually follow with boasts about how Lugol's iodine lacks methanol, while ignoring all the other toxicity facts about it. However, the National Institutes of Health specifically cites Lugol's iodine as being poisonous, and even its fumes are dangerous whenever it is heated. The official medical term for toxic overexposure to iodine is "iodism", and this condition is virtually always the result of oral consumption. No other 'supplement' requires environmental protection suits in its production process, as iodine synthesis is a dangerous and chemical-laden process.

Some of those who are consuming synthesized iodine (and even giving it to their children) believe that it must be safe because iodine is added to salt and bread. This is actually false. It is normally trace amounts of potassium iodide (not iodine) that is added food items. It is a significantly less toxic chemical relative of iodine that somewhat helps to compensate for iodine deficiencies. While the safer iodide can be found inside the Lugol's solution, and inside of other 'supplemental' iodine solutions, it is still dangerously easy to overdose. It is so risky that it is absolutely irresponsible to supplement with it, or to recommend it as a supplement.

It is worth noting that iodine is much safer when combined with carbohydrates like bread, because starches are known to neutralize it. Thus, even if real iodine were actually inside breads, then the breads would neutralize that iodine. The excessive carbohydrate consumption of our Western diets is one of the many reasons why so many of us are lacking iodine. For this reason, victims of iodine consumption are recommended to eat bread by iodine manufacturers and poison control centers.

There has been a philosophical debate that has raged for eons about whether laws should protect people from themselves. However, there is no debate about whether children should be protected from bad adults. All of us in society have a shared duty to protect children from harm. It is our moral duty to report any parent who is poisoning a child with iodine, or any other toxic substance, to child protective services or other relevant governmental agencies. Contact us if you know of this happening to a child, but you are too afraid to get involved yourself. Poisoning a child is a symptom of the mental illness, Munchhausen by proxy, so the abuse will only get worse in time if there is no intervention. For some really bad parents out there, the book from Brownstein is the excuse that they need.

The safest oral supplement for iodine is red marine algae, which can be purchased in capsule form. Other marine plants have toxins, such as heavy metals and PCB's. The ideal food source for iodine is baked fish. Beware of bottom feeders and shell fish, for they have the same toxins that most underwater vegetation does, in addition to toxins that they produce themselves. Pure potassium iodide is an acceptable solution for those who are careful not to overdose, but people should beware of impure products that include additives such as sodium benzoate, or even iodine. Potassium iodide should never be used by those with Hashimoto's disease, nor should they use any other oral iodine supplements.

The potassium iodide that is added to table salt is not adequate to compensate for most iodine deficiencies. It is usually sufficient to stop goitrous boils from swelling in the neck, which are caused by an extreme deficiency. However, not enough iodine can be obtained from table salt to maintain optimal health, unless a dangerous amount of it is consumed. Naturally-occurring iodine is present in unadulterated sea salt with naturally-occurring complimentary minerals, but even the vastly superior and healthier sea salt might not be enough for people who have extreme iodine deficiencies that are caused by fluoride toxicity and other mitigating factors. The safest way to intake more iodine is to increase the amount of healthy seafood in the diet, but this excludes (non-kosher) bottom feeders.

by Sarah C. Corriher For HealthWyze