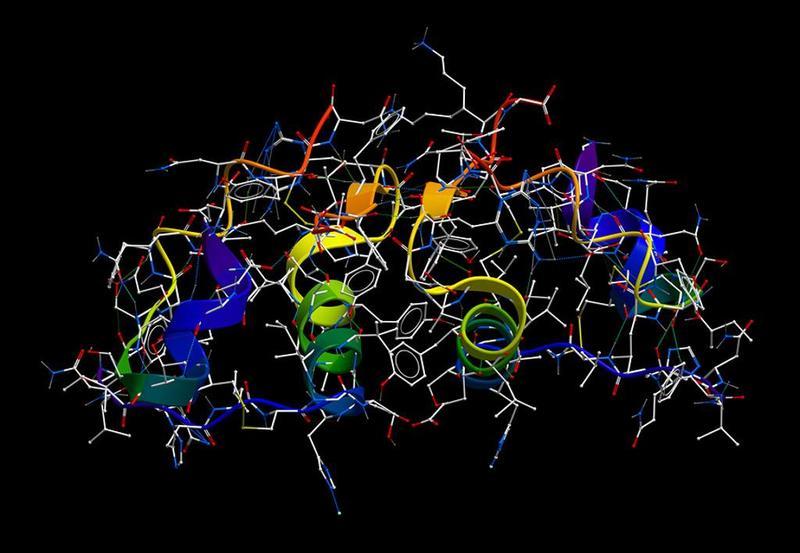 Are you living with distressing symptoms of irregular menstrual cycles, weight gain, infertility, acne, hair loss, or increased facial hair growth? If you are, high insulin levels might be to blame. We all have heard about insulin and its role in diabetes—but what we don’t hear often is how it can affect female hormones. A new, easy-to-follow dietary method may help manage blood insulin levels and improve hormonal health for the millions of women suffering from insulin-induced symptoms.

What Does Insulin Do?

Insulin is likely the most well-known hormone that rules our nutritional metabolism. Its main role is to direct the nutrients that we eat into our cells, where they can be stored as energy.

After we eat, our blood sugar levels rise and our pancreas responds by releasing insulin to shuttle the extra energy away. This keeps blood sugar under strict control. Insulin also blocks fat breakdown—after a meal our metabolisms are focused on storing energy, and not on burning fat.

Carbohydrates are well-known for spiking blood sugar levels, so it makes sense that they also cause significant insulin release. What many people don’t know is that some protein-rich foods can spike insulin levels just as much as carbohydrates, or even more.

What is Insulin Resistance?

Insulin resistance is a state where our cells are less sensitive to the actions of insulin. The pancreas makes more insulin to compensate as its main goal is to stop blood sugar levels from becoming too high. The end result is a whole lot more insulin floating around in the bloodstream. Insulin resistance happens naturally with weight gain, or if we have the genes that predispose us to it.

Signs of Insulin Resistance in Women

How do you know if you have insulin resistance? The most typical signs include abdominal weight gain and significant difficulty in losing weight. Weight loss resistance can happen as high levels of insulin block fat breakdown.

Many women’s ovaries overproduce testosterone when they are exposed to excess insulin. These women may experience irregular menstrual cycles and infertility as they can stop ovulating altogether.

When testosterone becomes overly abundant due to insulin resistance, it can also affect a woman’s skin. Jawline cystic acne, hair loss, and excess facial or body hair growth are troubling testosterone-induced skin issues. Other skin-related signs of insulin resistance include skin tags and dark pigmentation in the skin folds.

If these symptoms are familiar to you, you’re not alone. These symptoms are the hallmarks of Polycystic Ovary Syndrome (PCOS), which affects 15 percent of all women worldwide. PCOS is the most common hormonal condition in women, and 50 percent of women who are affected don’t know they have it.

Fortunately, a new dietary scale, the insulin index, is here to help us in our battle against insulin resistance. You’ve likely heard of the glycemic index, which is a measure of how much a food we eat raises blood sugar levels.

The insulin index does more—it tells us about how much a consumed food raises insulin levels. Most of the research on the insulin index has been conducted by the same team at the University of Sydney who developed much of what we know about the glycemic index. As a result, evidence for the insulin index sits atop many years of intensive research in nutrition.

Foods that are high on the glycemic index are also high on the insulin index, which comes as no surprise since insulin is released in response to increases in blood sugar.

The opposite isn’t true. In fact, some of the highest foods on the insulin index are in fact very low on the glycemic index, and don’t raise blood sugar levels much at all.

Most people are shocked to learn that low fat yogurt provokes more insulin release than two slices of white bread—FYI, I don’t recommend either of these foods! Some other foods may surprise you as well, beef spikes insulin levels more than chicken, and whey protein powder is one of the highest foods on the insulin index.

The insulin index tells us how much insulin will be released for 240 calories of a food. The food insulin demand (FID), a related index, gives us the amount of insulin that we release after eating a certain quantity of a given food—an exceptionally useful tool we can use to plan meals.

In my book, 8 Steps to Reverse Your PCOS, I’ve created an insulin counting program, an easy-to-follow system based on the food insulin demand. Insulin counting includes a structured lower-carbohydrate plan with a low insulin count for breakfast, and an individually determined count for lunch and dinner to manage post-meal insulin responses. The best foods and portion sizes are discussed in detail, creating an approach to lowering insulin that focuses around the consumption of quality, whole foods.

I’ve been using this method with women at my clinic in Toronto and we’ve been seeing major improvements in stubborn hormonal and metabolic health conditions. It’s a very exciting time for nutrition and women’s health!