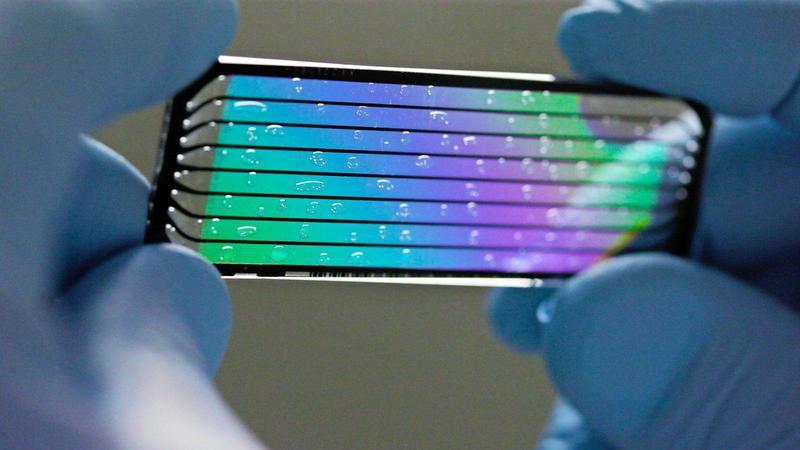 Following a recent feature in The New Yorker magazine, which looks at silicon valley's anti aging activities and explores the work and ideas of Aubrey de Grey (SENS repairing 7 kinds of aging related damage) and Ray Kurzweil (Singularity and uploading), this article looks in depth into the tech projects it discusses.

Unity raised a hundred and sixteen million dollars from such investors as Jeff Bezos and Peter Thiel. UNITY Biotechnology is presently at the head of the current crop of companies focused on treating aging and age-related disease through the clearance of senescent cells. They hold the leading position by virtue of the involvement of the principal research groups in the field, having big names from the pharmaceutical and biotech field running the show.

The chief problem I see for UNITY is one of technology. They are taking a small molecule drug approach within the current regulatory system, and the currently available stable of senolytic drug candidates with which they entered the picture are chemotherapeutics with significant side-effects. Other drug candidates are emerging quite rapidly in the research community, some of which may have far fewer side-effects, but switching would mean starting fresh, or licensing fresh from current owners. It might also mean moving from a well-characterized drug with excellent pharmacology data, such as navitoclax, to a drug that still needs that data established. The situation is actually worse than this, however. Competitors with far better senescent cell clearance technologies, approaches with essentially zero side-effects, are emerging at the rate of one every year or so. Oisin Biotechnologies was the first, using a programmable gene therapy approach, and just this week another group announced their intent to form a company to develop their FOXO4-p53 interference method.

They have to build a multi-billion-dollar valuation company pretty quickly, within the next couple of years. That has to be done on the basis of human trials starting right about now, since those clinical trials will take a year or so to run from idea to publication of results.

Another threat is that of medical tourism. Not everyone in this global industry is going to care about the opinions of the FDA. Given that existing senolytic drugs, and many of the new ones, can be purchased from established suppliers, there really is little to stop a large industry of medical tourism springing up for the very same drugs that UNITY is trying to put through the system. Or at the very least for drugs that are similar enough in effectiveness and side-effects. That will hamper UNITY's ability to charge regulatory capture prices; it is harder to do that when people can just go to Mexico at a tenth or less of the US price. That in turn will harm their valuation and ability to raise further funding needed to run treatments through the FDA gauntlet.

A final consideration is that everything UNITY spends money on today helps their competitors just as much as it helps them. One might argue that the big UNITY war chest is really largely a charity fund for industry development. Being a competitor to UNITY is one of the greatest places to be in modern for-profit biotechnology.

I think it quite likely that UNITY will kick off their chemotherapeutic trials, publish the promising initial results while downplaying the side-effects, raise series C in 2018, and then buy whichever of the young companies in the space with a better senolytic technology wants to sell for a quick turnaround. Despite the enormous size of the target market here, ultimately every adult human much over the age of 30 buying a treatment every few years, not every entrepreneur wants to spend a decade fighting the FDA to make progress towards a narrow, limit use of their therapy.

In 2013, Google launched Calico, short for the California Life Company, with a billion dollars in funding. “Calico added a tremendous amount of validation to aging research,” George Vlasuk, the head of a biotech startup called Navitor, told me. “They have money, brainpower, and time.” But Calico has proved to be extremely secretive. All that’s known is that it’s tracking a thousand mice from birth to death to try to determine “biomarkers” of aging—biochemical substances whose levels predict morbidity; that it has a colony of naked mole rats, which live for thirty years and are amazingly ugly; and that it has invested in drugs that may prove helpful with diabetes and Alzheimer’s.

The advent of SRISPR, a gene-editing tool, has given researchers confidence that we’re on the verge of the gene-therapy era. George Church and his Harvard postdocs have culled forty-five promising gene variants, not only from “super centenarians”—humans who’ve lived to a hundred and ten—but also from yeast, worms, flies, and long-lived animals. Yet Church noted that even identifying longevity genes is immensely difficult: “The problem is that the bowhead whale or the capuchin monkey or the naked mole rat, species that live a lot longer than their close relatives, aren’t that close, genetically, to those relatives—a distance of tens of millions of genetic base pairs.” The molecular geneticist Jan Vijg said, “You can’t just copy a single mechanism from the tortoise,” which can live nearly two hundred years. “We’d have to turn our genome over to the tortoise—and then we’d be a tortoise.”

If we can only find the right genes and make their viral transmission safe, Brian Hanley declared, “we can enable human transformations that would rival Marvel Comics. Super muscularity, ultra-endurance, super radiation-resistance. You could have people living on the moons of Jupiter who’d be modified in this way, and they could physically harvest energy from the gamma rays they were exposed to.”

n December, Juan Carlos Izpisua Belmonte, of the Salk Institute, in San Diego, announced that he’d done the work that Rando and Chang had proposed. After four years of trial and error in mouse experiments, he had figured out a way to trigger the Yamanaka factors, four genes that reset the clock in fertilized eggs. When lab mice drank water laced with doxycycline—but only two days a week—they lived more than thirty per cent longer. Wild mice subjected to the same method had rejuvenated muscles and pancreases.

As in most modern efforts to circumvent aging, Belmonte was tricking the body—borrowing a powerful mechanism from embryos and, very gingerly, applying it to adults. He told me, “You want a cardiac cell to become a new cardiac cell, but not to revert all the way to a stem cell, which would stop the heart beating. We did that. Our experiment was very rude and uncontrollable, and there will be other deleterious effects, as well as many unknowns. But this is very promising.” Modifying cells’ software was less dangerous than tampering with their hardware, he said, and, as with software, “there will always be a better version of our program next year.” Belmonte was careful to downplay the obvious question that his research provoked: If we could keep resetting our clock, couldn’t we live indefinitely? “The idea is not to increase life span but to have yourself working better,” he told me. He chuckled, and added, “Obviously, if you improve all the cells in your body, as an indirect consequence you will live longer.”

Galvanized by Belmonte’s work, Ned David flew to San Diego twice this winter to meet with him and see if there was a way “to prove that this was the ticking clock” and then to “nudge us back to twenty-five-ness.” In mid-March, they discussed ways to proceed. Could they develop markers so that cells would change color in the lab if a drug made them younger—and change to a different color if they were perturbed too far? Could the team activate telomerase to rejuvenate the epigenome? Could they find genes that would act as an emergency brake on the reversion process? There was so much systems logic to think through.

David was tantalized by the possibility of trunkness, yet still unsure. “We can revert some tissues, in a shotgunny way,” he said, “but we haven’t figured out the Francis Crick experiment that changes everything.” He laughed. “If I knew what that experiment was, I’d be doing it now.” Even if Belmonte and David find a substance that rejuvenates stem cells the perfect, Goldilocks amount, there will likely be unexpected side effects—for the hip bone is connected not only to the thigh bone but to every other damn bone. To repair tissue, you need to rejuvenate stem cells. But stem cells need to divide to do their job, and the division process invites random mutations—which drive cancer.