How Your Brain Processes Anxiety 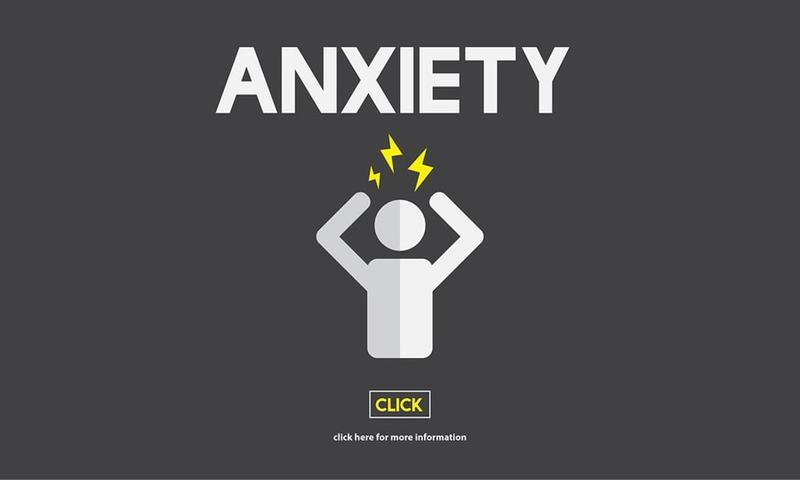 Many of us are familiar with the physical symptoms of anxiety: the racing heart, sweaty palms, or sense of uneasiness that makes performing simple tasks a challenge. For every outward symptom you can see, there are even more complex processes happening inside your brain. Specifically, your amygdala, an almond-shaped structure, is in charge of telling your body if it’s time to fight, flight or freeze. In the more severe cases of anxiety, your brain, specifically the hippocampus which consolidates emotions into memory, becomes trained to treat anxiety as a regular state of existence, instead of a response to events.

“Your brain is being bombarded every millisecond with information from inside and outside,” neuroscientist James Giordano, Professor of Neurology at Georgetown University Medical Center tells Rewire Me. When you are not anxious or under stress, the nervous system moderates those inputs and redirects them so you don’t over or underreact.

“In anxiety disorders, however, the brain’s moderating system seems to be disordered, so you get an overreaction, the brain becomes over-stimulated, and then this becomes conditioned, or you get a phobia,” he says. Anxiety’s physiological symptoms can also create a negative feedback loop, causing people to feel out-of-body experiences or, at worst, absolute panic or terror.

He believes in bringing together “low-tech” and “high-tech” approaches to treat anxiety disorders.

If your anxiety comes and goes, but doesn’t necessarily stop you from functioning, you may be on the end of the anxiety spectrum best approached by a “low-tech” treatment. These include treatments such as taking supplements, diaphragmatic breathing and meditation, or biofeedback, in which a person who tracks their vital signs learns to calm their own symptoms down.

Dr. Robert Rosenberg, a board certified sleep medicine physician and author of Sleep Soundly Every Night, Feel Fantastic Every Day: A Doctor’s Guide to Solving Your Sleep Problems has been treating anxiety and its bedfellow, insomnia, with Omega-3 fatty acids. “There’s a lot of research that anxiety states may be due to too much inflammation in the brain,” Rosenberg says. He references a study where postmenopausal women were given omega-3 fatty acids for weeks, and then put in anxiety-provoking situations. “The women who had taken the omega-3’s had much lower levels of cortisol and adrenaline (stress hormones) than those who had not.”

Rosenberg’s work is primarily around the intersection of anxiety and insomnia. “For 30% of people with anxiety disorders, insomnia preceded it or comes with it,” he tells Rewire Me.” “These don’t shut down at bedtime, which contributes to an inability to stay asleep, keeping the brain in a state of hyper-arousal.” Sleep deprivation then causes further problems, such as an inability to moderate emotions and foggy thinking that can severely interrupt a person’s functions.

It’s important in treating anxiety for patients to know that their anxiety is not a personal failing or flaw.

“Regardless of how hard an individual works, there may be an entrained patter of neurological network activity that the brain falls into,” says Giordano. In the latter case, considered chronic anxiety, Giordano has seen success with a treatment known as transcranial electrical stimulation (TES). In TES, a very low electrical current is passed through scalp electrodes, affecting the superficial layers of the brain. “It acts like a dimmer switch, varying the amount or intensity or extent of firing that certain neurological networks already have.”

For more severe cases, transcranial magnetic stimulation (TMS) is more effective. Using handheld magnets, it delivers a low, focused magnetic pulse to the surface of the head. This method can actually turn neurons on or off.

Ultimately, most people are likely to see results with a combination of treatments customized for their particular anxiety, no matter if you have high or low-tech anxiety.

by Jordan E. Rosenfeld For Spirituality And Health