How To Spot a Narcissist: 6 Masks They Wear 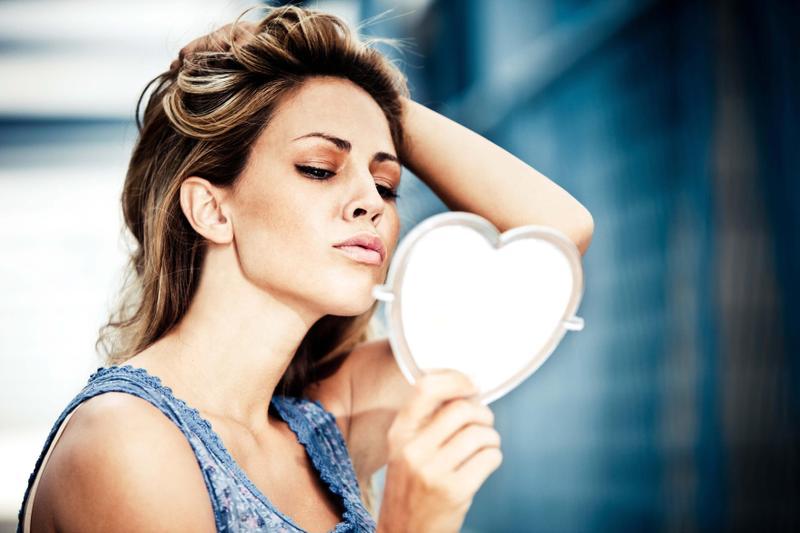 This article was originally published on A Conscious Rethink.

Narcissists are people who often attempt to conceal their true personality. At their core is this uncomfortable feeling about exposing who they really are.

This stems from their childhood wound and the insecurity and self-consciousness they all possess.

Based on their implicit and explicit memories of unmet childhood needs, many narcs develop the notion that such needs will never be met later on in life. This primary fear is at the core of the narcissist’s flimsy and unanimated attachment to others. They compensate for the fear of not having their needs met through a well-executed, excessively autonomous style.

This cocktail of fear and overcompensation also leads to a lack of intimacy with themselves, a void of self-knowing. As a result, they become performers; actors that play a flawless role in order to mix with others and get what they are after, what lies under their secret agenda: money, status, shelter, sex, love, admiration,… this is the narcissistic supply they need to function in life. In order to lure people into their web and get this narcissistic supply, they put on an attractive social mask.

There are two main types of narcissist: cerebral and somatic. A cerebral narcissist is a know-it-all, haughty, and intelligent “computer” – it is all about the brain. Somatic narcissists are mainly obsessed with the soma or body, how good it looks, what it can do, and how good at sex they are.

Within these two main types, there are different kinds of narcissist depending on their egos, brain structure, circumstances, and stimuli they were subjected to in childhood: covert, overt, and malignant among them.

These types will shape into different kinds of persona at various times in order to interact with the world: the masks.

This is the kind of person who is always the victim of the situation. All of their ex’s are crazy, they can’t hold down a good job because of bad luck, they don’t have friends because people are too jealous of them, and so on, endlessly.

This narcissist does not take account of their actions because in their mind they are not responsible for them (this is because of the neurotic defense mechanism of projection), so all the stories they tell you will have pretty much the same end: whatever is going on, it is not their fault; it’s everybody else’s.

If they think that you are a potential target, they will come across as a vulnerable toddler in desperate need of being adopted and protected.

The life of this type of narcissist revolves around their own sexual gratification and they will seek to boost their ego by jumping into bed with many different partners. To them, the number of notches on their bedpost is a sign of their attractiveness and success.

These narcs are the masters of charm and flattery, and they use it to reel in their targets/victims, only to dump them by the wayside when the thrill of the chase and the satisfaction of their success wears off and the relationship dynamic becomes somewhat dull in their eyes.

Lover narcissists are heartache in disguise. They will use their seductive powers to intoxicate their victim before breaking their hearts. They initially seem like the ideal date, but they care for no one other than themselves and their act only serves to meet their needs and desires.

They will be flirty, charming, and all of a sudden available for you at any time, but it won’t last long. After a while of this dynamic, they will exchange you for a new conquest in the blink of an eye.

They are the best at their job; always at peak performance. There is no one as capable, responsible, committed, and successful at their job than this person. They can talk about it endlessly (in fact, they will rarely talk about anything else), no matter the actual job the narcissist has. Every time they talk, you have the feeling that you are listening to the owner of a multinational company, or at least it seems that way.

If you have a character like this at your work, be aware. The endless self-talk about how good they are actually hides a bunch of insecurities, and if they feel threatened, they are likely to ruthlessly bully you or try to get rid of you with a smear campaign.

Try to stay away from them. If you can’t do that, go gray rock (emotionally unreactive) when interacting with them.

They are always there for you. To help you out with errands, to organize a perfect weekend away, to wash the dishes with you after a party, to give you advice about that new job you are hesitating over. They will always be there for you, to protect you and take care of you.

Many victims of narcissists (because of CPTSD – complex post traumatic syndrome disorder – often the aftermath of abuse in their own families) have the fantasy that a rescuer will come along at some point to fix their lives and everything will be perfect from that moment on.

Hope is what this kind of narcissist preys on. Needless to say, there is no rescue forthcoming.

The elitist narcissist is filled with overwhelming self-esteem. Self-centered and pretentious, they are addicted to the other’s admiration. We are talking about a bragger and a one-upper with a need to be the best and prove that they are superior in every way.

There’s no question in their minds that they deserve special treatment from everybody, and if they don’t get it, they will become angry, like a child throwing a tantrum. They see themselves as an “alpha” kind of human being and will make sure to surround themselves with people who, under their criteria, are inferior, in order to maintain the fantasy that they are the best; the number one.

This kind of narcissist devotes their life to helping others. They might come up with statements like “I’m the most helpful person I know,” or “I will be known for the good deeds I have done.” Basically, we are talking about the type of person who is so altruistic and self-sacrificing that even a saint will seem like a selfish jerk compared to them.

They become the “martyr” as an ultimate way of controlling others – especially their spouses. This role is mostly used by covert narcissists, who turn to it when they feel under pressure.

Let’s say you are planning to abandon them and file for divorce. In that case they will play the victim role to the hilt. They will dramatize about how cruel you were to them, about all the miseries they went through with you… all of it to make you look like the bad guy of the story.

If someone within your social circle, at work, in a relationship, or related in some other way shows traits like these, better step back and reflect if that person really is what they seem to be. After a period of this “mask” phase, when the narcissist is sure that you are trapped, that mask will start to slip off, and underneath lies a completely different person from the one you have come to know. You will be trapped in a no-win game.