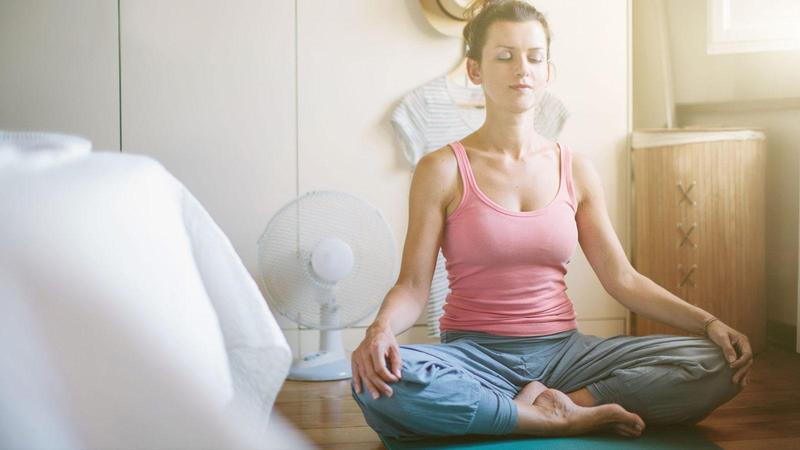 Meditation couldn't be hotter these days, so there's no doubt you've heard about its many benefits. But getting these benefits requires you not just to read articles about mindfulness or swear up and down to yourself that you're going to start a practice, but actually sit there and meditate each day.

For some people that's way easier said than done. Despite expert reassurances that getting started with meditation is probably easier than you think and only requires a few minutes a day, plenty of folks struggle to commit to a regular meditation practice.

Sociologist and author Christine Carter is among them. A highly strung type-A achiever, she's suffered from acute stress since girlhood. And for nearly as long, people have been suggesting meditation to her.

As a scientist, she fully understands the solid science supporting meditation, but in a recent blog post she admits that "despite all my training, and despite knowing all the benefits, I have never one single time meditated twice daily for six days in a row, as I was originally instructed."

Why is meditating so hard for so many people?

Why? That's the subject of the long, personal post. It's well worth a read in its entirety if you're in the same boat as Carter, but her bottom line explanation is fear.

"Whenever we are faced with a behavior that defies both logic and desire (e.g., I both know why it is in my best interest to meditate, and I want a regular practice), the hard truth is that usually fear is the roadblock," she believes. Meditation is simply sitting still and paying attention to the present, so what's to be afraid of?

"I'm a recovering perfectionist," Carter says. "Just the thought of not working, not accomplishing, not striving feels uncomfortable. And when I really dig deep, I can see that there's more: I'm a smidge terrified of that void that, for some, is the whole point of meditation. Here's what I'm afraid of: What if I don't get enough done today? … What if I am not good enough? What if I am simply not enough?"

So if you, like Carter, keep dreaming of starting to meditate but struggle to make the idea a reality, are you condemned to stress and failure at the very activity that's supposed to insulate you from stress and failure? Not necessarily, claims Carter, who offers a straightforward three-step process to help you finally kick-start the habit you've been putting off for so long. Here it is, in her own words:

Do you, like Carter, struggle to meditate despite being fully on board with its benefits?