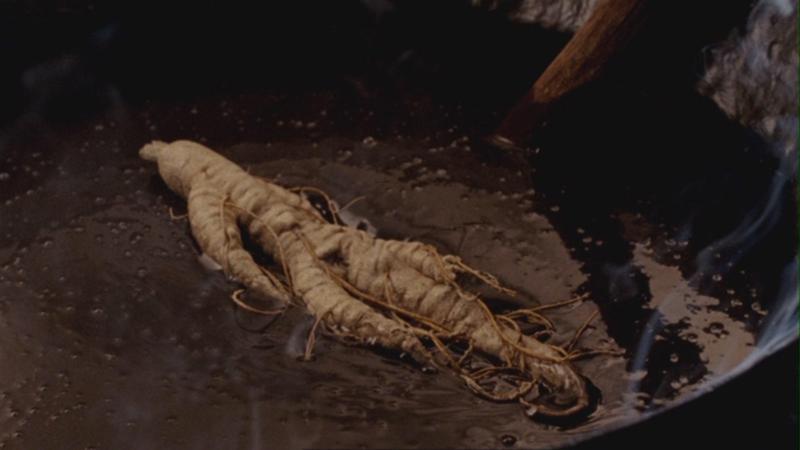 One day in 1970, when I was at the National Cancer Institute, Llewellyn “Tommy” Thompson, the highly regarded former ambassador to the Soviet Union, walked into my office with his wife, Jane, who was holding two paper bags. Each contained a bottle of 80-proof vodka.

Before I could ask why they had brought them, they dumped a pile of dirty roots on my desk and made a most unusual request. They asked if I could combine the roots with the vodka to make a drug that would treat Tommy’s pancreatic cancer. “One of the bottles of vodka is to make the medication,” she said. “The other one is for you.”

I was then head of the Solid Tumor Service at the National Cancer Institute, part of an ambitious program to prove to skeptical physicians that cancer could be managed — even defeated — by new combinations of chemical compounds known as chemotherapy. My paper showing that we could cure an advanced cancer in adults, Hodgkin’s disease, with a combination chemotherapy regimen called MOPP had just been published in the Annals of Internal Medicine. It was a game changer. Chemotherapy, once highly reviled, would become accepted as a viable treatment by many oncologists. And while I knew that many drugs could and did come from natural products — Oncovin, one of the drugs in MOPP, in fact, had been derived from the periwinkle plant — I didn’t usually have the raw material dumped on my desk.

I’d first met Tommy and Jane a year earlier, just after he’d been diagnosed. It was bad. His case was advanced by the time it had been detected. Pancreatic cancer was one of the worst cancers you could get. The only available drug that had shown some promise fighting against it was 5-fluorouracil (5-FU for short), and it was not especially effective. The doctors who’d diagnosed him had said there was no hope, to get his affairs in order. Like many doctors, they’d been too afraid to try anything new.

But at the NCI, we had something new. We were testing a new drug called BCNU, short for its chemical name 1,3-bis(2-chloroethyl)-1-nitrosourea, against pancreatic cancer. I’d helped develop it in the lab as a clinical associate. Or rather, I’d taken it over. BCNU was highly combustible, and the guy who’d started working it up had, for some reason, taken to keeping a supply of it in his car. I’d inherited the project after a batch of it blew up in his trunk.

Tommy’s friends had urged him to come see me to get access to it. And he’d been encouraged by Jane, an ebullient and attractive artist who was an optimist by nature.

When I examined him that first time, my heart sank. He had been deemed inoperable because the tumor in his pancreas had already become entangled with the intricate wiring of blood vessels and nerves behind the organ. When I did my physical exam, not only could I palpate the mass, I could see it visibly bulging out, pushing his abdominal wall forward.

We had a long talk about the options. I told him while 5-FU didn’t often work, it was sometimes useful in some patients. I told him I was prepared to give him BCNU, but we had no data, yet, on its effect on pancreatic cancer. I proposed a course of 5-FU on a more aggressive schedule than was normally used. If that had no effect, I said, we could go on to use BCNU. There would be side effects, but he was otherwise in pretty good shape and I thought he could handle it. So we tried it.

And the side effects came. He got mouth sores, and his white blood cell counts dropped precipitously. When he developed a fever, I treated him with antibiotics for infection. But then came the surprise. Tommy was one of the responders. Using only 5-FU, his tumor began to shrink, and it kept shrinking until it was no longer palpable. Then, on scans, it disappeared completely. To this day, he remains the only patient with pancreatic cancer I’ve ever treated who went into a complete remission.

Tommy and Jane were thrilled, and he went back to living a normal life. But the remission only lasted a year; the tumor roared back. That’s when they showed up in my office with the vodka and the roots — and an incredible story to go with it.

“Tommy and I became close friends while he was in Russia with Aleksandr Solzhenitsyn, the author,” Jane said. “Do you know of him?” she asked. I nodded. Solzhenitsyn had just that year won the Nobel Prize for Literature; he was a brilliantly fierce critic of the Soviet Union and his time in a prison camp had formed the basis for his first novel, “One Day in the Life of Ivan Denisovich.” I had recently read and admired two of his later books — “Cancer Ward” and “The First Circle.” It won’t surprise you to know that I particularly liked “Cancer Ward.”

“He had testicular cancer,” Jane said. “And he said he was cured by the extract from this root.” She pointed to the tangle on my desk. Jane explained that the root — a specimen of — had been brought to them by Solzhenitsyn’s good friend, cellist Mstislav Rostropovich, who’d flown to Paris just to get it to Tommy.

She then proceeded to give me instructions. “You weigh out eight grams of the root and soak it for two weeks in this entire bottle of vodka. Notice that it’s 80 proof, not 100 proof, which is what is called for in the formula,” she said. This should result in a dark brown solution. You need to give Tommy one drop a day and work his way up to six drops a day and then work his way back down to one drop and then stop for ten days before repeating the cycle.”

As she was telling me this, I realized I had heard this story before. Or rather, I’d read it. In Solzhenitsyn’s book, “Cancer Ward,” there’s a chapter called “The Root From Issyk-Kul.” In it, the main character, Kostoglotov, is suffering from advanced cancer. His doctor discovers a vial of dark fluid in his beside table, prompting Kostoglotov to explain that it’s an extract of a root used by natural healers in Russia to cure cancer. People from all over Russia, Kostoglotov said, went to this healer for treatment.

Kostoglotov later tells his radiotherapist, who wants to take credit for his cure, that it wasn’t her radiotherapy but the root extract that deserved the credit. I asked the Thompsons if they had read the book. They hadn’t. But they had a lot of faith in Solzhenitsyn.

Now I was faced with a dilemma. At this point, I didn’t have much hope that anything I had would help Tommy. We still had no data on BCNU. They obviously really wanted to try the root. And I didn’t want to dampen their enthusiasm. I didn’t believe in taking hope away from people, and the truth is, you never know what might work. But if I mixed this concoction and treated him with it and something went wrong, the FDA would have my head for using an untested and unproven treatment. I told them this. But I also offered a solution.

“I can weigh out exactly eight grams of root for you. You take it home and soak it. When the solution is ready, you can administer it according to the instructions and I will follow Tommy closely while you do this.” They agreed, and I ran off to my lab to weigh out the root. They still insisted I take the second bottle of vodka.

A week later, one week before the root solution was ready, I had to admit Tommy as an emergency case. The tumor had eroded a large blood vessel. He was bleeding and in shock. He died soon after we admitted him, in February 1972.

IFORGOT ABOUT THE ROOT until a few months after his death, when Jane called and asked to see me. She walked into my office carrying a quart jar of dark brown liquid. “Well,” she said, “since we have this stuff, I wonder if you can have it analyzed to see what’s in it. Solzhenitsyn is very high on it.”

I thought, why not? We had some very good medicinal chemists and we had good examples of plant extracts working against cancer. I called the chief of our natural products branch, told him the story, and asked if he would do it. His interest was piqued. “Sure,” he said.

A month later he called me, expressing his amazement: “Vince, this stuff contained two cancer drugs we have had under development, VP-16 and alpha peltatin.” The latter, I knew, was very effective in a lot of rodent cancers, but was proving too toxic to use in humans. But VP-16 had been very active in advanced testicular cancer in early trials without excessive toxicity. In fact, it was being developed by Bristol-Myers Squibb and would eventually be approved by the FDA for use in testicular cancer. It would later also be used to treat cancers ranging from Kaposi’s sarcoma to lymphoma.

“Not only that,” he continued, but the exact concentration of alcohol needed to extract the alkaloids from the roots is the concentration in 80 proof vodka. “And, you’re not going to believe this, but there is enough drug in eight grams of root to provide a therapeutic dose of VP-16,” he said. In other words, Solzhenitsyn’s root-and-vodka recipe had neatly created a version of the medication strong enough to treat cancer. Perhaps the home-brewed medication couldn’t have saved Tommy. But our own lab results suggested that Solzhenitsyn had probably, indeed, successfully cured his own testicular cancer.

After Tommy’s funeral, Jane planned a trip to the Soviet Union to see some of his old friends, including Aleksandr Solzhenitsyn. “Will you write a letter to him to explain the results?” she asked. “He will be thrilled.”

I did. And a few weeks later, when Jane returned, she threw a party for Tommy’s DC friends, including me and my wife, Mary Kay, and served a dinner featuring blini made with the best caviar I’ve ever had. The director of the CIA, Richard Helms, was there and Jane steered him over to meet me, insisting that he explain what had happened to the letter.

Jane had called him for advice on how to get the letter to Solzhenitsyn, and he’d promptly confiscated it. “Dr. DeVita, I was sorry to do this, but if Jane had been seen giving him that letter, not only would he have been arrested, but Jane would have been as well.” Two years later, in 1974, Solzhenitsyn was given permission to leave the Soviet Union and came to the United States. I never did find out if he learned of the results of the extract analysis.

But a month after the dinner at Jane’s home, on a Sunday afternoon, I heard a knock on my front door. Mary Kay opened it. “Vince, come see this,” she called out. Leaning against the railing was a 4-by-6-foot oil painting of a sunburst in yellow and orange, titled “Hope.” Down on the street, I saw Jane Thompson getting into her car. She waved and drove away.