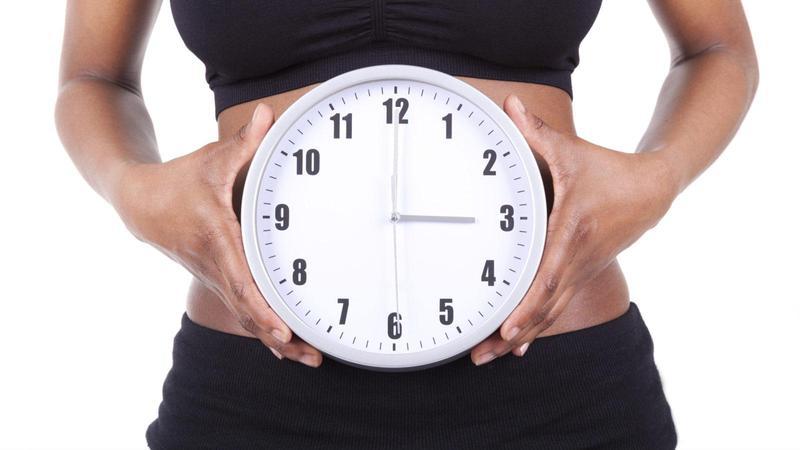 You have circadian clocks in virtually every organ of your bodies, including your fat cells, and you need regular sleeping and eating schedules to keep all of your internal clocks in sync. Lack of sleep promotes metabolic dysfunction; losing as little as 30 minutes of sleep each night can disrupt your metabolism and lead to weight gain and insulin resistance.

Timing of meals can also influence your metabolic function. In one study, people who ate the largest meal of the day before 3pm lost 25 percent more weight than those who ate their main meal after 3pm.

If you struggle with excess weight, insulin resistance, and/or diabetes, getting more sleep may be of significant importance.

According to recent research, poor sleep and/or lack of sleep can have a significant bearing on metabolic disorders such as these, and addressing your sleeping habits may be key for both the prevention and treatment of them.

The answer as to why sleep is so important for normalizing your metabolism has to do with its effects on your body’s circadian clocks—and yes; you have a number of circadian clocks, not just one. As noted in the featured report by NPR:

“n recent years, scientists have made a cool discovery: We have different clocks in virtually every organ of our bodies — from our pancreas to our stomach to our fat cells.

‘Yes, there are clocks in all the cells of your body,’ explains Fred Turek, a circadian scientist at Northwestern University. "‘It was a discovery that surprised many of us.’

We humans are time-keeping machines. And it seems we need regular sleeping and eating schedules to keep all of our clocks in sync.”

How Your Body Clocks Influence Your Waistline

Keeping all of these internal body clocks in sync allows your body to perform at an optimal level, and the foundation for keeping them in sync is maintaining a natural sleep-wake cycle.

When your sleep schedule is erratic, a cascade of effects can occur, raising your blood pressure, altering hunger hormones, and disrupting your blood sugar control, for example.

Short-term disruptions will not spell disaster for your health, although you may pay a temporary price.

Short-term sleep deprivation—such as what most experience during the switchover to daylight savings time, for example—is associated with4 cognitive impairment, impaired performance and alertness, occupational injuries, and a raised risk for automobile injuries.

“What happens is that you get a total de-synchronization of the clocks within… which may be underlying the chronic diseases we face in our society today.”

Timing, it turns out, is important, and we’re not just talking about timing of sleep. The timing of your meals can also influence your metabolic function, and hence how effective your weight loss efforts might be.

In one study, people who ate the largest meal of the day (which among this population was lunch) before 3pm lost 25 percent more weight than those who ate their main meal after 3pm.

This despite the fact that the overall energy intake, dietary composition, estimated energy expenditure, and sleep duration was similar between both groups.

Basically, the various systems in your body are programmed to perform scheduled tasks at specific times during the 24 hour wake-sleep cycle, and when you consistently act against these clocks, things start breaking down as your body tries to satisfy conflicting cues and signals.

According to preliminary findings,6 losing as little as 30 minutes of sleep each night can disrupt your metabolism and lead to weight gain.

In fact, each half-hour of sleep debt incurred during weeknights raised the participants’ risk for obesity and insulin resistance by 17 percent and 39 percent respectively after one year.

What this means is that if you need eight hours of sleep but consistently only get seven, you may theoretically raise your risk of obesity by about 34 percent, and simultaneously jack up your chances of insulin resistance—which is a hallmark of most chronic diseases, including type 2 diabetes—by 78 percent.

That’s a pretty hefty price tag for staying up an extra hour… According to the study’s author Shahrad Taheri, a professor of medicine at Weill Cornell Medical College in Qatar:

“Our findings suggest that avoiding sleep debt could have positive benefits for waistlines and metabolism, and that incorporating sleep into lifestyle interventions for weight loss and diabetes might improve their success.”

Working the night shift also disrupts your circadian clocks and can produce results similar to sleeping too little, even if you get enough sleep during the day. As just one example, three years of periodical night shift work can increase your risk for diabetes by 20 percent, and this risk continues to rise with time.

Impaired insulin sensitivity, also known as insulin resistance, occurs when your body cannot use insulin properly, allowing your blood sugar levels to get too high. The same applies to leptin, the hormone that tells your brain there is no need for more food. Both insulin and leptin resistance are precursors to type 2 diabetes.

They’re also risk factors in many other chronic diseases. In fact, controlling your insulin/leptin levels is one of the most powerful ways to reduce your risk of chronic diseases, including high blood pressure, heart disease, and cancer. In fact, tumors have been shown to grow two to three times faster in laboratory animals with severe sleep dysfunctions.

The increase in insulin-related diseases we're now seeing is largely due to lack of exercise combined with the excessive consumption of refined fructose and processed carbohydrates, but lack of sleep can also play an important part in the equation—especially when you consider that 40 percent of Americans are sleep deprived.

Besides deteriorating your insulin and leptin sensitivity, sleep deprivation also increases levels of ghrelin, a hormone that triggers hunger. This too can easily result in overeating and/or indulging in the wrong foods. Too little sleep also impacts your levels of thyroid and stress hormones, which in turn can affect your memory, immune system, heart and metabolism, and much more.

Beat Insomnia by Turning off Electronics at Night

While some people may choose to sleep less than the recommended eight hours for one reason or another, others want to sleep more but can’t. Insomnia is one of the most commonly reported sleep disorders, affecting an estimated 10 percent of Americans on a chronic basis.8 Brief episodes of insomnia affect about 35 percent of adults.

According to Michael Grandner, PhD, a psychiatry instructor and member of the Behavioral Sleep Medicine Program at the University of Pennsylvania, insomnia is often a side effect caused by engaging in some form of activity at a time when you should be preparing your body for rest. Using electronics and watching TV is among the most common insomnia-inducing activities. As a general rule, you need to avoid light-emitting technologies for at least an hour before going to bed, or you may find yourself tossing and turning, unable to fall asleep.

Teens in particular may have difficulty falling asleep if they spend too much time using electronic devices. Interestingly enough, this applies even if their use of technology is restricted to daytime hours. One recent study looking at technology’s impact on sleep among teens found a “very clear dose-response” between screen time and the time it takes to fall asleep. Regardless of the type of electronic device used (i.e. smartphones, MP3 players, game consoles, computers, etc.), the effect on sleep was the same: the more time spent using technology during the day, the longer it took for them to fall asleep.

Using an electronic device within one hour of bedtime resulted in spending more than an hour tossing and turning before falling asleep, and while this study was on teens, the effect may be quite similar for adults as well. Hence, if you find yourself tossing and turning for some time each night before falling asleep, consider cutting out all use of electronics in the late evening, and spending that last hour before bedtime doing something that relaxes you and prepares you for sleep instead.

Other Habits That Induce Insomnia

Time Magazine recently featured an article listing 20 different habits that might induce insomnia. Using electronics late at night was one of them. Here are a few other habits that might inadvertently keep sleep at bay. For the full list, please see the original article:

This may seem obvious, but to optimize sleep you also need to make sure you’re going to bed early enough. If you have to get up at 6:30am, you’re just not going to get enough sleep if you go to bed after midnight. Many fitness trackers can now track both daytime body movement and sleep, allowing you to get a better picture of how much sleep you’re actually getting. Chances are, you’re getting at least 30 minutes less shut-eye than you think, as most people do not fall asleep as soon as their head hits the pillow. This time spent in bed not sleeping needs to be factored in to ensure you’re getting enough hours of actual sleep.

Compelling research indicates that lack of sleep may increase your insulin and leptin resistance, thereby raising your risk of obesity, diabetes, and other metabolic diseases. A number of studies also agree that sleeping more may be an important key for addressing stubborn health and weight problems. If you’re having trouble getting enough sleep, I recommend beginning by realigning your circadian rhythms to the natural rhythm of daylight and nightfall. Without this synchronization, aspects of your waking/sleeping system will be working at the wrong time. The following three factors will help “anchor” your biological rhythm, which will make falling asleep easier, and promote body clock synchronization and optimal health.