Here is Why You Shouldn't Buy Organic Fruit &amp; Veg at the Supermarket 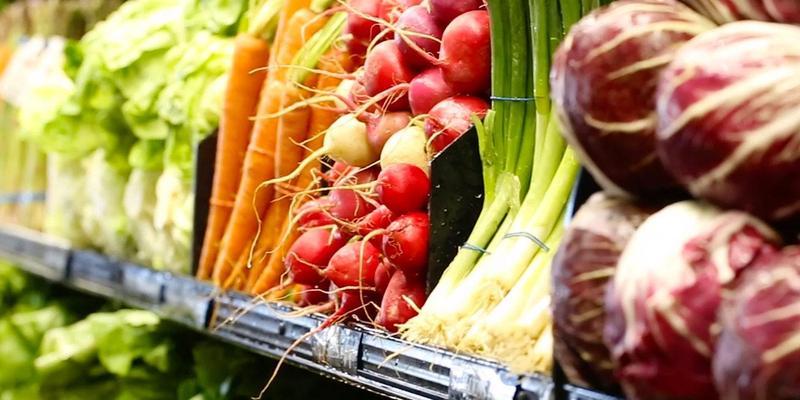 It has happened to all of us. You’re standing in the produce aisle, just trying to buy some zucchini, when you face the inevitable choice: Organic or regular? It’s a loaded question that can mean many different things, sometimes all at once: Healthy or pesticide-drenched? Tasty or bland? Fancy or basic? Clean or dirty? Good or bad? But here’s the most important question for many customers: Is it worth the extra money?

The answer: Probably not.

It’ll come as no surprise to most shoppers that organic produce is typically more expensive than the other options. In March, a Consumer Reports analysis found that, on average, the prices on organic foods were 47% higher than on their conventional counterparts. USDA numbers bear out this difference too. The wholesale price of a 25-pound sack of organic carrots in San Francisco in 2013, for example, was more than three times the price of a conventional bag.

“Organic” has essentially become another way of saying “luxury.”

(It’s worth noting that not all items see such drastic markups all the time: Three-pound cartons of mesclun were only 23% more expensive, according to the USDA, and sometimes organic produce is actually the less expensive option—but that’s a rarity.)

But this price difference does not just reflect the added cost of organic agriculture techniques: It’s also because people will pay more for the label—often without knowing what it means. “Organic” has essentially become another way of saying “luxury.”

As a study in the Proceedings of the National Academy of Sciences found, the “premium” markup on organic food is 29-32%, when only a 5-7% markup would be needed to break even—making organic farms more profitable than conventional ones. (Of course, it takes three years of organic practices to get certified, so farmers may still be left covering their additional investment after that period.)

Organic produce is not necessarily better for the environment

Organic farming can release even more greenhouse gases into the atmosphere than conventional farming.

In 2010, a study found that some organic pesticides can actually have a worse environmental impacts than conventional ones. Plus, a recent study found that because organic agriculture is now done mostly en masse by big corporations (what’s known dismissively by advocates as “Walmart organic”), the lower yields combined with the use of heavy machinery means it actually releases more greenhouse gases into the atmosphere than conventional farming.

Any health benefits from organic produce are teeny-tiny

A 2009 meta-analysis said there was no nutrient difference in organic versus conventional. Since then, two larger meta-analyses have found slight differences, but ones that are probably too small to really matter. The 2012 study found slightly higher phosphorous levels in the organic produce, and a 2014 study found higher antioxidant levels and lower cadmium levels in organic foods.

But as Jeffrey Blumberg, a professor of nutrition at Tufts University told NPR, because there are so many variations within organic and conventional production systems, drawing overarching conclusions about their products isn’t really methodologically sound. And any differences in nutrition are relatively insignificant. Ultimately, if you want more nutrients, eat more vegetables, organic or not.

Every year, the Environmental Working Group puts out a highly anticipated list called the “Dirty Dozen“—the fruits and vegetables it says have the highest pesticide residues, and are therefore most worth buying organic.

But in 2011, scientists from the University of California published a report finding that even the fruits and vegetables in the Dirty Dozen had less than 2% of the maximum allowable amount of the measured pesticides established by the US Environmental Protection Agency. The researchers criticized EWG’s methodology and concluded that that there was no “appreciable reduction of consumer risks” in eating these organic foods.

For its part, EWG disagrees with Winters’ conclusions for several reasons, including that they used the risk for adults, not children, in their calculations, and that they looked at average amounts instead of the highest levels used.

Farm work is hard and those doing it are often exploited. Unfortunately, this is no less true at organic farms—the USDA certification doesn’t include any labor requirements.

In 2006, the eco-minded news site Grist published a story detailing the many ways organic farmworkers were being mistreated, including violations of minimum wage laws, laborers allegedly being barred from speaking with inspectors, and sexual discrimination.

“The exploitative conditions that farmworkers face in the US are abysmal—it’s a human-rights crisis,” Richard Mandelbaum, a policy analyst at the Farmworker Support Committee, told Grist. “In terms of wages and labor rights, there’s really no difference between organic and conventional.”

And there’s no reason to expect your organic vegetables to taste better, either

Taste depends on so many factors, and organic certainly doesn’t come with any guarantees. “My jet-setting Argentine asparagus tasted like damp cardboard,” the journalist Michael Pollan wrote of the organic asparagus he purchased at Whole Foods in his 2007 manifesto about his shock when he tested his Mexican organic carrots for their sugar content—and discovered it was zero (probably making for a rather muddy-tasting bite).

So, what’s the best option?

Bottom line: If you want to know more about your fruits and vegetables, buy them at the local farmers market, organic or not. The prices are often competitive with supermarkets, the in-season goods will be fresher than those shipped long distances, and any questions you have on production practices can be asked and answered on the spot. If you can’t make it to the farmers market, don’t waste your money on that little label.