Here is What Shamanism and Quantum Physics Have in Common 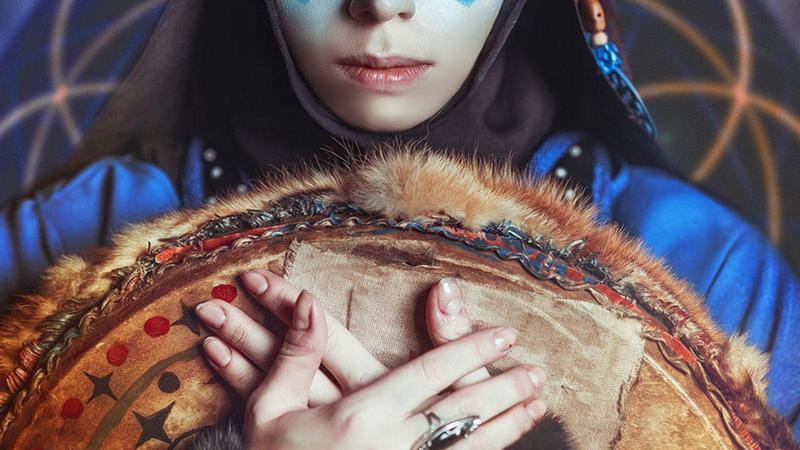 Shamanism was an integral part of humanity for thousands of years. They were the first healers, teachers, and scholars. Eventually, the wisdom of the shamans was lost through the trials and travails of humanity. Now, in our modern age with technology that grants us access to knowledge from around the world, we have brought the old wisdom back, and in the most stunning of ways. Science has actually come to parallel the ancient practices of shamanism. Here is a list of 5 ways the sub-atomic level of reality parallels with the core methods of shamanic healing.

1. Observer Effect
We all know through experiments in the lab that sub-atomic particles (the fabric of the universe) are affected when there is an observer. Through rituals of music, dancing, and ceremonies, the shaman enchants the patient into a state of optimism, where their belief is that they will indeed heal once the ritual is completed. The parallel in this case is the shaman and the patient are both playing the role of the observer (and sometimes even the entire tribe), and are aiding the sick through their presence of positive belief. Sometimes the created atmosphere during the rituals enchant such powerful states of belief in the mind of the ill patient that their bodies gain enough energy to remove the illness. A similar thing can be seen when the state of particles are changed when being observed.

2. Multiverses
There are many different versions of a multiverse theory today, but they all have the same conclusion: that there are multiple dimensions all existing simultaneously. The shaman can access them. Often what the shaman does is enter different realms in which multiple spirits live, through the use of psychedelic plants, and call for their help. The shaman will sometimes make an animal sacrifice in exchange for the healing energies of the spirits. The spirits will absorb the sickness in some cases. The unseen beings that all the shamans receive guidance from are from other dimensions that multiverse theory states.

3. Non-Locality
The principle of non-locality states that an object can influence the behaviour of another object at a distance, without any direct or local connection between the two. The shaman can aid the sufferer through non-local means. There is no linear cause and effect in the shaman’s healing process. The entire process is in fact non-local, as the shaman and whom they are healing have no direct connection, yet the shaman manages to cause changes to the person’s physical body. Shamans use this non-locality to also gather any other knowledge or information a tribe may need, whether it’s the best spot to hunt or just some needed psychotherapy. Remote viewing is one of the non-local methods they use to find out where something is without actually physically going out and checking.

4. Planck Length/String Theory
The concept that the universe is all one consciousness has merit drawn from quantum physics. The Planck Length is a mathematical equation that denotes that the smallest measurable unit of energy that can possibly exist is the foundational energy of the universe. The foundation of the universe is an extremely low indivisible unit of energy, suggesting that there is a limit to our reality. Could that limit be pure consciousness? After all, we can not conceive of anything that is outside of our consciousness. The correlation between consciousness and the Planck Scale is certainly there. The shamans also had a concept for this. They called it the “Axis Mundi,” the connector of realms, the universe that contains all the other universes. They believed they had to transverse Axis Mundi to find the spirits they were looking for, which is same one ultimate reality that through quantum physics, and even through self-observation, is suggested to exist.

5. Photon Inclusion and Electron Exclusion
According to the Pauli Exclusion principle, the solidarity of matter is caused by electrons repelling each other. Electron exclusion creates the atomic structure. Light on the other hand (non-solidity), behaves in opposite ways. Photons bind and mix with each other instead of repelling each other; there is inclusion rather than exclusion. Through this, you can say the feminine and masculine energies are embedded in the universe. And as humans, we also have a bit of both masculine and feminine aspects. Shamans recognize this, and even claim that an imbalance of the two can sometimes be the cause of illnesses. The shamans have always had a very noticeable and loving energy radiating from within them. One of their goals is to balance the energies of the individual through instilling feelings of love and unity. When humans express love and sexuality physically, that is the magical dance between the photon inclusion (non-physical) and the electron exclusion (physical), which is why love and sexuality can also be a very healing or transformative experience. The shamans always express a very loving energy with whom they are healing for this very reason. The word “shaman” means the one who knows. Indeed, the ancient cultures deemed that status fittingly, as the shamans of the past had the most remarkable abilities. They tapped into the fundamental forces of the universe to find solutions to our problems. To me, that is a more powerful feat than anything we have accomplished in the modern age. The wisdom of the ancients were more advanced than us in many ways.