Home/Articles/Flower Of Life: Ancient Sacred Geometry Symbol And Blueprint Of The Universe

Flower Of Life: Ancient Sacred Geometry Symbol And Blueprint Of The Universe 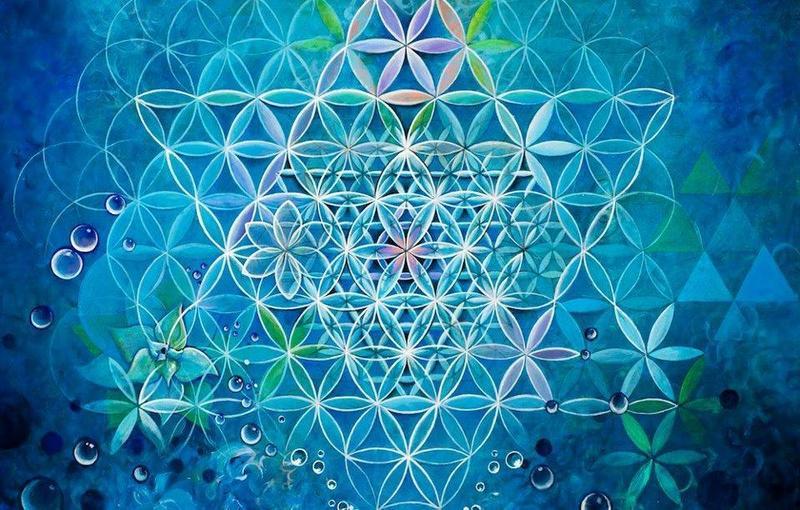 The Flower of Life is a modern name given to an ancient sacred geometry symbol used by many different civilizations.

The symbol is of great spiritual and religious importance and believed to depict the fundamental forms of space and time. It has long been regarded as a blueprint of the Universe, containing the basis for the design of every atom, molecular structure, life form, and everything in existence. So, it is without doubt one of the most powerful ancient symbols.

The Flower of Life Can Be Found World-Wide

Just like the Ouroboros, an ancient infinity symbol, the Flower of Life can be found almost everywhere. The oldest known example of the Flower of Life has been discovered at the Temple of Osiris at Abydos, Egypt. However, as one of the most ancient symbols known to mankind, we also find the Flower Of Life at the Golden Temple in Amritsar, a Buddhist temple at Ajanta, India, in ancient Chinese temples, in the Louvre, in Spain, Japan, Lebanon, at the city of Ephesus and many other places.

In the Forbidden City, in Beijing, China the Flower of Life can be seen underneath the paw of the “Fu-Dog”, the “Guardian Lion”.

This palace was home to 24 emperors of the Ming and Qing dynasties. Like the Sphinx, the Fu-Dogs were a symbol of protection to the buildings and their inhabitants and also, they were considered to be the guardians of knowledge.

What Is The Meaning Of The Flower Of Life?

At first glance the Flower of Life appears to be rather simple, but there is a deeper meaning behind its design. The symbol is made up of multiple overlapping circles of the same size, 13 circles to be precise. Many people think that understanding the Flower of Life can help us to understand how the Universe works. Sacred geometry ascribes symbolic and sacred meanings to certain geometric shapes and certain geometric proportions.

Many ancient people believed that numbers had a symbolic meaning aside from their everyday use. Various shapes such as triangles, hexagons and octagons are considered a physical manifestation of a number. Because of this, these shapes hold a higher vibrational value because of the fact that they are visible. Sacred geometry has often been employed in the design of sacred architecture and sacred art.

One scientist who became very interested in the Flower of Life was Leonardo DaVinci, He studied it so he could to learn more about it mathematical properties and in what way it was connected to physical reality as well as consciousness. Leonardo was known for using the Golden Ratio of Phi in his artwork, this is also known as the Fibonacci Spiral, which is derived from the Flower of Life pattern.

Today, the Flower of Life is used as a focus both for study and meditation.

by Message to Eagle