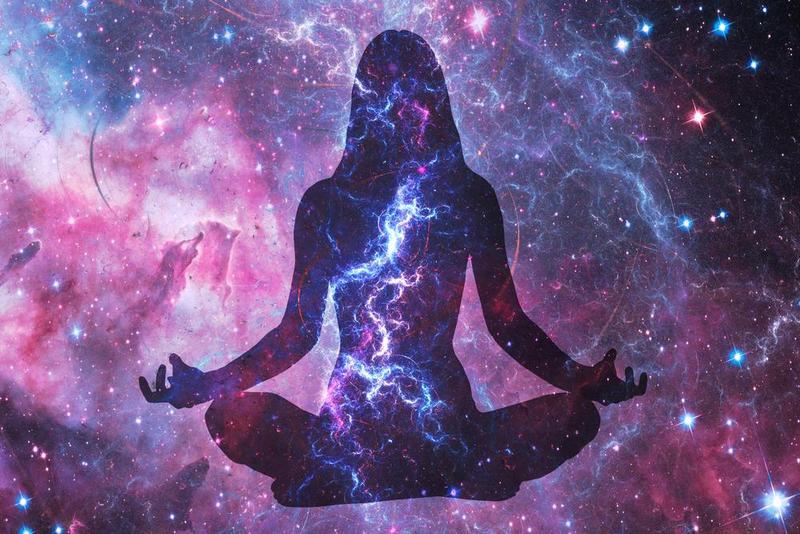 Go far enough back in time and you’ll reach to a point where entire societies were based around the universal knowledge of the journey of consciousness in its awakening – in Central and South America, Easter Island, Egypt, Cambodia, India and in many other places now submerged under the ocean. The precision of some of the sacred sites that were created is astonishing, revealing the cosmic principles of enlightenment in their geometry and design. Many of the oldest teachings such as the Rig Veda and the Pyramid Texts of Egypt contain a sublime spiritual message.
As time went by however, much of the ancient knowledge was lost and various religious forms appeared. For some people though there has been a drive to search for the truths of existence, and a few enlightened individuals have emerged here and there throughout history, showing how these sacred principles are inherent in the universe. From this the knowledge emerged here and there throughout history, as the drive for enlightenment is inherent within the human being.

Spiritual and esoteric knowledge has appeared in many different cultures, and has found its expression in different words, symbols, sacred sites, teachers, prophets, messengers, gurus, avatars, artwork, dances, poetry, and much more. However, although the manifestations have their differences, there are obvious and more often hidden similarities. These have served as markers of an esoteric knowledge running like an undercurrent that flows throughout the whole of human history.

However, not all those who search for spirituality arrive to this kind of awakening, and so not all spirituality that is taught is of it. In fact, throughout much of history esoteric knowledge was kept secret to preserve it from the persecutions of society, governments, and religion.

The Secret Knowledge of the Ancient Past

Civilization
is much older than many think. Sacred texts talk about lost civilizations from a very ancient past, such as
Lemuria
and
Atlantis
which were destroyed by cataclysms, and it is known that these occurred at the end of the last ice age when a huge amount of the world’s most productive land was lost to water.
There is evidence that survivors created magnificent
esoteric civilizations
throughout the world—the knowledge they possessed can be seen in the symbols, temples, pyramids, astronomical alignments and sacred geometry they used in numerous ancient sacred sites. It was a time in human history in which esotericism was central to human life and society.

As seen in the ruins of many sacred sites around the world, esoteric knowledge was practiced and preserved by ancient civilizations in India, Persia, Asia, South America, Britain etc. some of which had their connections with the esoteric knowledge which came from pre-Egyptian civilizations. Messengers, Avatars, and Prophets given missions by divinity to teach esotericism anew also appeared throughout the world, such as Mithras, Krishna, Osiris, Jesus, Quetzalcoatl etc. Striking similarities can often be found not only in the message of these great spiritual teachers, but also in the very events of their own lives. However, as society spiritually degenerates and religion strengthens, those who practice esotericism are often persecuted out of it and it must either go underground or move elsewhere – thus the need for its continual renewal.

The Split of the Esoteric and the Exoteric

Spirituality has often been given at two levels: a public (or exoteric) one that the majority of people can understand, and an inner, more esoteric teaching, which only those at an advanced level can understand. Esoteric schools have therefore existed as part of or alongside many different religions of the world. The esoteric schools provided a connection to
divinity
that was accessible at an individual level and provided a connection to higher planes and spiritual dimensions; through esoteric schools people learned about inner initiations and the way to awakening.
Esotericism
was taught this way to protect it from those who would profane, deride and destroy it. Teachers would come who either found and achieved a level of awakened spirituality and were given a mission to spread esotericism, or were born awakened with a mission. There are many examples in which the teacher would split their teaching, giving the public the exoteric side of spirituality whilst giving the esoteric teaching privately to those who were prepared enough to receive it. Once the spiritual figure dies, often the exoteric side of the teaching becomes a
religion
, whilst the esoteric practice of it carries on in secret. Unfortunately and ironically, the religion usually turns on the esoteric practitioners and drives them away. Like this, esotericism has moved from place to place throughout the world whenever the environment has become too hostile.

One of the clearest examples of this can be found in the life and teachings of Jesus. Jesus taught both exoterically and esoterically. That is, he taught the public at a basic level, but gave the esoteric knowledge to his disciples in secret.
Then the disciples came up and asked Him, “Why do You speak to them in parables?” He answered them, “Because the secrets of the kingdom of heaven have been given for you to know, but it has not been given to them…For this reason I speak to them in parables, because looking they do not see, and hearing they do not listen or understand.”
–Matthew 13: 10,11,13

He would speak the word to them with many parables like these, as they were able to understand. And He did not speak to them without a parable. Privately, however, He would explain everything to His own disciples.
–Mark 4:33-34

A Very Brief History of Esoteric Teaching in the West Over the Last 2,000 Years

A variety of esoteric groups and mystical religions existed throughout Europe, some with links to the east and to Egypt. Many were absorbed by or integrated into the
Roman empire
and their religious practices. Later, the Romans became Christian, and
Christianity
spread throughout Europe. The old religions of Europe then became known as
pagan
. Ironically most of these pagan religions contained the same universal knowledge through dressed in its own form for the society of its time.

Jesus himself was persecuted as a “blasphemer” and the disciples continued to be persecuted by the orthodox religion at the time and by the Roman government, however from the work of the disciples the esoteric practice of Jesus’ teachings continued in secret. It was Paul who then went in a different direction from the disciples and preached his own version of what Jesus taught based on the exoteric side of it: it was from what Paul did that Christianity became popular and eventually went on to become an established religion with an ecclesiastical hierarchy, which within a very short time, began persecuting other forms of Christianity, particularly the esoteric that were outside its fold.
Nearly 300 years after Jesus’ death a Roman emperor made it the official religion of the Roman Empire; this is when the Bible became the official text of Christianity, and church merged with state. Now established and in power, those in it turned upon what was deemed non-orthodox with greater force. This included the esoteric practitioners who were known as the Gnostics. Their practice and texts were banned, and like this esoteric texts such as the Nag Hammadi Library and the Pistis Sophia (which were left out of the Bible) disappeared until their recent rediscovery.
Christian lands became places of terrible persecution—they have continued this way for nearly 2,000 years, with the Inquisition, witch hunts, and now the “cult” label. The Knights Templar and Cathars had attempted to practice esotericism within Christian territories, only to have been brutally persecuted out of existence after a relatively short time. It appears that either the esoteric knowledge withdrew or moved to the East and to Islamic lands, which for many, many centuries provided a more favorable environment to the exploration of mysticism. Now Islamic lands have becomes places of increasing violence and strife.

During this time esoteric schools, which had their origins in ancient times, operated in Egypt, India and the Middle East. Spiritual seekers in Europe who came in contact with the knowledge from these schools became known as the Medieval Alchemists. Famous esoteric practitioners from this time include Paracelsus, Nicholas Flamel, and Raymond Llul. These groups had to practice esotericism in total secrecy, encoding much of their teachings in symbols and the external practice of science and medicine, which was more acceptable to the society of the day.

In more modern times, people like Madame Helena Blavatsky and Gudjieff gave account of how they had traveled in search of esoteric knowledge (before the days of the internet) and recalled their learning from the esoteric schools of the East. It is not clear how far both of them went into the knowledge, as there were probably schools with varying degrees of wisdom for those at a beginner to an advanced level. These esoteric schools probably functioned as the places of higher learning for people who went in search of it throughout the world for many centuries. However, it appears they closed their doors in the early 20th century not to reopen them again, due to the dark times we find ourselves in.

Today, it is unlikely that an esoteric school can function due to the hostility towards the spiritual knowledge that is on the increase throughout the world as the human race becomes increasingly aggressive, degenerate, and controlled by a powerful elite through mainstream media, politics, music etc. In addition to the usual persecution from orthodox religions, now comes the use of the “cult” stigma gearing up in the Western world, perpetuated by the powerful elites with their agenda against white esoteric knowledge.

Dark forces and ceremonies have existed alongside white esoteric knowledge, obscuring and confusing their meanings to the public. Secret societies of dark knowledge exist to this day, having passed through centuries largely undetected, yet accumulating power. They use the symbols of knowledge of light but invert them.

Grey esotericism is practiced by those who don’t know what they are doing. Many modern day secret societies, some established in the public arena, societies with clear financial and other non-spiritual agendas and popular Satanism, are examples of this.

Today dark esoteric knowledge has come to thrive to the virtual exclusion of white knowledge. It’s easier to achieve results in dark knowledge – it brings power, wealth, fame, and pleasure. Whereas white knowledge is difficult to attain – it requires suffering and sacrifice, often poverty and brings wisdom, peace, love and liberation, qualities that most readily drop in favor of pleasure, power and darkness. Darkness has organized and practitioners of white knowledge have all but vanished.

In ancient times two kinds of civilizations emerged: the simple hunter gatherers who settled down to farm and became today’s societies; and advanced societies, who built incredible monuments and mysteriously vanished – a lost civilization, many of whose remnants lie under the ocean, that held the principles of spiritual awakening as their highest goal, whose incredible architecture mysteriously appears as if from nowhere and seems to disappear. Later societies emerging as stable civilizations developed around these and became the Egyptians, Mayans, Incas, etc. The further back you go in time into their civilizations, the more advanced their knowledge is.
Our societies today desperately need an understanding of the principles of esoteric knowledge to be able to elevate us enough that we don’t continue to wreak havoc upon the world and destroy ourselves in the process. We have reached a crisis point in which our civilization doesn’t have the spiritual maturity to cope with the advances we have made in technology and this puts us in very real danger. We need a return to the pure form of knowledge that would be recognizable to the founders of those esoteric civilizations, where there is a shared understanding of a universal knowledge. Even a most basic
self-knowledge
and an understanding of how to observe within would be sufficient to elevate the spiritual level of humankind.