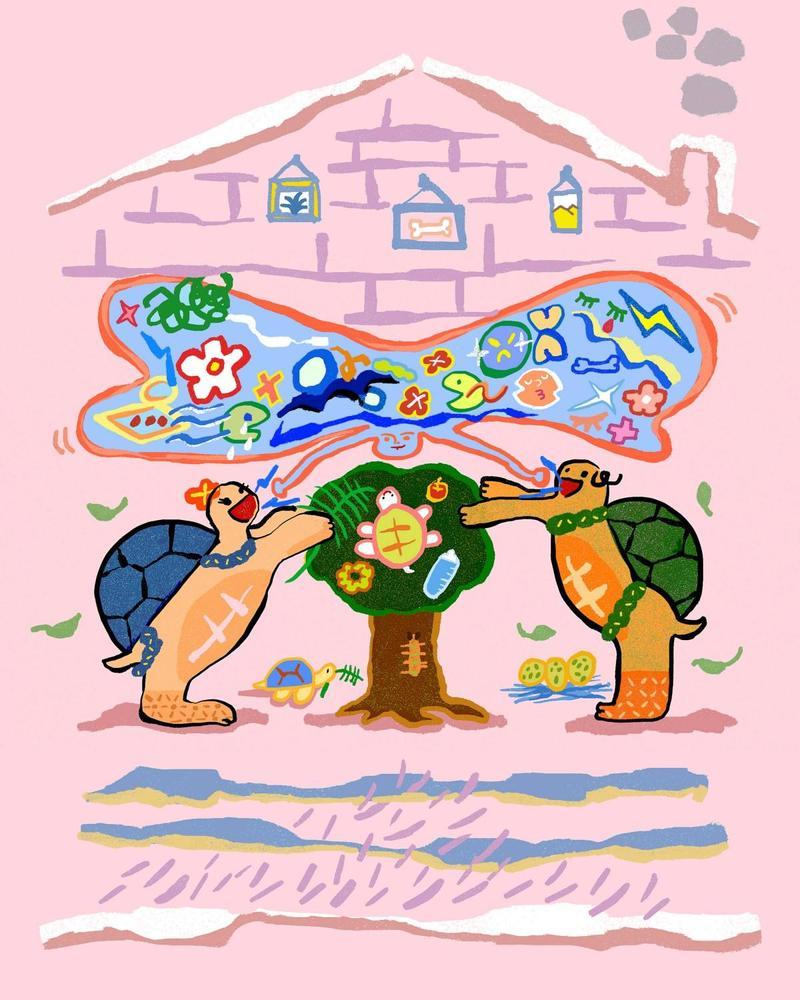 When our 16-month-old stopped sleeping through the night, my marriage became a battleground. It started shortly after the holidays. After all the houseguests had gone home, instead of an anticipated return to normalcy, our formerly independent sleeper began insisting we rock him to sleep. Night after night, it took an increasingly long time for Oscar to nod off, only for him to spring back up screaming the second we laid him in the crib.

My husband and I were repeating the routine three, four, five times a night. At four in the morning, the feelings of frustration, worry, and inadequacy would melt together into a blind rage, which we’d often direct at one another. My husband would interpret the tension in my voice as a criticism of him. He’d respond defensively, which would make me critical of him (if I wasn’t already) and more frustrated. In no time, we’d be relitigating earlier disagreements, attacking one another’s communication styles, and generally arguing over who was to blame. Our marriage was in crisis.

To say that my husband and I were pretty miserable as new parents is no exaggeration, nor does it make us very unique: Research finds that most couples experience an alarming drop in well-being after the birth of their first child. One study compared new parents’ unhappiness to other life situations such as divorce or the loss of a job.

Recognizing that our sanity and the survival of our marriage depended on it, my husband and I decided to find healthier ways to articulate how we are feeling. I recently learned about “emotional granularity,” a term coined by Lisa Feldman Barrett, a former clinical therapist and neuroscientist who’s been studying the nature of emotion for more than 25 years. In her book How Emotions Are Made: The Secret Life of the Brain, Barrett argues that emotions are not built into our brains at birth. Instead, she says, our brains construct emotions in the moment by linking physical sensations to past experiences. By learning to construct our experiences differently, Barrett contends, we have the capacity to dial down emotional suffering and its consequences.

To do this, Barrett says, we need emotional granularity: the ability to differentiate between our emotions with specificity. Negative emotions such as anger, fear, or frustration feel similarly in the body — the pulse quickens, your breath shallows, your face flushes, and your muscles tense. Someone with low emotional granularity might clump these feelings together and label them more broadly: “I feel bad.” Someone with high emotional granularity can differentiate one “bad” feeling from another. For example, sadness versus disappointment, anger versus indignation, impatience versus despair. The brain mitigates the danger by releasing certain amounts of cortisol and adrenaline depending on how it interprets the situation. The more granular the emotional palette, Barrett says, the more appropriate and efficient your nervous system will be at containing and managing a bad mood.

Emotional granularity doesn’t just help us accurately label our own feelings; it also helps us infer the emotions of others. For example, you might respond differently to your partner if you accept his frown to mean he’s thinking deeply, rather than assuming the facial expression always means he’s in disagreement.

Someone with high emotional granularity can differentiate one ‘bad’ feeling from another.

To use emotional granularity for developing better emotional health, Barrett says to start by reinterpreting and recategorizing unpleasant feelings. Instead of getting mad when your toddler pulls off his shoes the second you’ve wrestled them onto his feet, examine your feelings more closely: Are you self-conscious that you’re going to be late? Nervous that others will judge you as a parent for letting your little one run around barefoot? Assess that emotion, and then reframe it. Emotional granularity isn’t a matter of simply talking yourself into feeling differently; it’s about articulating subtle differences in your experience and strengthening neurological paths that better serve you in difficult situations.

“In moments when you could make frustration,” Barrett says, “make determination instead.”

Naming the experience can defuse the situation and shift the way you feel the next time your toddler flings off their shoes.

It may even be helpful to learn how people in different cultures talk about emotions, which is how journalist Michaeleen Doucleff helped deal with her anger. As she reported in NPR earlier this year, there are different feelings of anger, like the anger at being misunderstood at work versus anger at the result of a lost baseball game. Doucleff reports that Germans have the word backpfeifengesicht, which means “a face in need of a slap,” and ancient Greeks had different words for brief feelings of anger (orge) and long-lasting anger (menin). “So, in many ways, anger is like wine,” Doucleff writes. “There are these major varieties — such as chardonnay and pinot noir — but each vintage has its own unique combination of aromas, flavors, and potency. The more practice you have at detecting — and naming — these nuances, the better you understand wine.” If we’re able to detect the nuances of anger and label them, Doucleff writes, we’re better able to handle anger altogether.

There’s data to suggest having higher emotional granularity can lead to better social outcomes. A 2015 study published in the journal Current Directions in Psychological Science reported that people who experience their emotions with more granularity are less likely to do things like binge drink or behave aggressively when they experience intense distress. People with higher emotional granularity also appear to have less severe anxiety and depression, possibly because they have a high level understanding of why they’re feeling a particular way and what to do about it.

My husband and I are working on this. Dedicating time for meaningful conversation about our feelings has become a saving grace for our marriage. Any slights or major disagreements are mostly saved for a weekly family meeting. These one- or two-hour conversations — held when Oscar’s napping and my husband and I are both relaxed and less emotional — give us an opportunity to reflect on why we are feeling crummy and troubleshoot the week ahead.

That doesn’t mean we no longer have spontaneous spats. But they happen less often, and when they do, they’re usually more thoughtful.

The other day, I sat at the end of my bed while Oscar screamed in his bedroom. My husband and I were at our wits’ end, and he criticized me for raising my voice at him. Already tense, my whole body gripped in preparation for a fight. Instead, I paused. “I’m not yelling at you!” I sobbed. “I’m just frustrated.” With that, my jaw unclenched and the tension drained slightly from my shoulders. I felt the heaviness in my head, the fog behind my eyes.

My husband softened and said, “I’m tired too.”