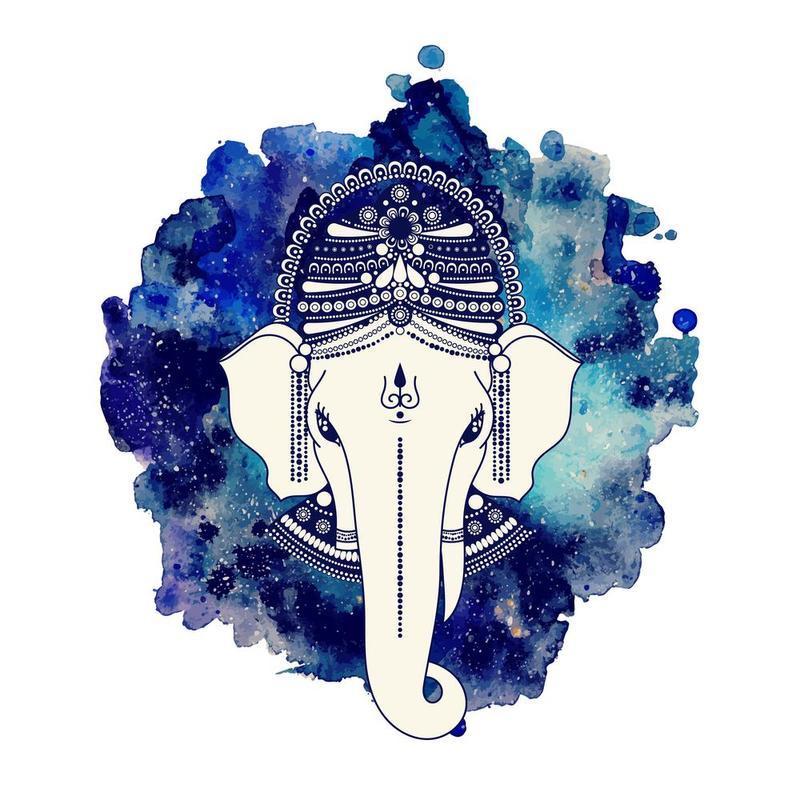 Deity yoga is one of the hardest forms of Tantrik Yoga to comprehend. Deity yoga is a Tantrik practice of invoking sides of the One divine Consciousness and identifying oneself with them. The One energy comes out as countless different ‘vibrations’, either ephemeral or eternal.

The ‘eternal’ vibrations are intrinsic components of the overall Pattern, and so they exist as long as the Pattern is there. Some of these eternal vibrations of conscious energy are called ‘deities’. The word deva in Sanskrit means ‘to shine’ and ‘to play’. So, the devas are the shining playful beings – and they want to interact with you.

These patterned forms of consciousness exist both inside us and as energetic patterns of flow in the bigger universe. Therefore, they can’t be called ‘gods’ (divine persons) or ‘archetypes’ (aspects of our psyche), even though in some way they are both of those things. They are archetypes because they are paradigms or patterns within the collective unconscious, and they are divine persons in the sense that you can have an ‘encounter’ with a deity in which you simultaneously feel the presence of a Divine ‘Other’, and yet realize that this ‘Other’ is not separate from you.

Experiencing a ‘visitation’ from a deity, it often feels as ‘Other’. But don’t worry, that is just because you are not yet aware of your total Being. According to the Tantrik tradition, each deity has an ‘essence-nature’ (svabhāva) that lives in the ‘bodies’ (mūrtis) which are its representations.

The majority of deities have 3 ‘bodies’: the sonic one (mantra), a geometric pattern (yantra or maṇḍala), and an anthropomorphic representation (whether sculpted, painted, or visualized). A given body, such as a statue of a deity, is considered not alive unless the energy of the deity is put into it, usually by means of mantras articulated within a space of strengthened and devoted awareness; when this has happened, the deity’s body is said to be alive or conscious.

Now you can understand why the British in the colonial period (and the Baptists and Muslims today) were wrong to call Indians ‘idolators’ – when the prāṇa (life-force) is taken out of a statue and relocated into a temporary receptacle (like a water-pot with herbs and leaves in), then the statue is discarded and the water-pot is treated as a deity!

To be an idolator is precisely to mistake a symbol for what it actually represents, which is explicitly not happening here — the energy is venerated, not its vessel or touchstone.

What differs Tantrik practice from the temple culture that it influenced is that Tantrikas choose to invoke the energy of a deity into a visualized substrate rather than a physical one. This practice necessarily entails honouring oneself as the expression of the deity, because according to the Tantrik maxim, ‘Only God can worship God’. Having invoked the deity’s energy into the visualization, the practitioner honours the deity’s power/energy, while striving to see the deity as an icon of her own essence, a reflection of an aspect of her true Being.

Even the mantra of a deity, I must say, can either be alive or not. So how do you know that the mantra is alive? The best way to determine this and be sure of your mantra is to get it from someone for whom it is alive.

In performing Deity Yoga, one must differentiate between ‘enlightened deities’ and all the rest. Enlightened deities are those invoked as part of a spiritual practice aiming at liberation and awakened awareness, whereas other deities are invoked for specific limited goals – like increasing financial abundance, attracting a partner, pacifying an enemy and so on. Doing a practice on a specific deity means invoking that deity daily with mantra, yantra, and visualization (three out of four of the key elements of Tantrik Yoga, the fourth being the breath). Such a practice can result in both inner and outer shifts – you may get ‘signs’ that you have connected with the energy of that deity, such as elements of that deity’s constellation of attributes repeatedly showing up in your life.