Could You Benefit From Intermittent Fasting? 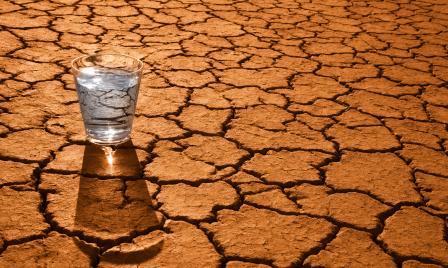 Intermittent fasting is a powerful tool for preventing and reversing disease. Learn how this dietary approach could help you optimize your health.

Intermittent fasting is a general term used to describe a variety of approaches that change the normal timing of eating throughout a day, with short-term fasts used to improve overall health. In other words, the one consistent theme of intermittent fasting is that individuals periodically fast for a longer duration than the typical overnight fast.

Some approaches to intermittent fasting include skipping one meal of the day, extending the duration of the overnight fast to anywhere from 12 to 20 hours. This may also be referred to as time-restricted feeding because it shortens the feeding window. Some people prefer whole-day fasts that usually involve fasting for 24 to 30 hours, performed anywhere from once to twice per week to just once or twice per month. Most of the research on intermittent fasting more specifically uses alternate-day fasting, where participants fast for 24 hours every other day, alternating days of eating without restrictions (1).

During the most common fasting duration of about 18 to 24 hours, our cells shift from using glucose as their primary fuel source to using fat (7, 8, 9). This means that our fat stores, namely triglycerides, are broken down and used for energy. The breakdown of proteins for fuel does not begin until the third day of fasting. Thus, intermittent fasting remains an option for optimizing health even in those wanting to maintain or gain muscle mass.

Without going into too much of the science here, the shift in metabolism from glucose to fat may be most pronounced after about 18 hours of fasting, suggesting potential benefit from occasional whole-day fasts (8).

Several studies show intermittent fasting may lead to a reduction of total cholesterol by about 20 percent (7, 2, 4, 5, 10). This becomes even more impressive when we look at the breakdown of the effects on LDL, HDL, and triglycerides.

The following is an over-simplification, and Chris has written extensively about cholesterol and lipids in the past, but for the purposes of this article:

LDL is the “bad cholesterol” (the worst is small, dense LDL, and the less offensive form is large, fluffy LDL).

HDL is the “good cholesterol” (we don’t want to see HDL decrease, and most often we would prefer it actually increase).

Triglycerides are a type of fat used to store excess energy from our diet, and high levels may be associated with cardiovascular disease and insulin resistance (we want low levels of triglycerides).

Since the total cholesterol on a blood panel is derived from a formula including LDL, HDL, and triglycerides, we want to make sure that a decrease in cholesterol comes from reductions in LDL or triglycerides, and not lowered HDL.

So, what happens to cholesterol with intermittent fasting?

We also see decreases in triglycerides by as much as 32 percent below levels measured prior to implementing intermittent fasting (2, 7, 10, 13).

And, as hoped, with intermittent fasting, there is no significant decrease in HDL (14).

Intermittent fasting is associated with decreases in inflammation

A study published this month investigated the effect of intermittent fasting on a marker of inflammation, specifically looking at NRLP3 inflammasome activation (15). The results indicated a decrease in this measure of inflammation with fasting.

Another study evaluated the effect of alternate-day fasting in adults with asthma and found a decrease in symptoms along with striking decreases in markers of oxidative stress and inflammation (7).

One interesting study published earlier this year investigated the effect of intermittent fasting on motor coordination skills, protein, and DNA damage in specific regions of the brain in middle-aged rats (16). This study also measured markers of cell metabolism, cell survival pathways, and synaptic plasticity (you can think of synaptic plasticity as a measure of the ability to learn).

The findings indicated that intermittent fasting was associated with improved motor coordination and learning response and a decrease in oxidative stress (think of oxidative stress as what we often consider “normal” age-related change). So, intermittent fasting may improve healthy aging of the brain and decrease the cognitive decline that is generally considered a normal part of aging.

Intermittent fasting may be associated with decreases in neuroinflammation

While there are even more potential benefits to intermittent fasting, like improving insulin sensitivity and promoting a normal migrating motor complex (important in preventing SIBO as discussed here), I’ll have to save further discussion for another post to prevent this one from becoming too long. But hopefully at this point it’s clear that intermittent fasting can provide a number of measurable benefits.

Intermittent fasting is not for everyone

There can be risks associated with intermittent fasting, and I would strongly recommend that it be pursued with the guidance of a qualified healthcare provider or nutritionist who understands the risks and benefits and can help determine if it’s right for you.

Intermittent fasting should always be avoided during pregnancy and breastfeeding and should generally be avoided during times of increased stress that contribute to Adrenal Fatigue Syndrome, or more precisely, hypothalamic-pituitary-adrenal (HPA) axis dysfunction.

Additionally, there are health risks associated with diets that are too low calorie, including concerns of nutritional deficiencies, electrolyte abnormalities, and potentially more serious risks if extreme diets are undertaken without appropriate supervision. Intermittent fasting can be a great strategy for weight loss and overall health during the right time for you and when approached cautiously.

Along the course of her medical training and working through her own personal health issues, she found her passion for functional medicine, and began training with Chris in June of 2014. She subsequently joined the California Center for Functional Medicine to work with patients through a functional medicine approach, working to identify and treat the root causes of illness. Similar to Chris, she uses nutritional therapy, herbal medicine, supplements, stress management, detoxification and lifestyle changes to restore proper function and improve health.