Chronic Fatigue Is A Real and Dangerous Disease — Scientists Confirm 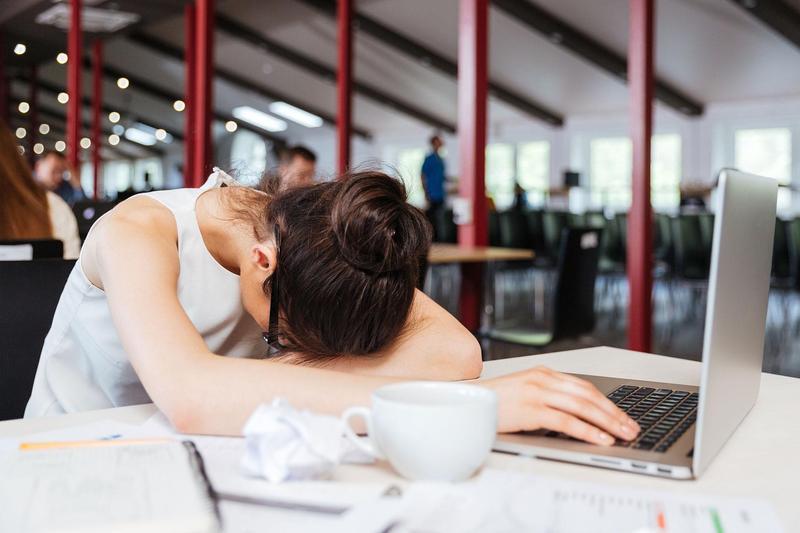 Chronic fatigue syndrome (CFS) or Myalgic Encephalomyelitis (ME) is one of the most perplexing conditions out there. It affects up to 1 million Americans and as much as 2.6 percent of the global population, often triggering exhaustion so severe that patients can't work or study.

But for decades, researchers have struggled to find an underlying cause, leading to an assumption by many doctors that it's 'not a real disease'. Now, Australian researchers have blown that myth wide open, showing for the first time that CFS is linked to a faulty cell receptor in immune cells.

"This discovery is great news for all people living with Chronic Fatigue Syndrome (CFS) and the related Myalgic Encephalomyelitis (ME), as it confirms what people with these conditions have long known - that it is a 'real' illness - not a psychological issue," said Leeanne Enoch, the Science Minister of Queensland - the Australian state that's supporting the research.

"CFS and ME are notoriously difficult to diagnose, with sufferers often going for years without getting the proper care and attention they need."

Not only is this the first research to show how the faulty cell receptor causes the immune system changes seen in CFS/ME, it also offers researchers a long-sought-after target for future treatments and tests.

The US officially listed CFS/ME as a disease, but there's still no way to test for the disease, and no effective treatment.

In fact, the two most commonly prescribed treatments for the condition are cognitive behavioural therapy and exercise, neither of which have any evidence to support they work - and many feel could actually be doing more harm than good.

Now, the latest study shows the disease actually has a serious cell receptor dysfunction at its core.

The breakthrough came after researchers from Griffith University identified that patients with CFS/ME were far more likely to have single nucleotide polymorphisms - DNA typos - in the genetic code for certain cell receptor.

This cell receptor is known as transient receptor potential melastatin 3 (TRPM3), and in healthy cells it plays a crucial role - transferring calcium from outside the cell to the inside, where it helps regulate gene expression and protein production.

But in several peer-reviewed papers published by the Griffith team last year, they showed that in CFS/ME patients, something seemed to be going wrong with TRPM3.

In the latest study, the team looked at blood samples 15 CFS/ME patients and 25 healthy controls, and found that immune cells in chronic fatigue patients had far fewer functioning TRPM3 receptors than those of healthy participants.

As a result, calcium ions weren't making it inside the cell like they should be, meaning cell function was impaired.

What makes matters worse is that TRPM3 isn't just found in immune cells. The team tested its presence on immune cells as they're easy to access in blood samples, but the receptor is found on every single cell in the body, which not only explains why CFS/ME has been so difficult to diagnose, but also why it's so severe.

"This is why it's such a devastating illness, and why it's been so difficult to understand," one of the researchers, Don Staines, co-director of Griffith University's National Centre for Neuroimmunology and Emerging Diseases, told ScienceAlert.

"This dysfunction affects the brain, the spinal cord, the pancreas, which is why there are so many different manifestations of the illness - sometimes patients will suffer from cardiac symptoms, sometimes it will be symptoms in the gut."

It's something that's confused doctors for decades, and has lead to much of the misdiagnosis of the condition - but the new research suggests that all of the common CFS/ME symptoms can be explained by these faulty calcium ion channels.

"We now know that this is a dysfunction of a very critical receptor and the critical role that this has, which causes severe problems to cells in the body," said Staines.

To be clear, the research is still in its early phases - all we know for now is that these dysfunctional TRMP3 receptors are involved in the disease, and there's a lot more work to be done.

But Staines suggests that the involvement of TRPM3 receptors could explain why so many patients appear to experience CFS/ME following a traumatic event or serious infection.

The class of receptors TRPM3 belongs to are also known as 'threat receptors', because they're upregulated when the body is under any kind of threat, such as infection, trauma, or even childbirth.

Staines and his colleagues predict that it's this upregulation that causes the faulty genetic receptors to get over-expressed and then take over, messing up the calcium transfer in a range of cells.

For now, that's just a hypothesis. But it's a much-needed starting point for researchers to look into further.

Already, Staines and his team are working to figure out the best markers that can be used to test for these faulty receptors, so they can begin to create a CFS/ME test.

They're also looking for medications that act on these specific calcium ion channels in the hopes of finding potential treatments for the disease. Staines explained:

In the meantime, the research is a stark reminder of how serious CFS/ME can be - and how useless, and potentially even damaging, current treatment options are.

"This is a much more debilitating illness than people have realised - people die from CFS/ME because they're not taken seriously," Staines told ScienceAlert.

"The new research also suggests that exercise is just unbelievably bad as it can put the body under further stress," he added.

"This is why we're working day and night to develop a test - so that people start taking the disease seriously."

The latest research has been published in Clinical Experimental Immunology.