Being Messy is a Sign of Creativity and Intelligence, Researchers Find 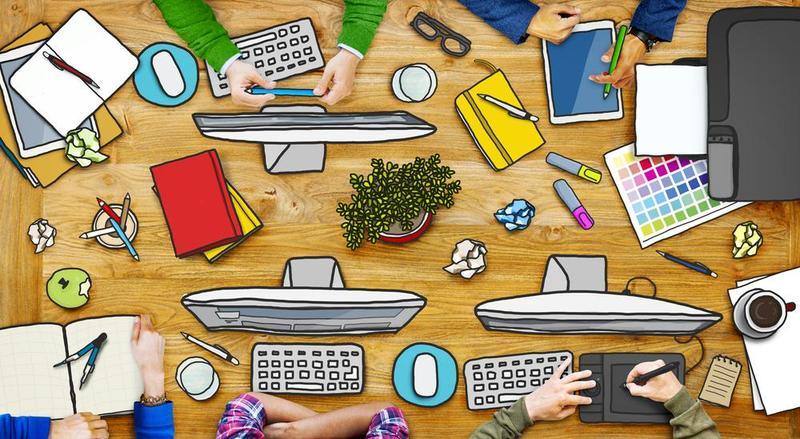 For busy people, life can sometimes feel like a battle to stave off chaos. The desk overflowing with scraps of paper, coffee cups, plants, and photographs. The kids’ room strewn with toys and drawings. If we could only get everything organized, we think, everything would work so much better.

Tim Harford, a British economist, author and journalist, has a different theory: Sometimes the mess is much, much better than precision and order. Mess, by his definition, can range from actual untidiness—which can function better than precise filing systems—to disruption, distraction, unexpected collaboration, and context-switching. All of that, Harford, says, can be extremely fruitful. Harford’s new book Messy: How to be creative and resilient in a tidy-minded world, makes a compelling case that there are a lot of areas where it pays to open up to the idea that mess is to be embraced rather than fought against. To explain where and why, he describes a kitchen. Having a place for everything makes sense, because items like baking ingredients or spoons are easy to categorize. But try translating that logic to a desk, and it starts to go wrong. Email, electronic documents, and social media content are hard to categorize and file away. Setting up a system is time-consuming, and may not work; meanwhile, more communications and tasks have piled up. Harford cites research that shows people who can better deal with information flow try less hard to catagorize and organize. Organized people, he says, can often get stuck in “premature filing,” spending time creating systems that don’t work any better than, for example, simply searching your email inbox when you want to find something.

From the desk to the bar
Our desk is where we might often battle with physical disorganization, but Harford’s book ranges across industries and scientific research. In one study, researchers looked at the effects of a strike on London’s underground train system. Commuters had to find alternate routes, resulting in long delays and annoyance. But after the strike was over, one in twenty commuters stuck with their new routes. Harford stresses that there are plenty of situations—like operating theaters, or networks of electricity cables—when standardization is necessary. But when randomness and chaos are really beneficial, humans can sometimes be very bad at embracing them. This is especially true in social situations. Because we tend to seek out people who are like ourselves to befriend and work with, true messiness can be hard to achieve. In another piece of research carried out by two psychologists in New York, a networking event was organized with a range of high-profile businesspeople and entrepreneurs. When asked why they were attending, participants said they wanted to meet new people and make contacts. Tracked with electronic tags, they did exactly the opposite: making a beeline for acquaintances and sticking with them through the evening. Harford says that while his research highlighted how random connections and interactions with strangers can produce better results—increased ability to problem-solve, to give one example—it’s one of the hardest pieces of advice to follow.

Embracing the mess
Harford started writing his book because he wanted to explore “silo thinking”—the problem exemplified by the fact that while it’s easy to publish a physics paper in a physics journal, such systems break down as soon as a paper crosses disciplines, or mixes ideas. He discovered more about his own work processes as a result. “I’m naturally a tidy person…The book has made it clearer to me why that sometimes doesn’t work. Why is it that I can keep my living my room tidy, and yet I seem to have so much trouble with my desk?” he says. “Well actually, there’s a reason. Because they’re different kinds of things, you’re dealing with different kinds of problems.” Hartford says that the research has also stopped him trying to get his three children to tidy their rooms. While he sees chaos, they might see a certain logic which is important to them, Harford explains. He also says he’s realized how personal mess can be, and that everyone—including children—need to make their own, entirely personal decisions about how to deal with it. (This does not, he notes, extend to communal space!)

Why is it that so many of us want to be tidier, but struggle with it? Harford says he doesn’t know, but has a couple of theories. First, we hate to look messy in the eyes of others, which is why we tidy our homes more when people visit. A workspace might be functional, Harford says, but “when we’re judging ourselves, and particularly when we’re judging other people we just see that it looks bad. We don’t see that it works.” The second speculation is that people get the causation backwards when it comes to messiness and stress. “When is it that your desk gets most cluttered? It’s that moment when you’re busiest, when you’re getting most stuff done, when you’re starting to feel overwhelmed,” Harford says. “But then, I think, we start blaming the mess for the fact that we feel overwhelmed,” when in fact it’s the result of the situation, not the cause. When we finally straighten up, we feel calm; but it’s less because of the tidying, he suggests, and more because of the space which opened up, allowing us to do it. The guilt that many people feel about being disorganized could be flipped into a cause for celebration, Harford suggests. “We systematically try to be tidier than we should be. We try to be more organized than we should be. And we feel very guilty when our organizational systems break down, which they often do. And we give ourselves a hard time for being messy when in fact the mess is possibly the more effective way of organizing the information.”