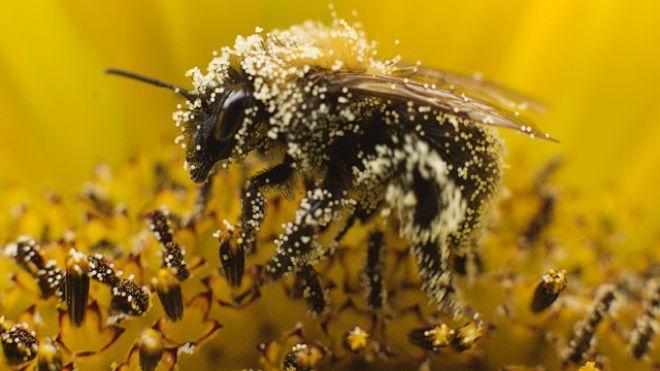 The common honeybee is a fascinating little insect that offers us humans some valuable natural foods with health-promoting benefits. These "super foods" include bee pollen, royal jelly and propolis.

Bee pollen is the pollen gathered from plants by honeybees, and brought back to their hive. Bee pollen contains all of the eight essential amino acids in amounts that vary between five to seven times the levels found in equal weights of traditional high protein foods. It also contains vitamins A, D, E, K, C and bioflavonoids, as well as the complete B-complex, especially pantothenic acid (B5) and niacin. The high levels of vitamin B5 are particularly beneficial for the adrenal glands, which are adversely effected during stress. Bee pollen has been used traditionally as an anti-aging food, and an energy food. As a matter of fact, it has been used by a number of Olympic athletes to improve their performance.

The oxidative damage caused by free radicals have been implicated in quite a number of disease processes, and is the primary factor in aging. Antioxidants are capable of providing protection, sometimes significant protection, against this oxidative damage. Interestingly, bee pollen appears to provide significant antioxidant activity, which may explain its traditional use as an anti-aging food. One animal study demonstrated that bee pollen (as well as beta-carotene oil) was able to abolish the effects of harmful ionizing radiation on the brain. This was a function of bee pollen's antioxidant properties.1 X-rays can activate lipid peroxidation (i.e., free radical activity) in the liver, and adversely affect liver glutathione (i.e., antioxidant) systems. Animal research has shown that bee pollen is able to normalize the activity of important glutathione system enzymes in the liver.2 Another study demonstrated that bee pollen was able to markedly decrease lipoperoxide levels in animals fed a limited diet, compared to animals not receiving bee pollen.3

Free radicals can also contribute towards lipofuscin, also known as age pigments and liver spots. These are commonly seen as small brownish spots on the back of hands on elderly people. Liver spots are actually an outward sign of internal toxic accumulation of lipofuscin; including, but not limited to vital nerve centers such as the brain. Such toxic accumulation of lipofuscin can block nutrient absorption in the cells. Animal research has shown that bee pollen markedly reduces lipofuscin in the cardiac muscle (heart), significantly inhibits the increase of lipofuscin in cardiac muscle, liver, brain and adrenal gland cells.4

Propolis is a resinous substance collected from various plants by bees. It is used in the construction of, and to seal the cracks in, the beehive. For this reason, propolis is often referred to as "bee glue." It is a mixture of resin, essential oils and waxes, and also contains amino acids, minerals, ethanol, vitamin A, B complex, E, and flavonoids.7 In addition to its construction adhesive application, propolis also has antimicrobial properties, which helps to prevent microorganisms from entering the hive and causing illness.

Some interesting dental studies have also been conducted on the value of propolis, including its antibacterial properties. In one study, propolis was found to inhibit certain enzymes and bacteria that are chief culprits in the formation of dental caries (cavities).14 Other research on propolis has also demonstrated a similar antibacterial effect, including a reduction of bacteria in saliva.15

Another dental-related value of propolis is its desensitizing properties for teeth. In one study, propolis was administered to 26 women over a period of four weeks. The women were tested for teeth sensitivity by two methods: 1) cold air stimuli, and 2) subjective reporting of pain. Eighty-five percent of the subjects in this study reported that they were highly satisfied; the propolis had significant desensitizing effects on their sensitive teeth.16

Besides its antibacterial properties, propolis has also demonstrated significant antiviral properties, particularly where cold viruses are concerned. For example, in one study, preschool and school children were treated with propolis during the cold season. Favorable effects of propolis treatment were observed, including a lowering of the number of cases of common cold with acute or chronic symptoms, and decrease and suppression of the viruses and other microbes in the upper airways.17 Other research demonstrated that propolis was effective in shortening the duration of a cold. Specifically, regression of symptoms occurred in the first day of propolis therapy, and the complete recovery followed in one day in five patients, in two days in16, and in three days in three. The placebo group had full recovery in 4.80 days. In the propolis-treated group the symptoms lasted 2.5 times shorter than in placebo one.18

Propolis also has promising antiviral properties against herpes viruses.19 In-vitro research has shown that propolis has activity against herpes simplex virus type 1, reducing viral activity and replication.20 Other in-vitro research has also shown that the flavonoids found in propolis caused a reduction of intracellular replication of herpes virus strains.21

Finally, in one in-vitro study propolis was found to suppress the replication of HIV 1 virus, as well as modulate immune responses.22

Two to four tablets of propolis daily are typically used.

Royal jelly is a substance produced by worker honeybees. If fed to an ordinary female bee in the larval stage, royal jelly will transform her into the queen bee. As a queen, she will grow 1½ times normal size, become extremely fertile and lay over a thousand eggs each day. Incredibly, she may live over five years while all the other bees live only a few weeks. The only difference is that she receives royal jelly while the others don't.

The chemistry of royal jelly

Royal jelly is a complex mixture of proteins (12%), sugar (12%), fats (6%) and variable amounts of minerals vitamins and pheromones. About 15 percent of royal jelly is 10-hydroxy-trans-(2)-decanoic acid (HDA), which is probably the substance that causes the queen bee to grow so large. Royal jelly is particularly rich in B vitamins, with pantothenic acid dominating.

Royal jelly has a history of folk use as a skin tonic and hair growth stimulant. The skin benefits are supposed to include a nourishing process that reduces wrinkles, although there is no actual scientific research that supports these claims (or the hair growth claims). Royal jelly has also been considered to be a general tonic that has a general systemic action rather than any specific biological function, which benefits menopause and sexual performance. Perhaps it's most significant use has been as an aid for increasing energy.