SELFFAMILYSOCIETYHUMANITYEARTHUNIVERSEDIVINE
Home/Standing in Solidarity: Why we must rise up against racism

Standing in Solidarity: Why we must rise up against racism 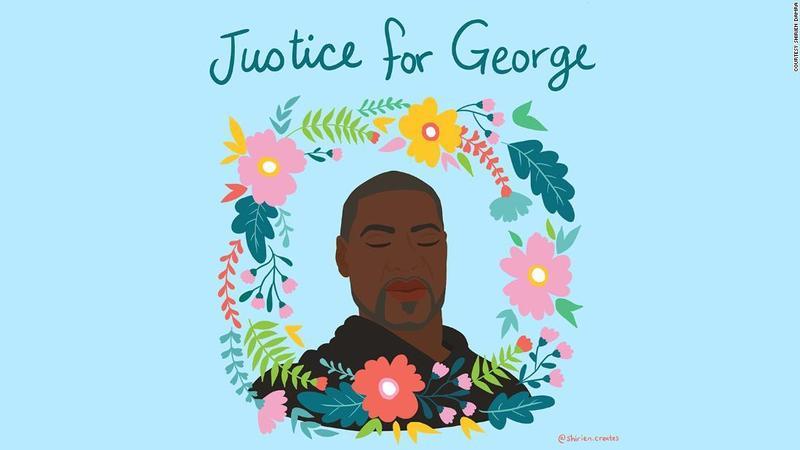 Standing in Solidarity: Why we must rise up against racism.

The past couple of days have been emotional and heavy. I have been learning about racism and reflecting on my experiences as a Chinese-Canadian growing up in a small remote Northern town. I have been feeling so disgusted, confused, hurt, angry, and disillusioned.

I have always felt the toxic winds of racism: Growing up, my friends chanting "me Chinese, me no dumb, me stick finger up my bum", my friends making fun of my "small Chinese penis", and even experiencing racism even in medical school...

I was in my third year of training and I was learning and working in a local hospital. One afternoon, a group of White male doctors were "shocked seeing so many Asians in one department" and proceeded with racial slurs and seemingly harmless jokes towards me, three other Chinese resident doctors, and even towards another Chinese doctor for several days.

It is humiliating, disturbing, frustrating, and disgusting looking back at it now. However at the time, me and the other Chinese residents and including the doctor, not only didn't stand up for ourselves or speak out against it, but we actually joined in on the "joke" and were laughing and playing along.

One of the White Male doctors in the group commented, "it's like Thing 1 and Thing 2! I can't tell the difference between you all!".

While the other white doctor in the lounge was chuckling and broadcasted, "I can't wait until Dr. X hears about this!" as he was texting his other White Male colleague...

I always felt like I didn't belong growing up in a small rural town and I desperately wanted to fit in. I remember when I was 8 years old and crying and screaming at my mom one morning before going to school. I was refusing to have to bring a Chinese lunch of leftover dinner to school. I was one of two Chinese students in my class at that time. I wanted to be like my White friends and bring a ham sandwich or a Lunchable. I didn't want to be made fun of anymore for my "weird and smelly" lunches.

Wanna know the most the twisted and insidious part that I didn't realize about my past?

At a young age I was assimilated into a system that is systemically racist and pro-White. I learned that the Chinese race is inferior to the White race: I desperately wanted to be White. And I become ashamed of my own race. I still hold unconscious racist beliefs and biases towards Chinese people and other people of colour, especially Black people.

**that doesn't mean I act explicitly racist towards BIPOC**

I have been largely ignorant of the systemic racism that still exists today in the 21st century. I have been swimming in the waters of Systemic Racism and White Supremacist beliefs and attitudes for my whole life.

Not only was I unaware of the water that I was swimming in (and I am becoming aware that I have a lot of unlearning and relearning to do), I was drinking from the water and I learned to develop inward racism towards Chinese people, and racist beliefs towards other BIPOC.

I just think racism is within each and every one of us. It's everyone's responsibility to figure out how they deal with this kind of obsolete instinct.

This may have made you super uncomfortable. And if it has, I commend you for being with your discomfort and reading this far.

I get it. It's unpleasant questioning and thinking about our privileges, racism, and whether if we have been part of the problem...

If you are White, and this may be your first time confronting the privileges you were born into and becoming aware of the systemic racism that discriminated and continues to discriminate, and even murder countless people of colour every single day. I honour you for reading up until now.

I get it. Maybe like me, you are feeling ashamed and guilty being unaware of the systemic racism that still exists today in 2020.

This is uncomfortable, emotional, and saddening. This may bring up intense feelings of disgust, anger, guilt, shame, and/or disbelief.

All these feelings are justified and okay.

What is not okay, is for us to remain blissfully ignorant and quiet about the issue at hand.

- Ibram X. Kendi, How to Be an Antiracist

My previous experience of racism in medical school roars into a crescendo near the end of my surgery rotation.

nobody spoke up. The racial slurs continued for days. The ongoing racial slurs and teasing built up into a crescendoing moment that has burnt a lasting imprint in my mind.

One afternoon, one of the White doctors noticed all of "us Asians" were all there in the lounge room. He proceeded to request that we stand next in a group so that he can take a photo of all us Asians.

There were four other White doctors in the lounge. None of them spoke up.

If you are neutral in situations of injustice, you have chosen the side of the oppressor. If an elephant has its foot on the tail of a mouse and you say that you are neutral, the mouse will not appreciate your neutrality.

From 7 Ways We Know Systemic Racism Is Real by Scott Woods:

In fact, racism is built right into every level of our society in ways that might surprise you.

Racism of this kind, racism that infects the very structure of our society, is called systemic racism. And at first glance, it may be difficult to detect...

The problem is that white people see racism as conscious hate, when racism is bigger than that. Racism is a complex system of social and political levers and pulleys set up generations ago to continue working on the behalf of whites at other people’s expense, whether whites know/like it or not. Racism is an insidious cultural disease. It is so insidious that it doesn’t care if you are a white person who likes black people; it’s still going to find a way to infect how you deal with people who don’t look like you.

If you, were like me, and have been pleasantly blissed and ignorant towards the degree of racism that still exists today... it's time for us to wake up:

RACISM IS LIVE AND THRIVING TODAY IN THE 21ST CENTURY.

Racism is a blight on the human conscience. The idea that any people can be inferior to another, to the point where those who consider themselves superior define and treat the rest as subhuman, denies the humanity even of those who elevate themselves to the status of gods.

Our Black brothers and sisters are suffering.

Slavery hasn't ended: it's taken a new form through systemic racism, a prison-industrial complex and mass incarcerations in the U.S., racist policies and legislation, and police brutality.

We are all embedded and raised in a systemic racist system born out of a White Supremacist history. We will need to actively address and change our learned racist tendencies starting with ourselves and we need to take part in the difficult conversation with our friends and loved ones.

In a racist society it is not enough to be non-racist, we must be anti-racist.

If you are White and you are reading this I ain't mad at you. But, I will be hurt and angry if you look away because this is challenging racially.

You may be feeling angry, defensive, fearful, and guilty too. And maybe you want to argue. Absolutely cool, let's talk about it. But, please, please don't remain silent and ignore the issue. Remaining quiet is reinstating white racial equilibrium and preventing any meaning cross-racial dialogue.

I may be Chinese, and I may have "yellow skin", and I may look different than you, but we aren't inherently different (biologically, genetically, neurologically, psychologically): we are all human beings — in our hearts, we are loving, kind, and compassionate sentient beings.

No one is born hating another person because of the colour of his skin, or his background, or his religion.

I don't believe in blaming nor becoming racist towards White people — This approach is unhelpful and will add to the issue. I believe in forgiveness and change. I believe in accountability. I believe privileged people and leaders in power need to rise up to the challenge.

Like I said, I believe that we are genuinely compassionate and kind sentient beings. We need to rise up together and stand up against racism in solidarity. We need to learn how we can become anti-racist and unlearn our conditionings that perpetuate White Supremactic values. Being neutral and quiet is adding to the problem!

We must wake up individually and as a collective society.

We need to educate and re-educate ourselves. It is never too late to learn and shine light towards our own ignorance. We need to have these difficult conversations with friends, family, and our communities about systemic racism and White privilege.

We must stay open. Learn. Connect. Examine. Re-examine. Remain open. Cry if we have to. Be accountable.

Stand up for our BIPOC brothers and sisters.

You and I, we must be a light for peace, for justice, and for all that is good.

This will be uncomfortable, internally and externally, as we transform ourselves on this daunting sounding task: We will have to examine some of our demons, but this is necessary for healing and transforming ourselves so we can become even more available, capable, compassionate, understanding, and strong: joining our Black brothers and sisters, and other people of colour, in solidarity against racism. ✊