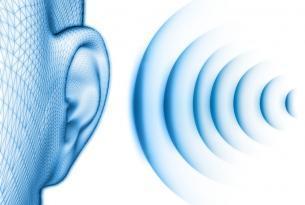 Sound Therapy International aims to raise world wide awareness so that all associated specialties and professions will include Sound Therapy in their recommendations. A summary of the science of the Tomatis method and ongoing sound therapy research is given here, references included.

In the 1940s Dr Tomatis, a Paris based ear, nose and throat specialist conducted clinical trials with singers, aeroplane mechanics and others to determine how their hearing was affected and whether it could be improved.

He went on to develop a method of treatment which addresses hearing and listening from both the physical and the psychological aspects. Through his experiments he also discovered that high frequency sounds, softly played stimulate and replenish brain energy, and are in fact essential for optimum functioning of the cortex.

As his initial concern was with hearing loss, Tomatis’ first experiments dealt with altering the auditory curve.

When there is loss of hearing in a particular frequency it is generally not a total loss – it just means that those frequencies where there is a scotoma are heard at a lower level. Tomatis designed an apparatus called the Electronic Ear, which could manipulate the frequencies of sounds, so it could match a sound to the person’s auditory curve, or it could do the opposite. It could boost the deficient frequencies to make the person hear as a normal ear would hear.

Initially Tomatis worked with singers who had lost certain frequencies from their voices. He found that the dead spots in the voice exactly matched the dead spots on the audiogram, and by correcting the hearing with the Electronic Ear he could restore the missing frequencies to the voice.

Thus he formed his first law: “The voice contains only those sounds that the ear can hear.” This discovery was given official recognition in 1957 by the French Academy of Science as the “Tomatis Effect.” In 1958 Tomatis’ invention, the Electronic Ear won a gold medal for scientific research at the Brussels International Exposition.

The Self Help Method

Patricia Joudry, a Canadian author, underwent the Tomatis treatment in the late 1970s and experienced total relief of her chronic insomnia, exhaustion, writers block and the listening disorder for which she was first referred to the treatment. This is known as “The Cocktail Effect”, which is the inability to discriminate between different sounds in a noisy environment.

Patricia and her daughter, Rafaele Joudry, then released the self help Sound Therapy audio program along with their book: Sound Therapy: Music to Recharge your Brain. Rafaele has since published two further books entitled Triumph Over Tinnitus and Why Aren’t I learning?

In the last few decades there have been numerous controlled studies, surveys, clinical experiments and case histories, which confirm the benefits of the Tomatis method for a variety of conditions. A summary of these sound therapy research studies follows.

Jordan (1989) treated between two and three hundred people who had been seen by an ENT specialist and told that nothing could be done for their tinnitus. He undertook a clinical study and reported that for the majority of patients Sound Therapy alleviated their tinnitus to the point where they were able to enjoy life a lot more. Some of the younger patients achieved total remission and as they were not on any medication there were no apparent contributing factors other than the Sound Therapy. A number of Jordan’s patients also reported an improvement in their hearing.

Rintel and Rintel (1995) conducted a study in Brisbane in 1995 using the Joudry Sound Therapy program on children in a remedial learning program. An experimental and a control group were used, each consisting of seven children. Five normed tests were administrated to the children. The general trend was that the experimental group advanced faster than the control group in Distractibility, Overactive behaviour, Reading improvement, Left/right confusion and Misinterpretation of questions.

Bell, (1991) ran a case study using the Joudry program on a Year 2 boy with delayed development who showed improved social behaviour and began to read.

Weiss (1985) found that three theatre students after seven months of Sound Therapy showed a shift of vocal energy to the higher frequencies and better articulation.

Wilson (1982) found pre-school language disordered children showed statistically significant improvement in their ability to express thoughts and feelings in words. The study gives a strong indication that the Tomatis approach is useful when used with pre-school learning disabled children.

Jaarsveld (1974) found in a group of 43 stutterers, 82% got significant relief from the treatment and 54% retained the improvement for a year or more.

Gilmor (1982) Found improvement in children and adolescents’ self concept, social and family relations and certain language and motor skills.

Rourke and Russel (1982) compared experimental and control groups and found improvement in IQ of learning disabled children under Tomatis treatment.

Roy and Roy (1980) examined the effect of the Tomatis method on five dyslexic boys and showed improved cognitive control and audio-vocal control in four of the subjects.

Peche (1975) studied a group of 10 students and found that Sound Therapy helps to alleviate anxiety and remove psychic blocks, indicating its benefits in conjunction with psychotherapy.

Botes (1979) found improved relationships and self-concept in an in depth study of three clients with neurotic depression.

Du Plesis (1982) in a long term study over 14 months with subjects carefully selected from a survey of 424 people, showed improved mental health and self actualization for both 10 anxious and 10 non anxious people as compared to a control group.