Ayurveda meets modern medicine, with a little help from genomics 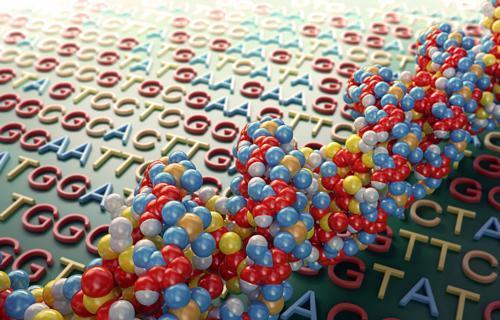 Modern medicine is moving towards a more personalised approach. Genome sequencing is an effort in that direction. Genetic expression variations in an entire set of genes are compared between humans to identify links of diseases to particular genes. Based on these differences, it can be deduced, even in advance, what diseases a person might be susceptible to or what drug might be most suitable. In that case, treatment can even be predictive. At the same time, there is a growing interest in ayurveda, a 5,000-year-old system of traditional medicine.

Ayurveda is usually considered to be completely delinked from modern medicine. We at IGIB, however, have been working for the last 15 years to find the connections between ayurveda and modern science, using genomics. Our research has produced some very promising insights into how ayurveda can be integrated with modern medicine for a much more effective treatment. Ayurveda classifies healthy people on the basis of what it calls prakriti, that literally translates to nature, in English. Every person is supposed to have a fixed prakriti that is decided by three elements or tridosha. They are VPK: vata (V) that governs the kinetics of the human body; pitta (P), which is responsible for metabolism; and kapha (K) that is an indication of structure and stability of a person. Depending on the different proportions of these three elements found in people, ayurveda has seven classifications of prakriti.

Prakriti manifests itself in a person’s outer appearance, such as body frame, skin and hair type, metabolism, physical and mental activity, including response to environment etc. A disease is seen as vikriti, or perturbation of ‘VPK’ from its baseline pattern (prakriti). Ayurveda attempts to treat a person by removing the vikriti. In that way, it does not target the disease but the disturbance or distortion that led to a change in ‘VPK’ and restores a person’s prakriti. People of same prakriti often respond to similar treatment.

That being the case, in 2002, we started out by trying to see whether the classification of prakriti in ayurveda had any parallels with a person’s gene expression patterns. We wanted to see whether people of similar prakriti belonged to a similar gene pool. After a few years of work, we were able to show, in 2008, that this indeed was the case. People of same prakriti showed similar gene expression, and this was distinctly different from people of another prakriti.

A bigger breakthrough came two years later, when we were able to produce much stronger evidence of the link. We were observing differences in oxygen sensor gene among prakriti individuals that help human beings calibrate their bodily activities according to the amount of oxygen supply. This gene senses low oxygen levels and helps the body adapt accordingly by modulating its physiology. This sensory gene is very active in people who live in high altitudes. Pitta group are more like residents of high-altitude areas, whereas kapha group are more similar to those who develop pulmonary oedema in high altitudes.

Thus, adaptability to high altitudes might be predicted on the basis of the prakriti of a person. Our findings were published in the Proceedings of the National Academy of Sciences (PNAS) journal in the US. We are now testing the effect of ayurveda-based phytopharmaceuticals in relevant disease conditions using the approach of ‘Ayurgenomics’ — integration of the knowledge of ayurveda and genomics. We have started a new unit at IGIB called ‘TRISUTRA’ dedicated to the study of Ayurgenomics and have established teams in five cities that have ayurveda hospitals. These hospitals are currently conducting prakriti screening in 20,000 people to further validate our results. Several doctors from AIIMS and other hospitals are also collaborating with us on this project.

by The Indian Express