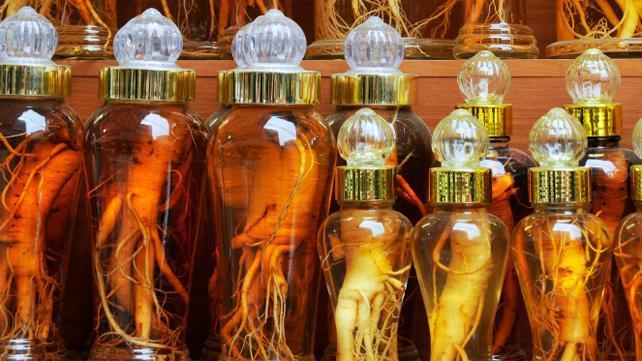 When you’re living with erectile dysfunction (ED), you’ll consider doing just about anything to get your sex life back on track. Eating roots like ginseng -- fine. Drinking special juices like pomegranate -- tasty. Even becoming a human pin-cushion for a treatment like acupuncture -- bring it on.

But do any of these things really work? Eric Laborde, MD, a spokesman for the American Urological Association, is skeptical.

“There is a huge placebo effect with erectile dysfunction,” he says. “I could give you anything and tell you it’ll work and it will in the short term.” For that reason, he says, what little studies that have been done on herbal remedies are less than convincing.

On the other hand, Geo Espinosa, director of the Integrative Urological Center at NYU Langone Medical Center, says there are some natural alternatives to popular ED medicines. Take them with your doctor’s OK, and they can help you get and keep an erection.

“It’s not like you go into the forest and just eat a leaf,” he says. “You don’t take them right before sex. But there are real natural approaches that work by building up sexual health over time.”

These natural alternatives to ED drugs are widely used. Each comes with its own set of pros and cons.

Acupuncture: This traditional Chinese needle therapy is said to boost blood flow. It’s most often used to treat chronic headaches and back pain. But some men have found it works for erectile dysfunction.

While some studies back up acupuncture’s claim to work for ED, the evidence is rather scant.

Arginine: It's found naturally in food, and it relaxes blood vessels and is used to treat heart problems. Doctors think it boosts circulation to the penis, but Espinosa says he doesn’t recommend it much because the body metabolizes it so quickly. “You need a lot and you need to take it frequently for it to work,” he says.

Instead, Espinosa suggests taking L-citrulline, which helps your body make more arginine. But, he warns, high doses can lower your blood pressure.

DHEA: The hormone that your body converts into testosterone might sound like the most natural salve for a lagging love life. Sometimes it can help ED, but that’s not always the case.

“If your testosterone is low, then that might be playing a role” in your erectile dysfunction, Laborde says. “But if it’s normal, making more testosterone is not going to help you.”

Ginkgo Biloba: One of the best-selling herbal remedies in the U.S. and Europe, extracts from this species of tree can boost blood flow. It’s widely used to treat blood disorders and memory issues, but some people use it to treat ED.

“The downside is: It just doesn’t work,” Laborde says. Meanwhile the possible side effects can include increased bleeding, convulsions, diarrhea, and upset stomach.

Espinosa says he recommends ginkgo more for the brain than for erectile dysfunction.

Ginseng: Korean red ginseng is a widely used herbal ED remedy. That’s partly because it’s been shown in studies to do some good -- even though researchers still can’t quite explain how it works.

“If someone really wants an herbal supplement, I’ll recommend ginseng,” Laborde says. “At least it’s not going to hurt you.”

Espinosa says the herb generally boosts energy, and he recommends it more to balance out your whole body as opposed to targeting ED. It has been linked to low blood pressure.

Pomegranate: Juice and extract from this fruit is known for being packed with nutrients. But Espinosa says it can also help arteries expand and remain supple. While no real proof ties it to erectile dysfunction, he suggests it to his patients for its overall health benefits.

Rhodiola Rosea: Also known as “golden root,” this plant is a relatively new herbal remedy in the U.S. It’s been used to boost endurance and sexual function in Russian folk medicine for decades.

Espinosa says it can ease symptoms of exhaustion and ED. And it’s less likely to leave you feeling wired than some other products. The side effects are minimal, he says, both in his experience and in the studies he’s seen.

Yohimbe: For years the bark from this African tree was a go-to supplement for ED. Some clinical trials have shown improvement for people who have sexual problems due to depression meds.

But the list of side effects includes increased blood pressure, fast or irregular heartbeat, and anxiety. Make sure you talk to your doctor before you try it.