An Elemental Primer: Use of Elemental Diets in IBD and IBS 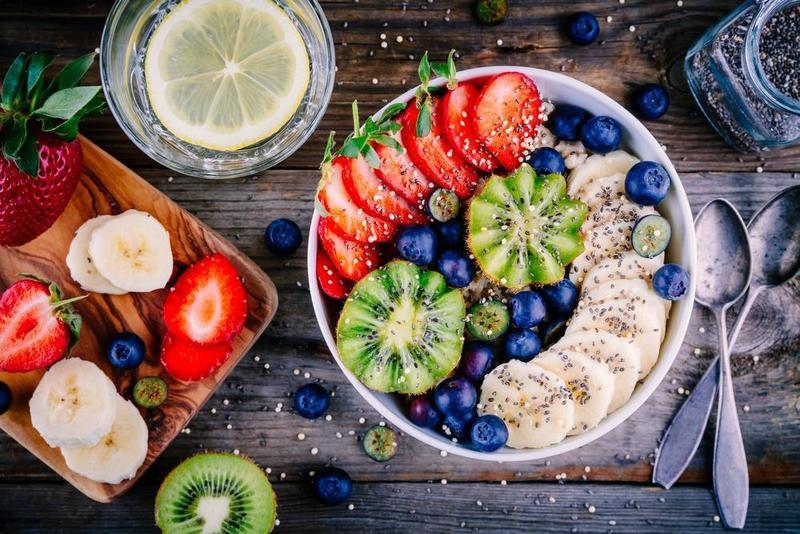 In an article  Dr. Gary Weiner explains the history, use of and possible benefits to utilizing the elemental diet for IBS and IBD. This is part of our in depth series of posts on IBS (Irritable Bowel Syndrome), IBD (Inflammatory Bowel Disease) and SIBO (Small Intestinal Bacterial Overgrowth).

Previously in this series, Dr. Weiner wrote about the differences between IBS, IBD, and SIBO, Treating IBD, and The IBS Within the IBD. Look forward to the second part of this elemental primer and additional videos and summary articles including posts related to the use of Chinese Medicine and Acupuncture as treatments for IBS, IBD, and SIBO.

Read the full text of the original article here.

The elemental diet (ED) has enjoyed a revival in the naturopathic community largely due to the efforts of Drs Allison Siebecker and Steven Sandberg-Lewis, who have consistently presented it as 1 of 4 treatment options for small intestinal bacterial overgrowth (SIBO).1 The recent availability of more palatable, higher quality ED products, and Dr Siebecker’s promotion of homemade elemental diets for SIBO2 have likely increased the ED’s use among physicians whose patients are often exasperated with conventional treatment of IBS that fails to account for the prevalence of SIBO in this disorder.

Using an ED to treat SIBO is a minor indication for this old dietary management approach when compared to its principal use in inducing remission of Crohn’s disease (CD) and resolving nutritional deficits in inflammatory bowel disease (IBD).

Historically, IBS has been considered a purely “functional” disorder. In a large subset of cases, however, IBS is now appreciated as an “organic,” dysbiotic phenomenon, often with SIBO at its epicenter.3 This awareness is helping to shed new light on the elemental diet.

The fact that a single dietary management strategy can influence both IBS and IBD makes sense when we visualize IBS and IBD on a continuum (with the intersection point of dysbiosis) and consider the shared features of inflammation, immune activation, altered intestinal permeability and microbiome, cytokine imbalances,4,5 and SIBO.6,7 Both IBD and IBS can also lead to significant nutritional losses, which an ED effectively corrects while simultaneously impacting misshapen microbiomes. Remarkably, the ED’s multi-factorial mechanism of action8,9 can support the induction or maintenance of remission of both IBS and IBD.

WHAT IS AN ELEMENTAL DIET?

The word elemental is partially defined as something “fundamental,” “simple,” and “uncomplicated.”10Indeed, the term “elemental diet” nearly describes the thing – a “chemically defined” medical food composed of breakdown products of protein, carbohydrates, and fats, along with essential vitamins and minerals, delivered to the patient through a nasogastric tube in a hospital (or home) setting, or as a liquid beverage, much like a meal replacement or cleansing product.

What distinguishes an ED from typical meal replacement is its defining feature: pure, free-form amino acids, devoid of the whole proteins of polymeric feeds or the small peptides of a semi-elemental diet. These amino acids are joined by a carbohydrate component consisting of monomers of glucose, dextrose, or the very weak oligosaccharide, maltodextrin. High sugar content is required to meet the energy requirements of the exclusive nutrition the ED provides in most therapeutic regimens. The fats are commonly in the form of medium-chain triglycerides, combining stability and bioavailability. Fat content is minimal in most of these products, given the role of high-fat diets in the pathogenesis of IBD.11 Finally, vitamins and minerals are included, in amounts that meet RDA requirements.

ED studies, mostly focused on CD data, are inconclusive in describing a single or central mechanism of action that explains how the diet induces and maintains remission in IBD. The following factors have been proposed as possible mechanisms of action13-15:

decreased antigenicity (due to the absence of antigenic whole proteins, small peptides, and particles)

decreased malabsorption (possibly resulting from the ED’s ability to eradicate SIBO, which can be produced by IBD)

alteration of the microbiota (possibly a central mechanism of action 16 )

A hypothesized mechanism of action for the ED in cases of IBS with SIBO is that rapid absorption and assimilation of elemental nutrients leave minimal substrate for more distal bacteria. Pimentel and colleagues, however, propose 3 additional mechanisms of action to consider for SIBO17:

Since no research supports any one mechanism of action, it may be best to visualize a confluence of mechanisms impacting an unstable intestinal environment.

Standard indications for an elemental diet in the conventional literature are few, even though the ED is likely the most researched dietary management strategy in gastroenterology.

For primary indications, the ED is well supported to induce and maintain remission of acute CD in children and adults.22 As a first-line treatment for pediatric CD, numerous studies demonstrate comparable efficacy to steroids for inducing remission.23 Given the ED’s ability to stimulate mucosal healing and to address the growth and development issues in child and adolescent CD while also avoiding steroidal side effects, the ED might well be superior. Nonetheless, the ED is underutilized in North America compared to Europe and Japan.24 It is also underutilized in adult CD, where it is well supported not only for induction but maintenance of remission.25 Maintenance studies have focused on replacement of partial or “half” of daily calories with an ED, supplementing the other half with an unrestricted diet.26 This research demonstrates great efficacy for the “Half-ED” to lower relapse rates and arguably constitutes a maintenance strategy. Regardless of positive research on the exclusive or partial use of ED, poor compliance, usually due to taste, is often the reason stated for favoring alternative treatment methods.

While the ED is not indicated for induction or maintenance of remission of ulcerative colitis (UC), it is prominently indicated in both CD and UC for the malnutrition that can accompany either disease.27 While malnutrition is more prominent in CD than UC, given the small intestine involvement and concomitant frank nutritional deficits featured in CD, nutritional losses in UC patients can also be addressed by the ED.28 Regarding remission in IBD, CD-focused studies have suggested that elemental nutrition is less effective in inducing remission the more distal the pathology.22 This may explain why the ED is often less effective at inducing remission in UC. Given the proximal absorption of ED and the fact that UC begins distally in the rectum, with the left colon being a frequent locus of disease activity, there may be limits to the therapeutic reach of the ED’s direct effect, if it has one. At the same time, the ED may be unable to penetrate the sheer density of colonic bacteria compared to relative paucity more proximally. Refractory cases of UC may yet merit trials. Meanwhile, the ED can influence the nutritional losses common in UC, as well as treat the SIBO that often co-exists with or is caused by IBD.6,7

The ED is also indicated for the perioperative nutritional needs in GI diseases before29 and after30 bowel surgeries, effectively increasing nutrient status and rates of healing, and decreasing hospitalization time.

Finally, the diet is indicated for eosinophilic esophagitis; studies show it as a viable first-line treatment inducing remission.